Who doesn’t remember Fast Times At Ridgemont High? Kidding it came out back in 1982, way before most people reading this were born, but it’s a classic coming of age comedy. Starring Hollywood Legend Sean Penn (way before he was interviewing the likes of El Chapo) and Jennifer Jason Leigh, the film follows a bunch of high schoolers and the shenanigans they engage in their sophomore year. Sean Penn’s loveable stoner character Jeff Spicoli helped launch the Checkerboard Slip Ons into superstardom in the film, and they’ve been a staple in sneaker culture ever since.

Now Vans is reissuing the classic sneakers for the first time since the films release, constructing them the same way as the 1982 originals, but this time complete with special midsole branding. It also features a 10oz heavyweight checkerboard canvas for the upper, A Fast Times print wrapped around the midsole, and a UltraCush footbed for the cushioning set up.

A retail price and release date has yet to be announced yet, but we do know that the stylish slip ons will be available in March via the Vans Webstore. They’re set to be released in limited quantities though, so no doubt you better jump on them quick before the Jeff Spicolis of the world beat you to it. 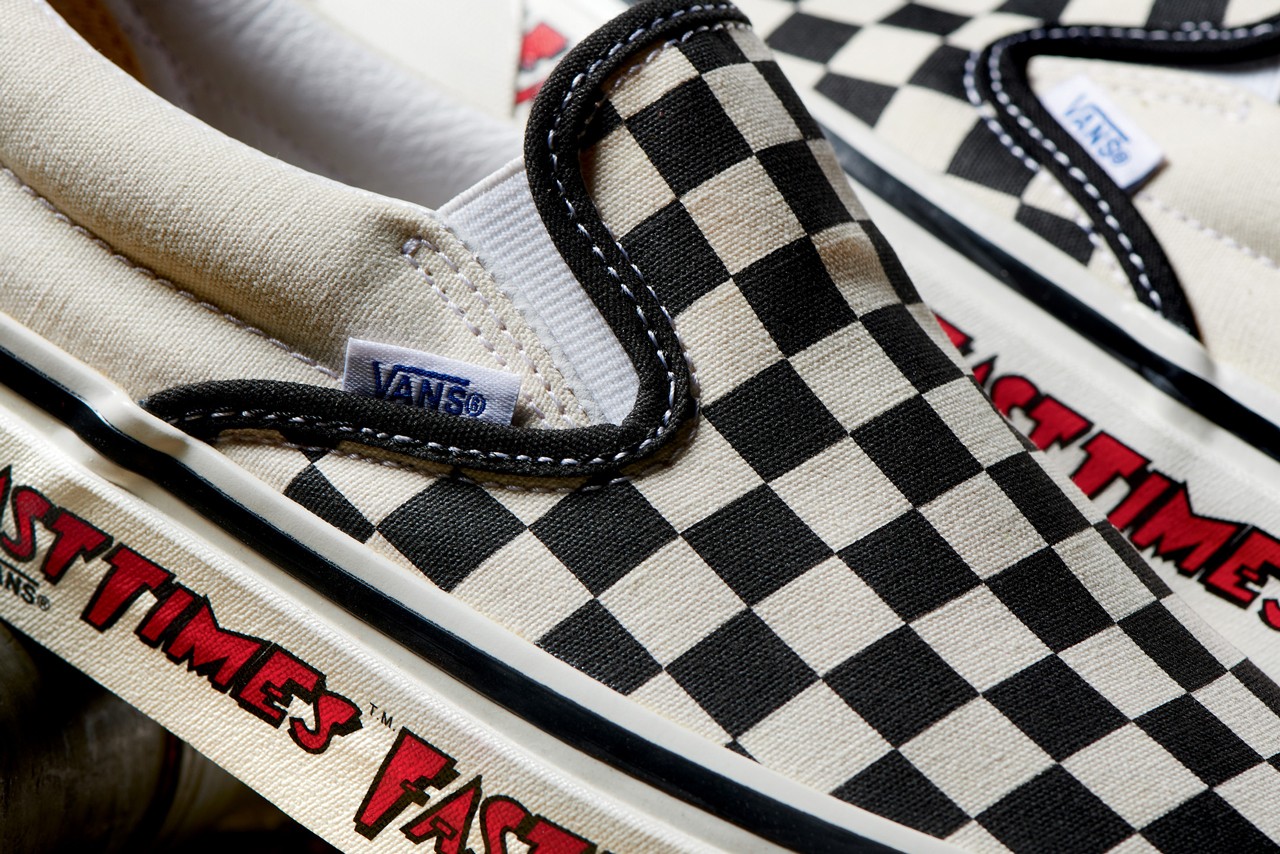 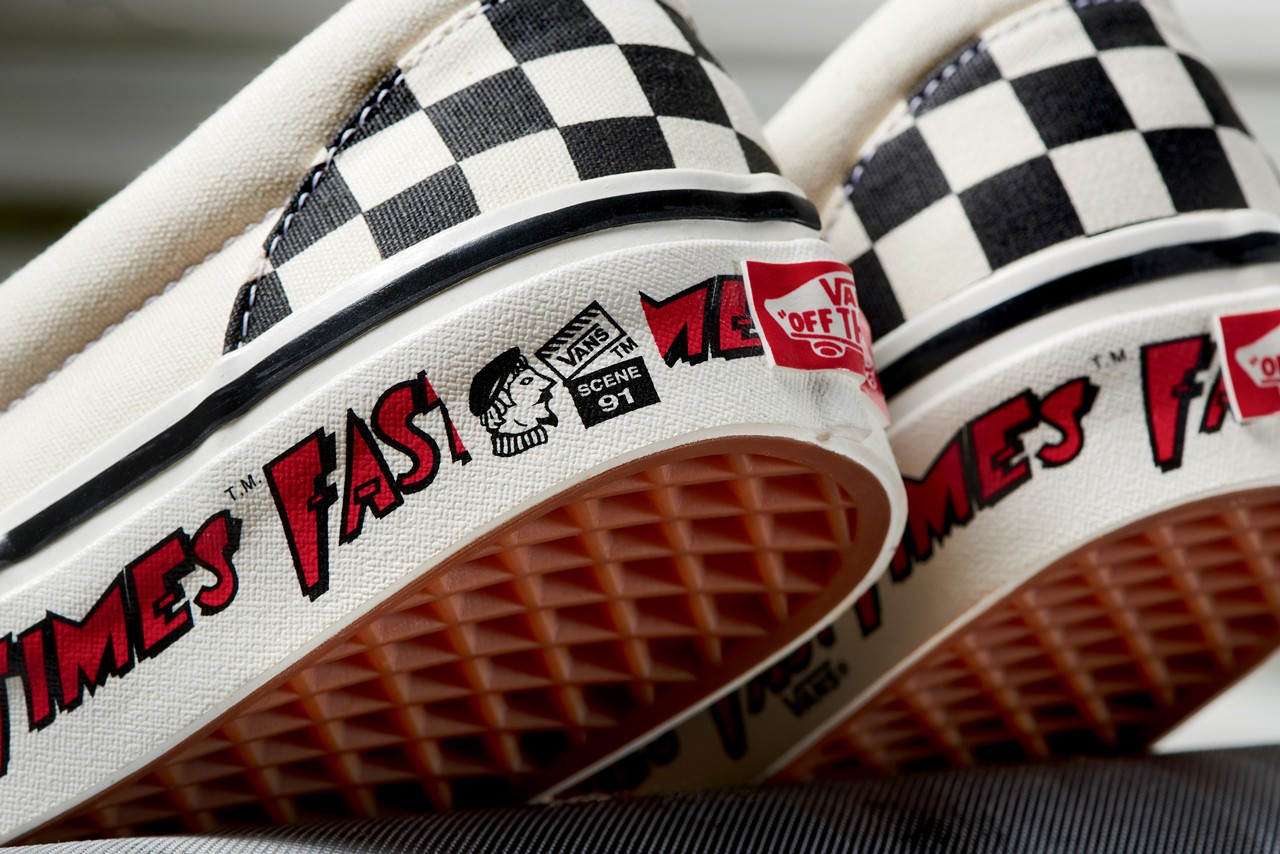