The event is happening at ANZ Stadium on February 16.

News has emerged that Celeste Barber – off the back of raising over $50 million for those affected by the bushfire crisis – will be hosting the Fire Fight concert in Sydney next month. The lineup will undoubtedly have punters both at home and abroad licking their lips, with more big names than a party at Freddie Mercury’s place.

UK rock giants Queen will perform with Adam Lambert filling in for the great frontman, they’ll be joined by Alice Cooper, KD Lang and Olivia Newton-John, as well as a boatload of Aussie acts who are good enough to be headlining festivals of their own. Check out the full lineup below and head here to get tickets to the event (available from midday): 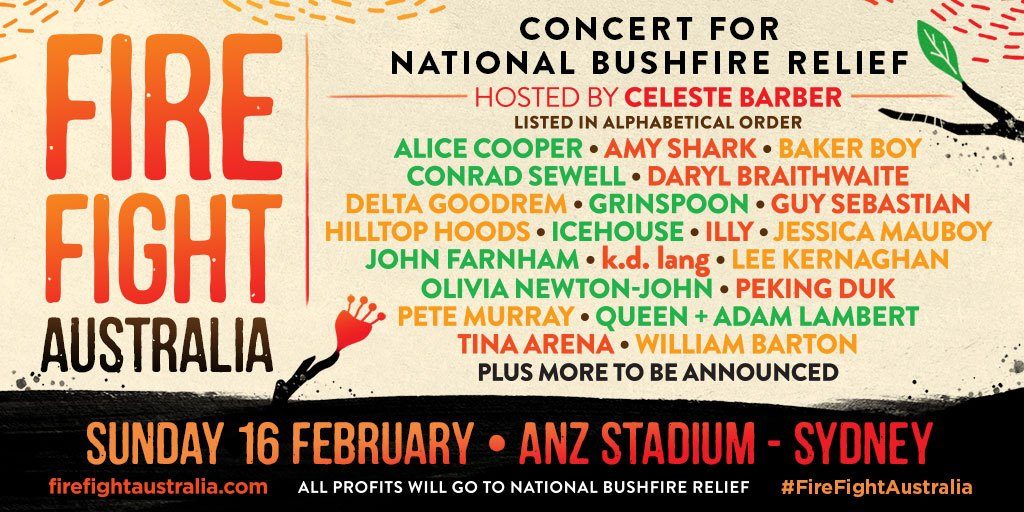 4m Watch: An Awkward But Hilarious Interview With The Chats
Title says it all.