Fresh off the back of playing the largest snow-music festival in the Southern Hemisphere, Snowtunes, we caught up with Australia’s favourite pizza guy. Amidst the disco, house, soul cuts and snow, check out what Touch Sensitive had to say about warming up a frozen festival below:

How was the JBL stage at Snowtunes?

It was coldish – actually freezing – to begin with, but body heat from the crowd helped me out. At first I couldn’t feel my fingers. Also it was nice to see Ashton shuffle! I hadn’t seen those guys in what felt like years.

Is it harder to get the crowd moving in the colder climate? Or are people ready to get themselves warm with a little boogie?

No not at all but they were dressed for the occasion. I was under dressed. I always under estimate the cold, maybe because I already have a bit to carry around so with extra clothes I drop the ball. The crowd was great. They were nice and if they read this, thank you. 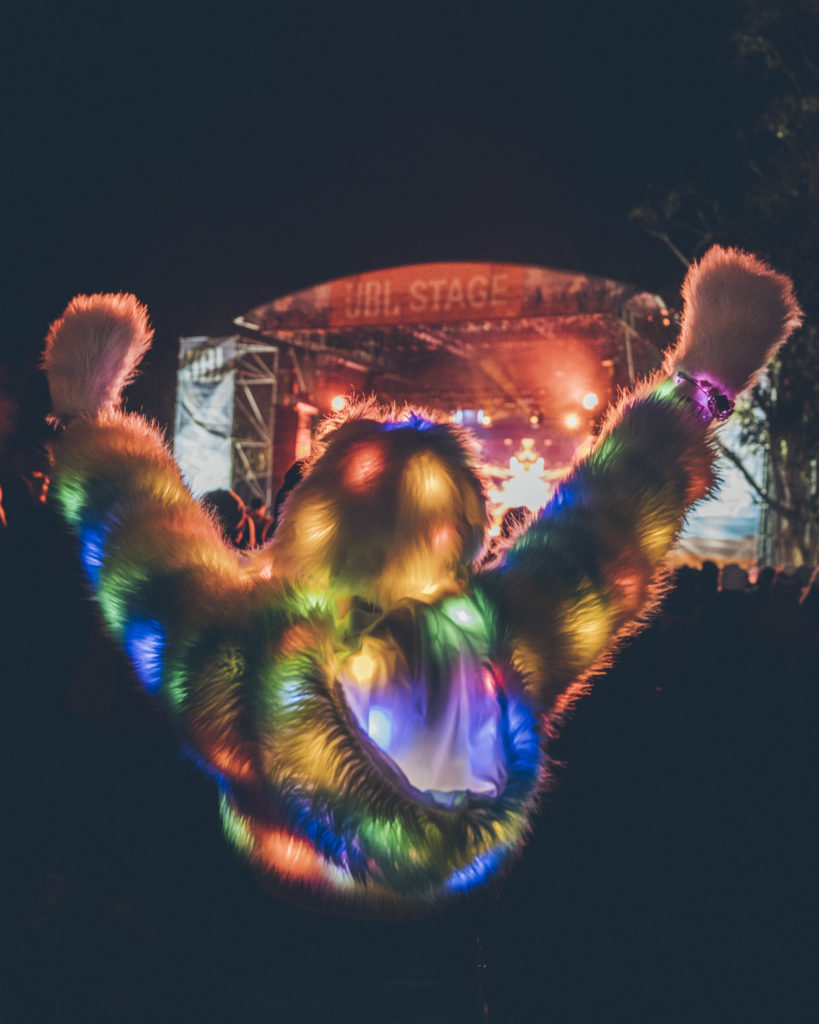 You’ve backed up Visions with a bunch of awesome singles. Is there a TS album around the corner? How long are you gonna keep us waiting?

Thanks, yeah there’s probably enough for an album but I’m still undecided on how it’s going to roll out. Hopefully soon! I’d like to do an album but I’d also like to just put singles out… [I’m] Still working on it.

You’re known for your ability to put on a huge show with the band and as a solo act. Who, alive or dead, would be in your all-time dream band on vox, drums, git?

That’s a tough question but without a doubt George Duke and Junie Morrison synths and keys, Tony Thompson or Yogi Horton drums, Hendrix Guitar. Unfortunately all these dudes are no longer with us R.I.P.

You’ve played a bunch of shows over the past 18 months, both here and abroad. Have there been any standouts?

JBL Stage at SnowTunes for sure, then probably the Endless Weekend tour. I never thought I’d ever do my own show at the metro and it sell out so that was definitely a highlight. I’ve been going there since forever.

Anyone who’s followed your career will be aware you’re a big fan of that 80s aesthetic. What is it about the fashion of this time period that makes it so interesting for you?

Probably the big budgets and the technology of the time. But having said that, the times we live in now are just as exciting. Also the musicianship, plus it was kind of the advent of the DIY aesthetic when drum machines etc. came out so people could make records at home or on a small budget, so to speak. I guess a small budget never really stopped anybody anyway. Some of those records that were made on a tight budget and never got a big release are worth hundreds, if not thousands, now. I guess a good idea will always be a good idea regardless if it’s on a major label or on no label being sold out of the boot of a car after gigs.

Humble brag, It didn’t happen over night but it did happen…

We saw you recently picked up a JBL speaker. What’s on your party playlist at the moment? Who have you been listening to?

At the moment these are on rotation. My little brother just put some JBLs into my 1989 Toyota Celica so I’ve been pumping these ones. I also like to play Bob James records loud too, nobody expects to hear ‘Sign Of The Times’ at that volume. A De La Soul fan would know the sample but most people are confused by it!
Keysha – Stop It
Alma Vox – Toi Mon Toit
The Love Exchange – Let’s get Together
Pat Matheny Group – Slip Away
Lynda Dawn – Fonk Street
Earth To Mikey – Brace & Bit
Levan Kali – Yours

Music, music and hopefully acquiring my dream car which is a 1993 Buick Roadmaster. Soon…