Wanna score a VIP ticket to the Laneway of your choice for you and a friend? Russell Athletic have got you.

Have you seen the Laneway 2020 lineup amongst the chaos of Xmas/New Year’s? You know, it’s the one that features UK indie-rock giants The 1975, pop superstar Charli XCX, US rapper Earl Sweatshirt and a bunch of rad Aus acts like DMA’S, Ruel and King Gizz. To be honest it’s probably one of the most tasty-looking lineups you’re likely to see for a long while, and we can’t wait to head along when it hits Brissy, Sydney, Adelaide, Melbs and Freo in Feb.

Are you looking at the acts mentioned above and wishing Santa had bought you a ticket? Or that you hadn’t had such a big night on New Year’s and blown your holiday savings? Well, fear not. The makers of the original sweat, Russell Athletic, have teamed up with LWA to announce that we are giving away 5 X VIP DOUBLE PASSES TO THE LANEWAY OF YOUR CHOICE.

Sounds good right? All you have to do is head HERE to enter the competition and tell us in 25 words or less which act on the Laneway 2020 bill is going to get you and your crew hot and sweaty? Entries close Thursday 16th January, so make sure you and your pals enter, then the only thing left to do is start deciding who you’re bringing along! 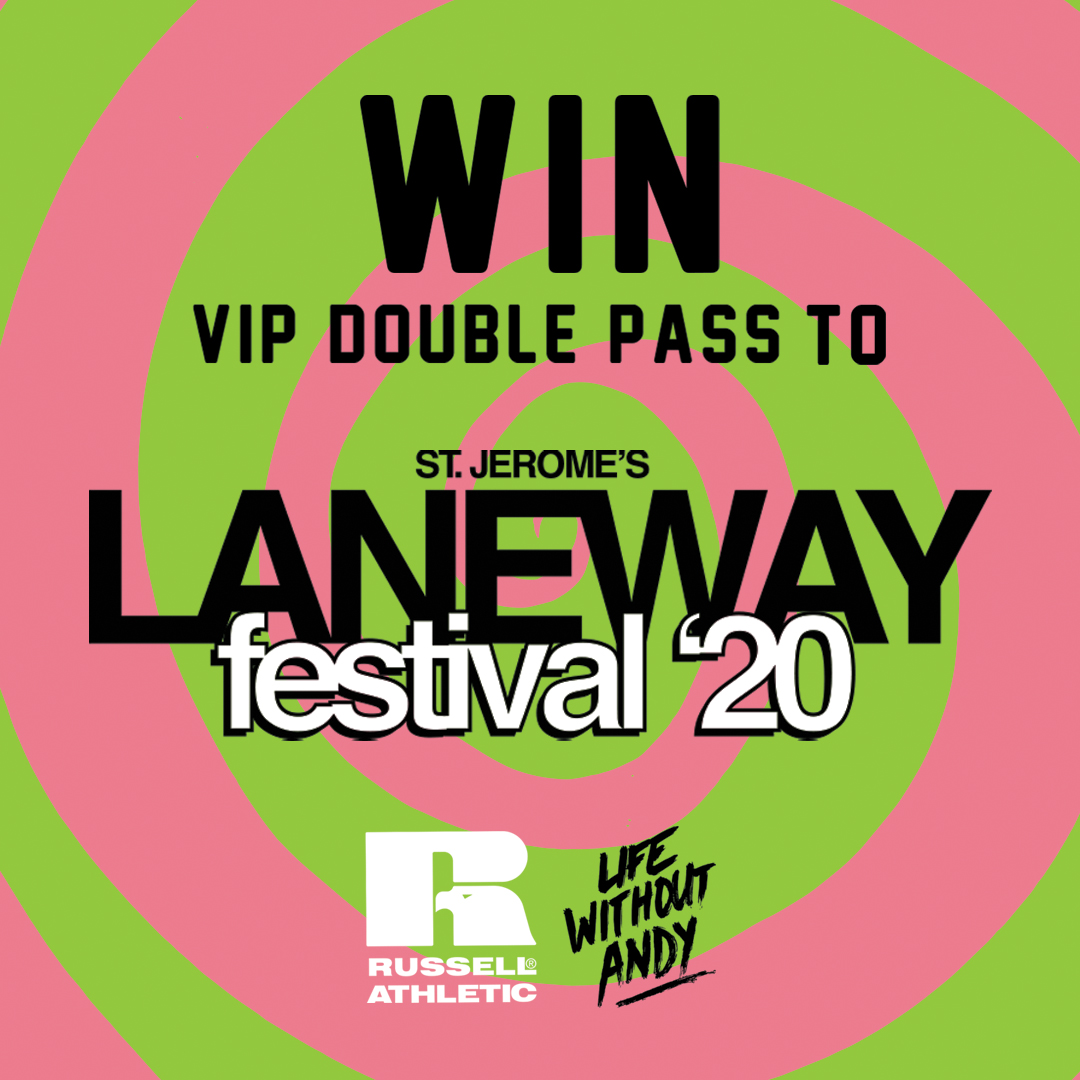 Share this
Giveaway: Win Two VIP Passes To Laneway 2020 Thanks To Russell Athletic

1m Five Local Rappers You Should Already Be Listening To
2020 edition.