Australia’s favourite party starter is going on tour, and you’ll be kicking yourself if you miss it.

Returning for the first time in years to some of the country’s most beloved club venues, What So Not is bringing friends/ legends Choomba, Montell 2099, Ninajirachi and Tise Jones along for the ride. Kicking off next month, the super intimate tour will hit Melbourne, Canberra, Adelaide, Auckland and Brisbane, as well as a secret, soon to be announced show (fingers crossed that’s a Sydney date – sorry Perth!). The announcement comes after What So Not took to instagram yesterday to inform fans that he’s “taking a break”.

Since the release of his critically acclaimed album, Not All The Beautiful Things, and the subsequent sold out AUS/NZ tour in 2018, What So Not has played in every corner of the globe, clocking hundreds of shows on the world’s biggest stages in the process. Taking things back to his roots before hitting reset, this is surely not one to miss.

Tickets to What So Not & Friends go on sale 10am Tuesday, 11 February via BBE. Follow the link for more info. 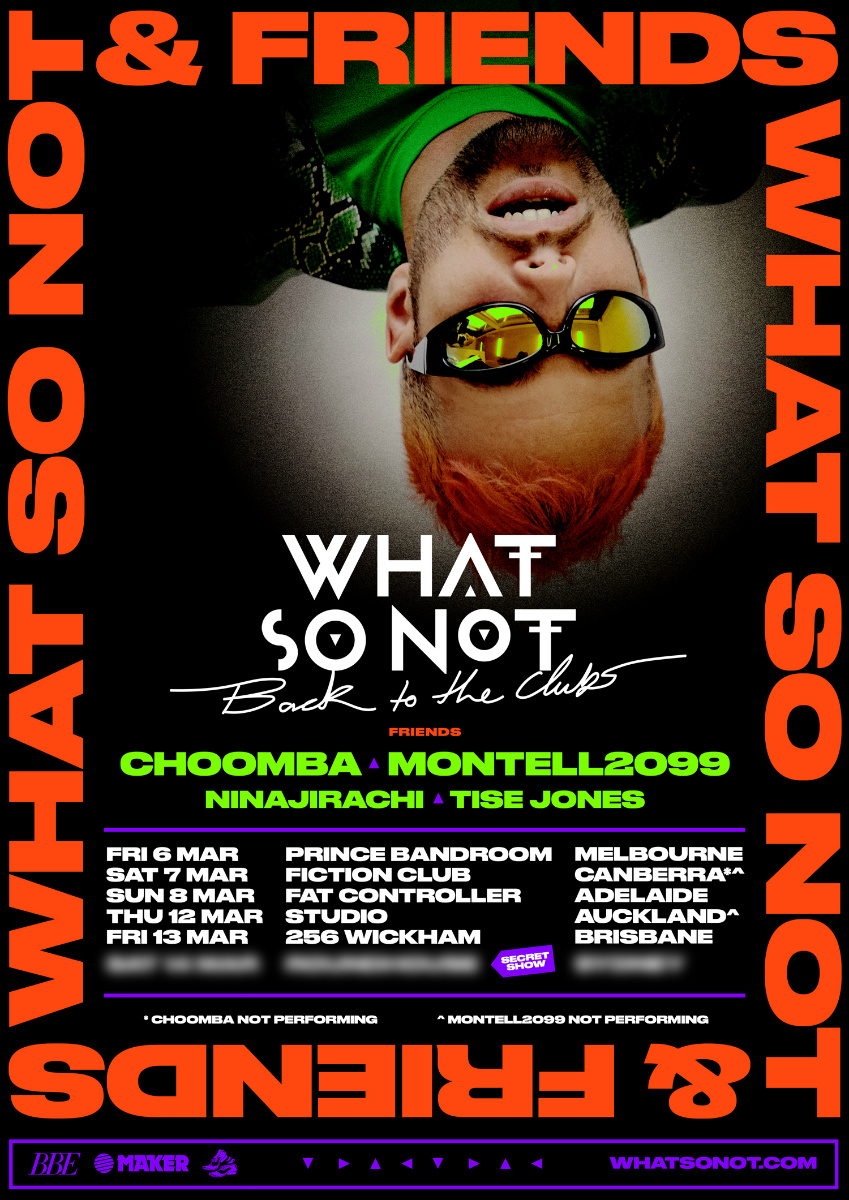 Share this
What So Not Announces Run Of Intimate Club Shows

4w Watch Anderson .Paak Unleash A Ripping Drum Solo On… Ahhh… ‘The Price Is Right’
Why TF not?