Following the releases of singles ‘Good Grief‘ and ‘Good For You’, Spacey Jane hit up local bar Low 302 for a three night stint of the ‘Good For You’ Tour. It was pretty sick.

Upon having a few too many wines, we head into Low 302 to see that Coconut Cream were finishing up as openers ending with their dreamy single ‘Laney’. Laughing along to the line “19 but she has more than 99 problems” they close out with an excited audience still lingering on the dance floor. The crowd closes in as cool Spacey Jane take on the stage opening with heavenly ‘Neoprene’. Most members of the audience are buzzing as the song’s wonky and warped guitar riffs make the punters go crazy. Alongside the crowd’s youthful faces are Low 302’s signature red velvet curtains, making for a cool contrast to the high energy surf pop tunes.

Hazy purple lights spotlight the band as they play through their set. Playful front man Caleb turns his back to us as he does a quick wiggle resulting in eager cheers and laughs in the swarm of people. Mid-set they play Spotify success ‘Feeding the Family’ and even though the venue is small, the liveliness was huge as throngs of folk belt out the lyrics. Feeling a bit rougher, most crowd members weren’t afraid to get a bit more involved by dancing harder. Yellow lights accompany ‘Good Grief’ as loosened audience members laugh with friends to the up beat sound. However, as all good things must come to an end, the band finishes off with ‘Thrills’ and most people take this moment to have one final jump around. The fun loving yell at the start of the track has most bursting with energy and joy.

All in all, everyone in attendance left with smiles ear to ear. Some stuck around for another drink and had a chance to clap members on the back for creating an awesome gig. Not bad for a Sunday. Out the back in a cold garage, we briefly talked with front-man Caleb on recent success and the beautiful experience as a performer. 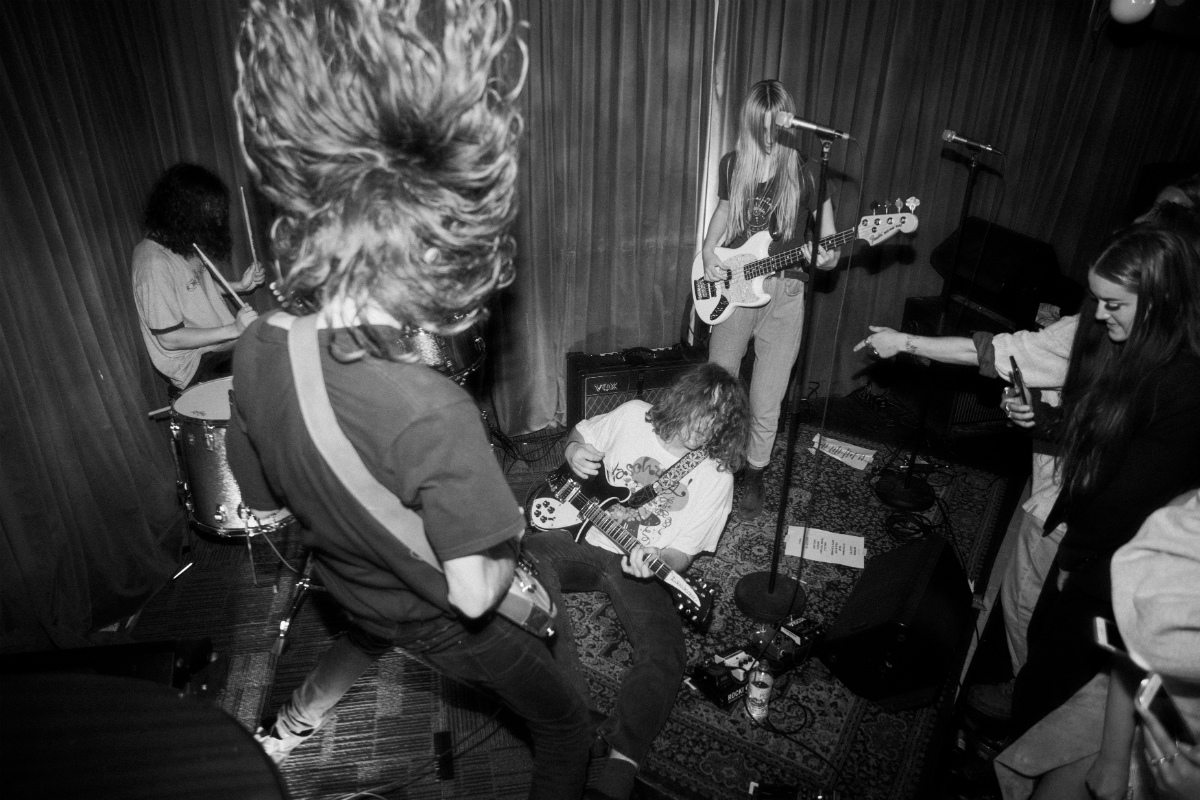 What is your favourite song to perform?

Oooh Sawteeth. It moves me and it is just relaxing.

How is it singing the crowd favourites like ‘Feeding the Family’ and ‘Good Grief’?

It’s beautiful, its surreal and it’s the whole purpose of why we do this… to connect with people we wouldn’t otherwise. Ever since we got to play in front of people and have them sing back to us and to know people listen to our music it has always inspired and driven us.

Where do you guys normally play?

We are from Perth and we’ve been touring every few months Australia wide. Playing Splendour, we were happy people actually came to our show. I’ve been to so many festivals and I have never gone before 3pm so I was impressed that people were coming out to see us. We were at the Mix-Up stage so right next to the camping area so it was a good position to be in.

So how is the Perth scene compared to the Sydney scene for you guys?

It’s funny, we just did ‘Big Sound’ and it was the first time we had the chance to really hang out with East Coast artists. I guess we really don’t have much to say about the East Coast scene because Perth is a beautiful city and it’s really tight knit so there’s a lot of everyone knows everyone. Its accommodating and beautiful but also tough and competitive at times.

And I have seen you guys have had a lot of Spotify success, how is it seeing those numbers for your own songs?

Yeah we feel very special to have those sort of numbers as, you know, that sells tickets and it sells merch and that kind of thing. They are the base statistics for building a fanbase so we do appreciate that kind of success as well.

To see these guys on tour head to Spacey Jane on linktree, and watch their music video for ‘Good For You’ below: