The Sydney rapper is taking his tour game to the next level.

With his sophomore album Octagon holding down the #2 spot in the ARIA charts for the second week running, it seemed only a matter of time before Chillinit made a tour announcement – and now that time has come. Hitting Sydney, Bris, Melbs, Adelaide, Perth and The Goldy over March through to May, the ‘READY FOR THE PAIN’ rapper has named some big venues for these shows. He’ll also be hitting NZ and the UK as he looks to stake his claim on the global stage, a move which we can fully get behind.

Check out all the dates below and set an alarm for fan pre-sales which go live tomorrow, Feb 19th at 9AM AEDT, with general on sale Thursday Feb 20 at 9AM AEDT via chillinit.net. 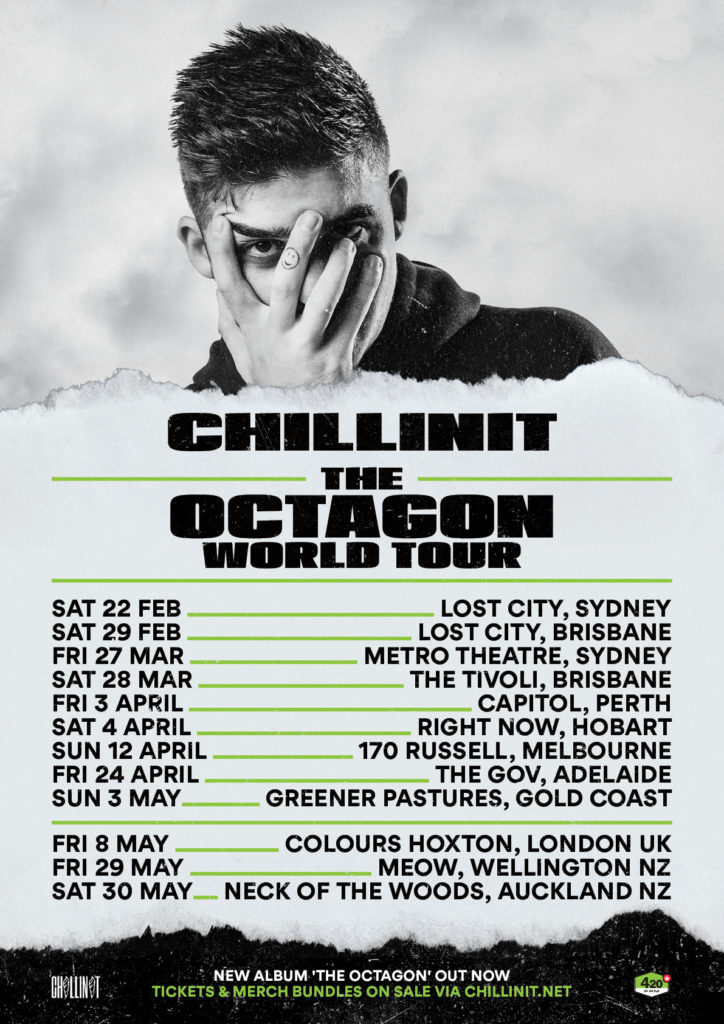 Share this
Roll It Up! Chillinit Announces Huge Aus Tour