Once again, the keyboard proves to be the most divisive instrument known to humankind.

Sydney indie-psych trio Mesmeriser have today returned with a shiny new clip for ‘Don’t Complicate It’, the second taste of new music since their 2017 EP These Few Hours. The single is another step towards a more polished sound, with the lads building on their heavier psych roots, underscoring their melodic prowess and ability to write delightfully inescapable earworms.

The clip which was directed by Lewis Clark, follows the band on a shoot before ego, potato salad, and a keyboard become the catalysts for chaos (this strange sentence will make sense when you watch it). “With the clip we wanted to give off the illusion of a standard, all white clip, but as the story progresses, the band dynamic falls apart and Oscar is on the receiving end of some serious heat. It’s all out Mesmeriser warfare…” frontman Myles Fischer says

It’s a good laugh, which contrasts with the bigger themes the band is addressing lyrically, such as the generation gap and the political state of the world. “It is the emergence from a younger self into a world that has seen it all before,” Myles says. It’s a call for young people to shed the weight of generations before them, be who they need to be and don’t complicate it.”

To celebrate ‘Don’t Complicate It’, Mesmeriser will be playing a run of East Coast shows in October. Check out the dates below, head here for more info, and we’ll catch you there: 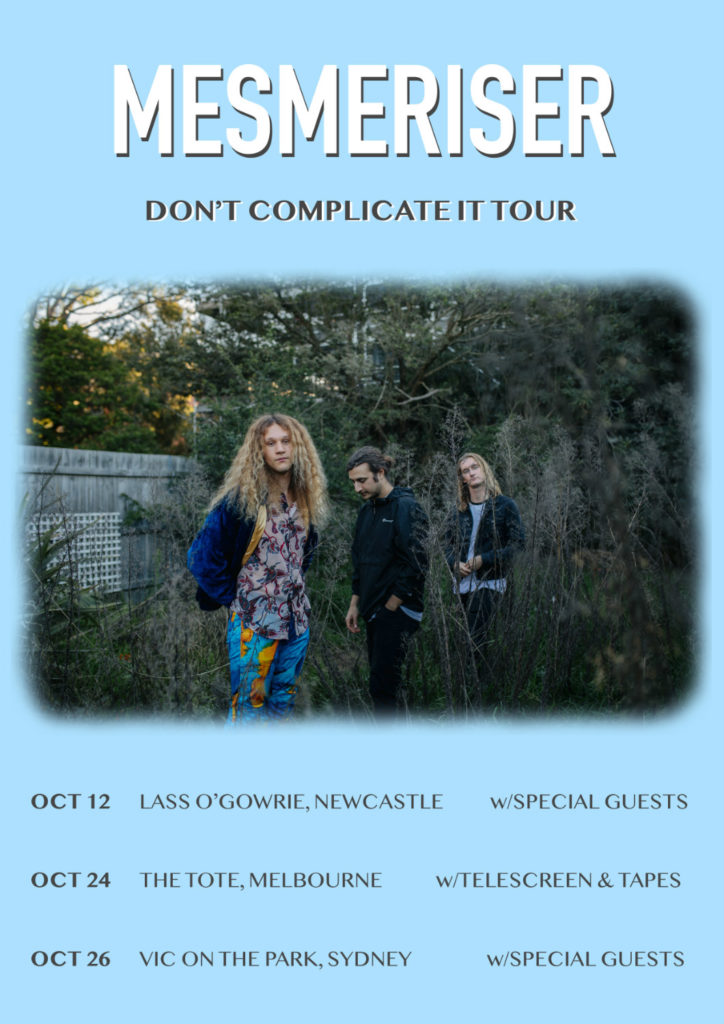 Share this
Video Premiere: Mesmeriser Duke It Out In ‘Don’t Complicate It’ Clip