Prepare to get your haircut blown the fuck off by Poolroom..

When we stumbled across Charles Waldren AKA Poolroom. supporting Baby Beef at Yulli’s about a month ago, we knew there was something special about him. In that sweaty brewery we witnessed an intoxicating solo performance that featured a blend of stirring vocals, euphoric beats, and a Prince-like (we don’t say that lightly) energy. And today we are pleased to be sharing the latest single from his precious boi EP, ‘The Future’.

Sucking us in with a saucey beat, before offering a brooding, noirish vocals and a drop that’s so spicy it will have you bouncing your head in any environment, it’s clear that Waldren knows just what to do with a listener when he has them in the palm of his hands. ‘The Future’ would feel right at home on a mixtape alongside the Modular-era “disco” of The Presets, Van She, and Cut Copy – a heavy comparison to carry, but we can easily imagine Poolroom. providing the soundtrack to dancefloors around the country in coming years.

The clip which was co-directed by Waldren, Sean Conlon, and Hugh Raper has a futuristic VHS feel and is edited masterfully to fit the dystopian vibes of the song. Shot in the Sydney, we see Waldren armed with his guitar exploring the concrete courts and kerbs on a cold winter’s day that makes the city seem way cooler than it ever has before.

We highly recommend catching a live Poolroom. show, and fortunately he’s playing a bunch over the coming weeks including tonight at The Marly in Newtown (info here) and tomorrow night at Brisbane’s The Yamaha (info here). Don’t miss out, you’ll regret it. And stay tuned for precious boi which is due out July 27th. 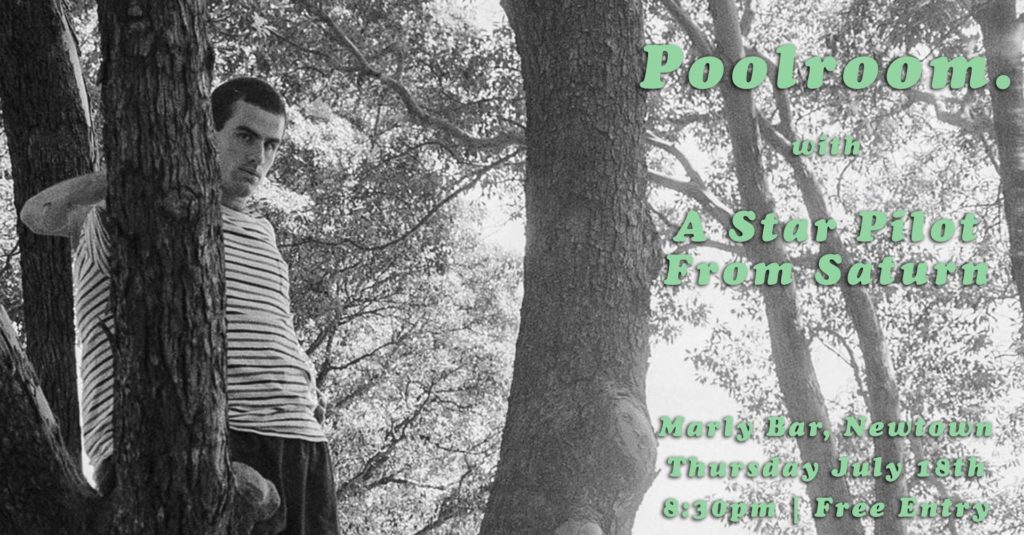 Share this
Video Premiere: Poolroom. Is A One Man Party Machine In ‘The Future’