James Jirat Patradoon wasn’t born like the rest of us jabronis.

Rather he emerged from a neon-lit Lazarus pit of mist, magic, and thumping synth chords. That’s what I like to believe anyway, as it would be an all too fitting origin story to one Sydney’s most influential, prolific, and original artist/illustrators.

Jirat’s influences are sewn into the DNA of his work, in any one piece you can see homages to Japanese anime, pop horror, 90s fashion and the occult, all rendered in clean lines and flashes of neon and monochrome. We asked the dark prince of pop himself about his long career, his illustrious body of work, and what his wrasslin’ gimmick would be: 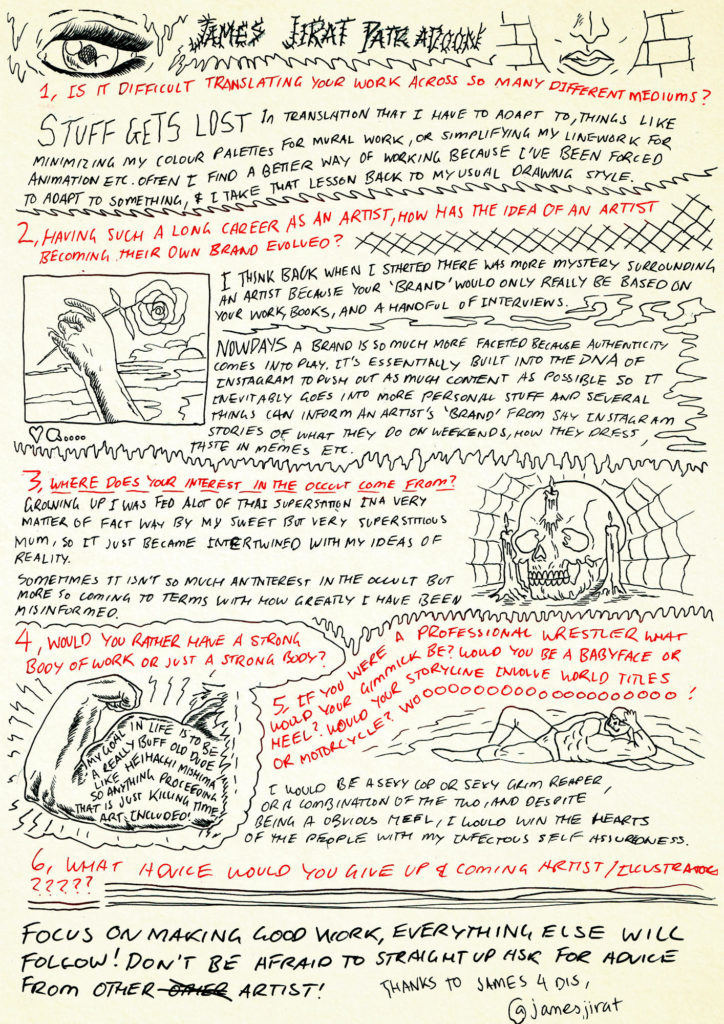 It is only fitting that I share the ‘Valentine’s Day’ work from my Goliath Ballroom show with @yeetheeast . Clients love using this as reference for me because there are no skulls in it, but can you spot the 7 skulls I have hidden throughout this work? . Happy Valentines Day to all my past and present clients!

From the Hydra Exhibition, RVCA Gallery, 2014

Share this
Illustrated Interview: Inside The Mind Of James Jirat Patradoon