Vibrant, humorous, a little nasty, but always interesting. The work of Korea’s own Seungwhan Kim (aka Bird Pit) is telling of where the crazy has seeped into the DNA of all who inhabit the colourful world depicted.

Using Kim’s signature pencils, the Seoul-based artist captures the apathy, frustrations and melancholically thoughtful moments of everyday life. Cartoonish characters are often depicted either fighting, arguing, passed out or completely ignoring each other in illustrated dioramas of urban living.

We caught up with Kim to talk art, life and the evolving state of Korea’s cultural identity. 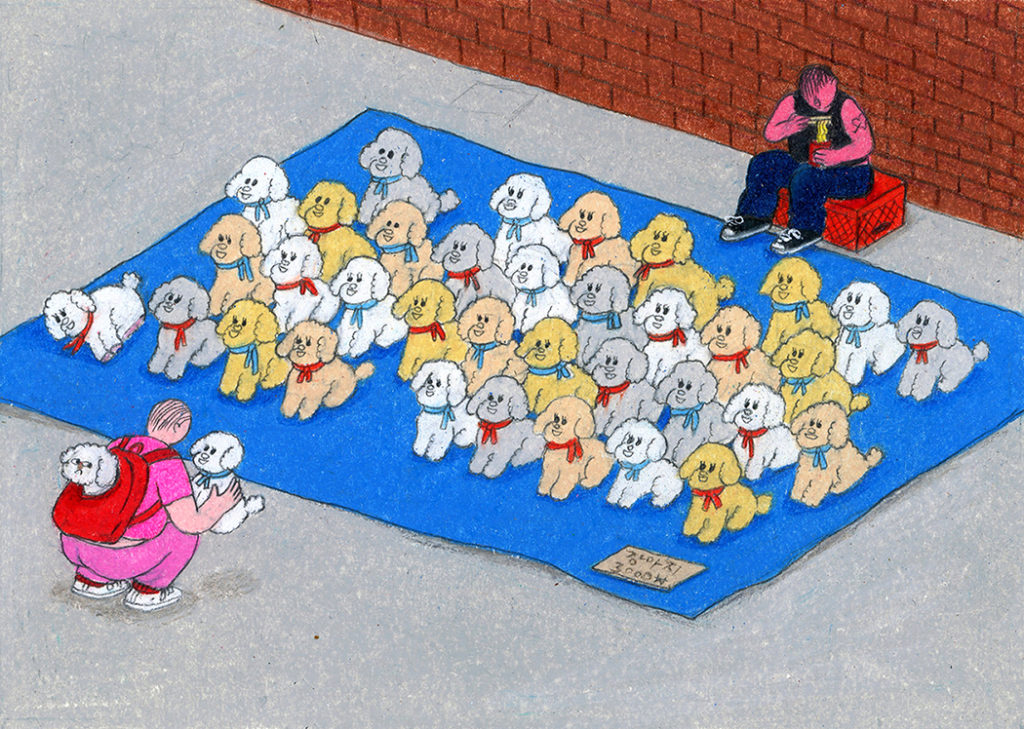 Do remember the first image or work you saw that inspired you to pick up a pen or pencil and draw (even as a kid)?

When I was a kid, I enjoyed playing with the “Game Books” in Korea. The “Game Book” concept is simple. While you follow the story line, you find yourself in a page with quiz or a maze or some kind of a riddle you have to solve. The story changes depending on what you answer. I remember making my own game book series when I was young. Maybe, that was my first Zine.

What inspired you to use colour pencils as your primary medium? Did you find that it ultimately effects the subject matter of your work? 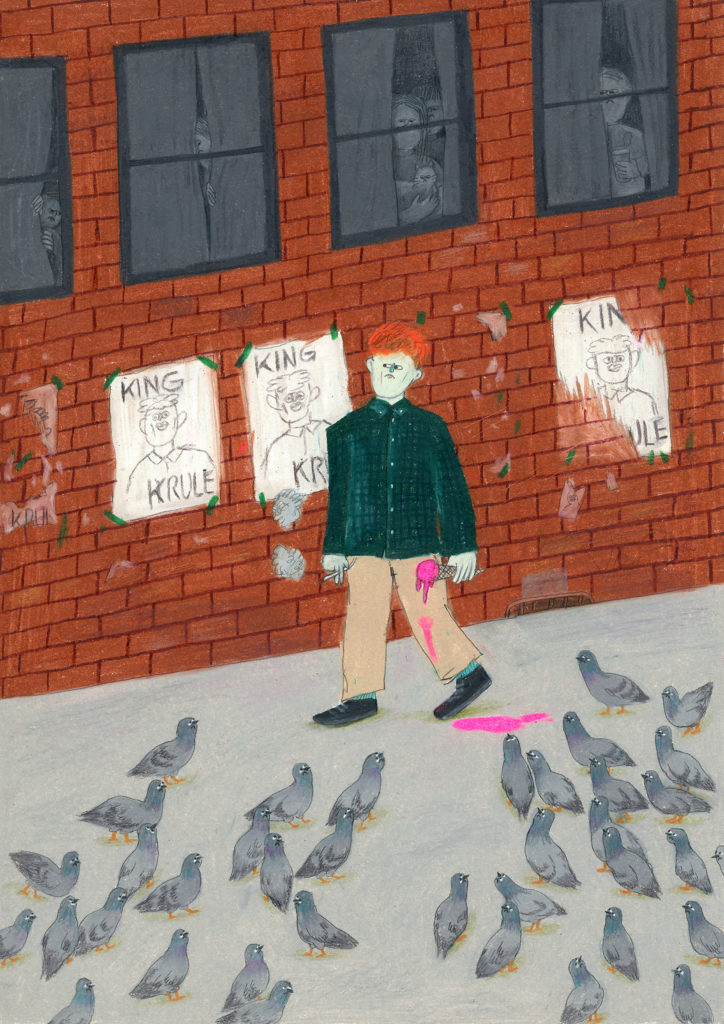 I like the effect of pencils and coloured pencils smearing and smudging naturally. Since I built the habit of using a 0.3 mechanical pencil when I drew and took notes in school, I still maintain the habit of using a pencil for delicate drawings. On the other hand, with coloured pencils, boldness that I am not naturally inclined to comes out, and I get to draw with a childlike heart. As I blend pencil and coloured pencil together, I experience having a series of my artwork panned out in an unexpected direction. It is a kind of a ‘playtime’ for me.

Many of your pieces feel like finely detailed mosaics of activity, detailing your characters interacting with each other in often humorous ways. What is the process and mind set in starting one of these pieces? 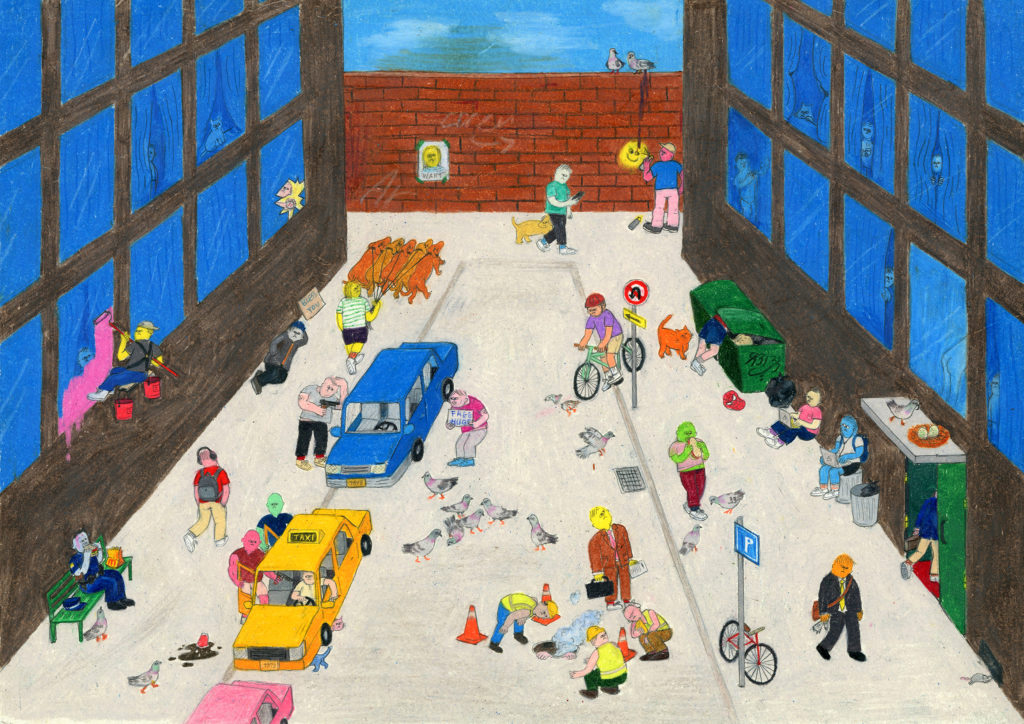 Filling up a picture is similar to interacting with something. As drawing a person on a blank surface, various situations or images come up. It is as if you’re going to have to avoid the body to the left when the car comes out from the right, you could avoid it backwards, or even stop and stare at the car (but it might crash into you!). 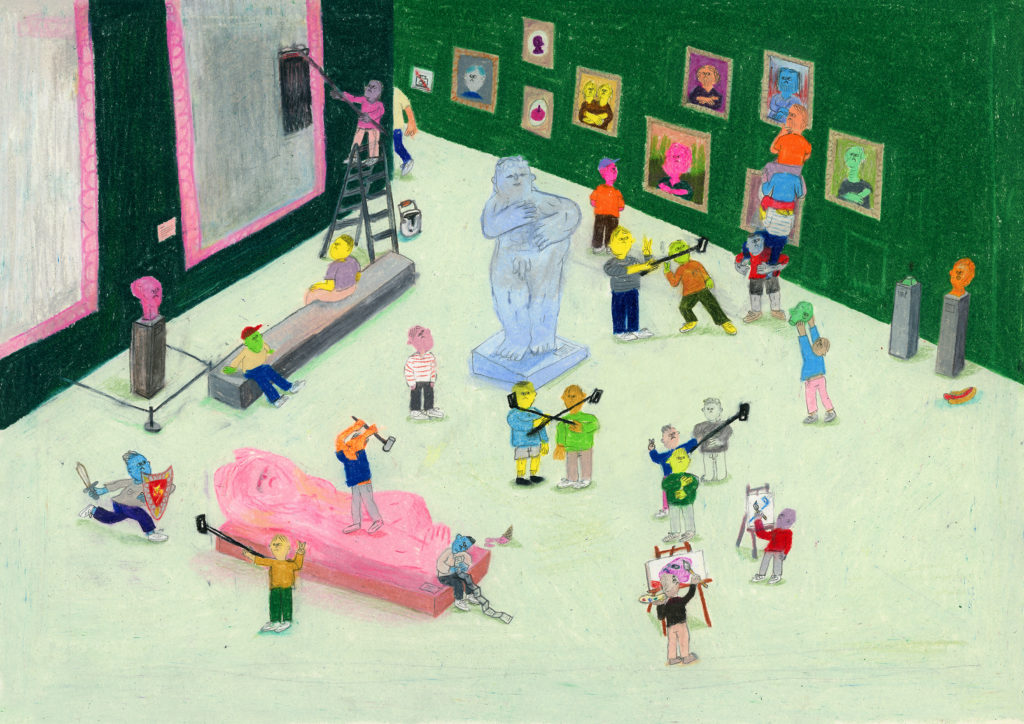 There are a lot of other things that could be derived from one situation. In this way, I fill in pictures by imagining the interaction between characters and situations. When this process feels like a game, quirky ideas pop up.

Right now it seems like there is an exciting boom in Korean illustrators and creatives. What is it like to be viewed as an artist fitting into Korean society?

It’s true that Korea is becoming more dynamic. Recently, I participated on a exhibition about Seoul (South Korea)-Pyeongyang(North Korea). The title of the exhibition is called “Seoul️, See You Tomorrow, Pyeongyang”. The theme of the exhibition is an approach based on the assumption that Seoul and Pyongyang are connected by a hypothetical train in 2030. It’s kind of a sci-fi approach. Who would have thought that just a year ago would have this kind of exhibition?

Korea is witnessing various themes such as politics, gender issues, religion and so on. I think these complex things are making Korea more interesting. 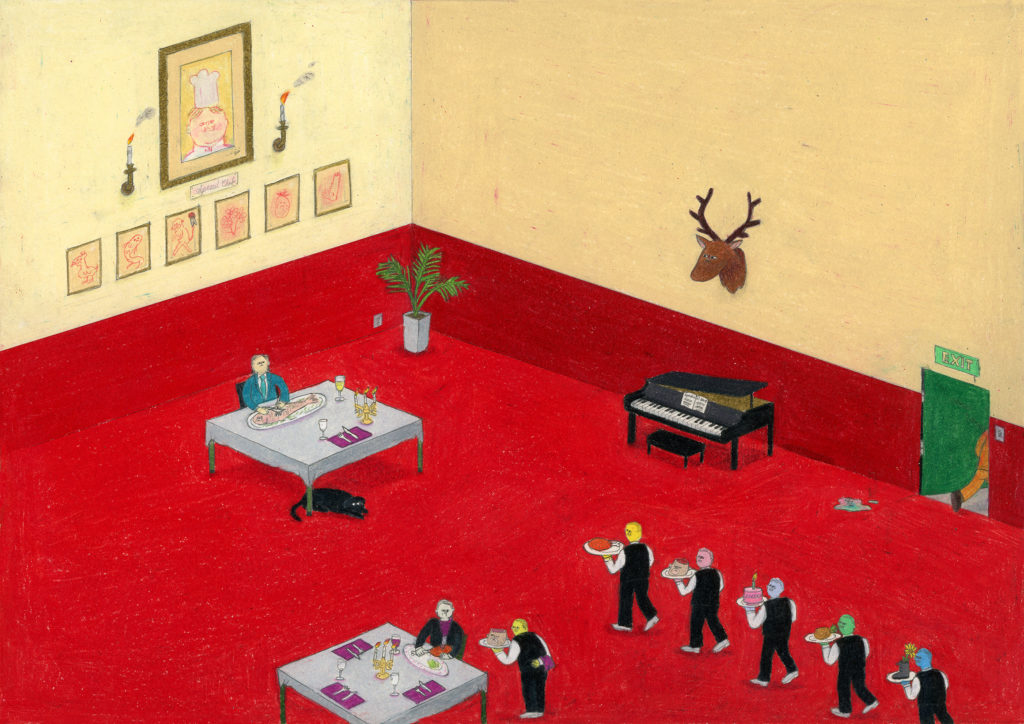 I’m preparing an exhibition with some bookstores. Also I’m participating in ‘Taiwan Art Book Fair’ and ‘Seoul Art Book Fair’ in October. If your near, please come and say hello!

Share this
Interview: Seungwhan Kim (aka Bird Pit) Captures The Everyday As Only He Can