Continue To
LifeWithoutAndy.com
Off The Record 2y

Spike picks some quality wax and talks about how his debut got picked up in the United States.

It’s been a long time waiting for a full length from Sydney post-punk musician Spike Vincent, with his much anticipated debut self-titled tape finally being released in February on Californian indie label Burger Records (USA) and Dinosaur City/Inertia (AUS). Some of the songs featured on the tape, which was recorded live, have been around for years in various forms.

“Spike Vincent was always an on again/off again thing… Me and Dad had a band when I was 15 called Drug Squad 66. A garage punk two-piece, father and son thing. Dad played in The Kelpies, a Sydney post-punk band from the 1980’s,” says 27-year-old Spike. Later his sister Jett (of Sydney band Sunscreen) joined the lineup. “We played a lot of the Spike Vincent songs together… after doing the family band I eventually started playing those songs with mates.”

Spikes demo’s caught the attention of the Dinosaur City crew while they were shacked up together in a huge sharehouse. “It all sort of happened because I was living at The Surgery, it was a 10 bedroom dump, a kind of dilapidated mansion. It was good because everyone played music… I was showing them some demos one day – I’d just recorded the song ‘I Like You’ which was as demo as demo could be. I’d written it the same day I’d recorded it and those guys said that I’ve got to put it out,” says Spike.

The demos received a lot of attention which prompted Spike to head into the studio and record some more songs. “Jordanne and Cody from Dinosaur City got offered a cheap slot at a recording studio, to record as if it was a live gig. I’d already been saying I wanted to record live… A lot of my favourite first albums have been recorded live, like Janes Addiction and MC5,” says Spike.

Hooking up with Burger Records (through a Dinosaur City connection) spurred a smooth and straight up relationship with the American label who clearly gave Spike their full backing. “It was a simple as them going ‘We really like it,’ then putting it out. No timelines had to be shared or contracts had to be written up, it was all smiley faces and let’s do it. That’s why I love those Nurger guys. They were my first choice to put it out. It’s cool to be on a label with stuff that I love,” says Spike

Spike’s debut tape is being released and launched at The Union Hotel on the February 16th, and you can find all the info here. Below, Spike talks through the wax pizzas that float his boat: 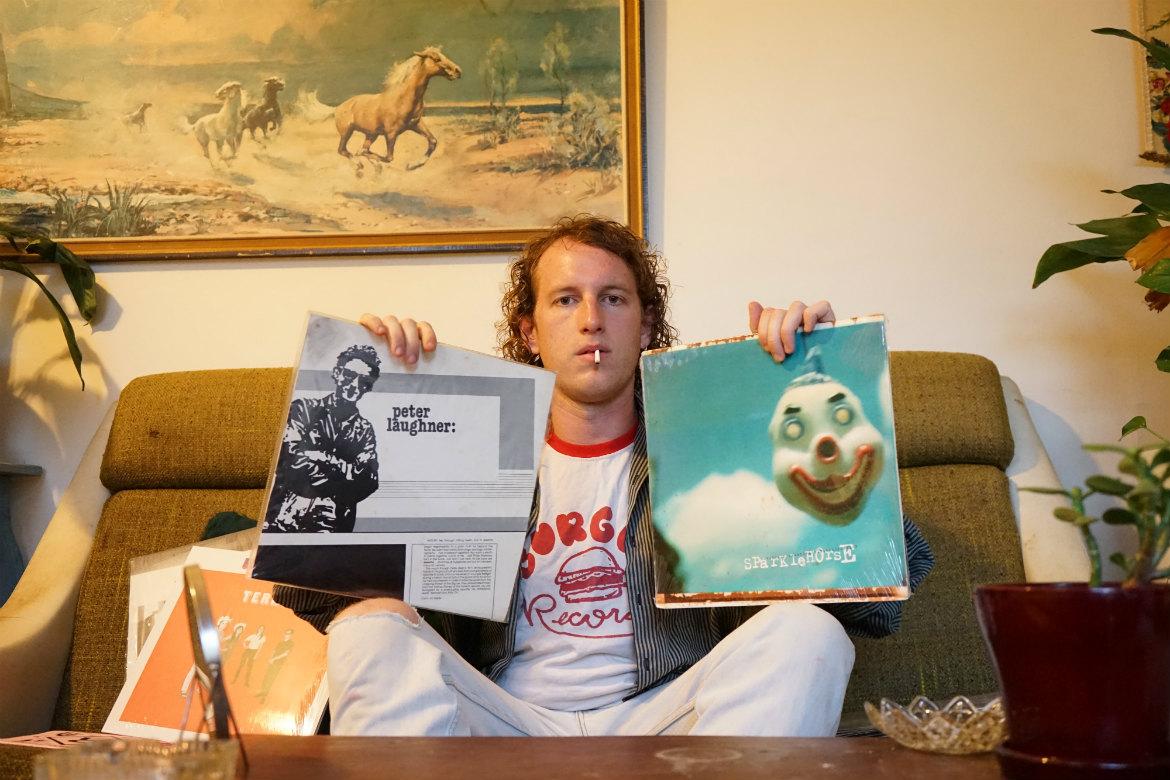 “Peter Laughner the guitarist in Rocket From The Tomb and he never actually released anything. He died when he was 24, so this is a bootleg of recordings they found on his four-track. There’s even a song he recorded the night he died – it’s a cover of ‘Me And The Devil Blues’ by Robert Johnson. I’ve played this record to death. The guy who curated it sent it to my Dad from the States with photocopies of newspaper clippings about him, obituaries and write-ups from local papers… Dying before you do something is like a theme in my music. That record and his whole thing is inspiring to me.”

“Mark Linkous had this habit of recording four-track stuff using the worst kind of mics he could find… I heard this story that he found a mic in the ground and dug it up and always used that. The music sounds very organic and earthy in some ways, some of the songs are very still and obviously extremely personal and very poetic… He sings about really depressing things but in beautiful ways.” 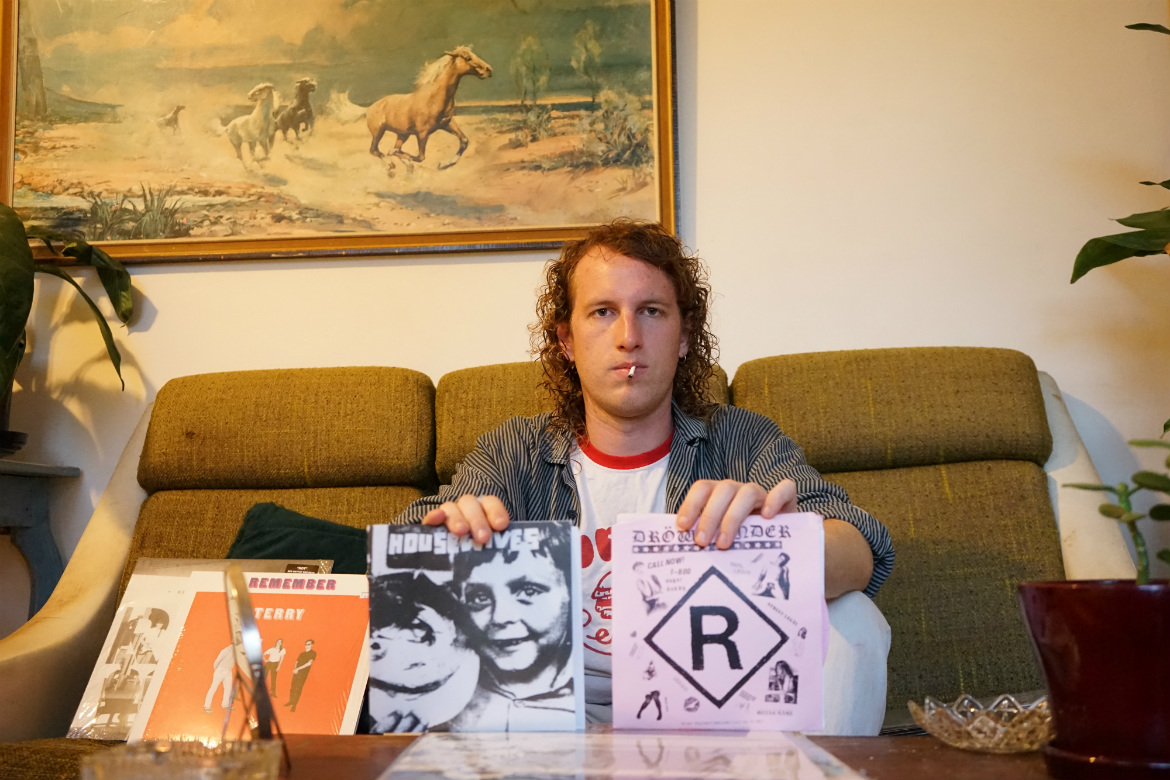 “Housewives were a great Sydney punk band that I loved seeing live. You had to see them live to get it and feel what they were doing and hear it the way it was supposed to be. They were always a little out of tune or something and they were so loud that the air would pulsate with different frequencies. It was amazing. It stopped you in your tracks and all you could do was lose it. It’s like a piece of Sydney that I don’t want to believe is in the past… You felt like if you missed a show of theirs, you missed out on something that would only happen once.”

“When this record came out I feel like it was really poignant… The stuff they sing about is tongue-in-cheek but super dark and real. It’s almost hard to describe, it’s really heavy sludge punk, LA kind of Germs sounding stuff. They were one of the best new bands that never did anything. Within six weeks they disbanded and I was like, ‘Why?’ They were so good.” 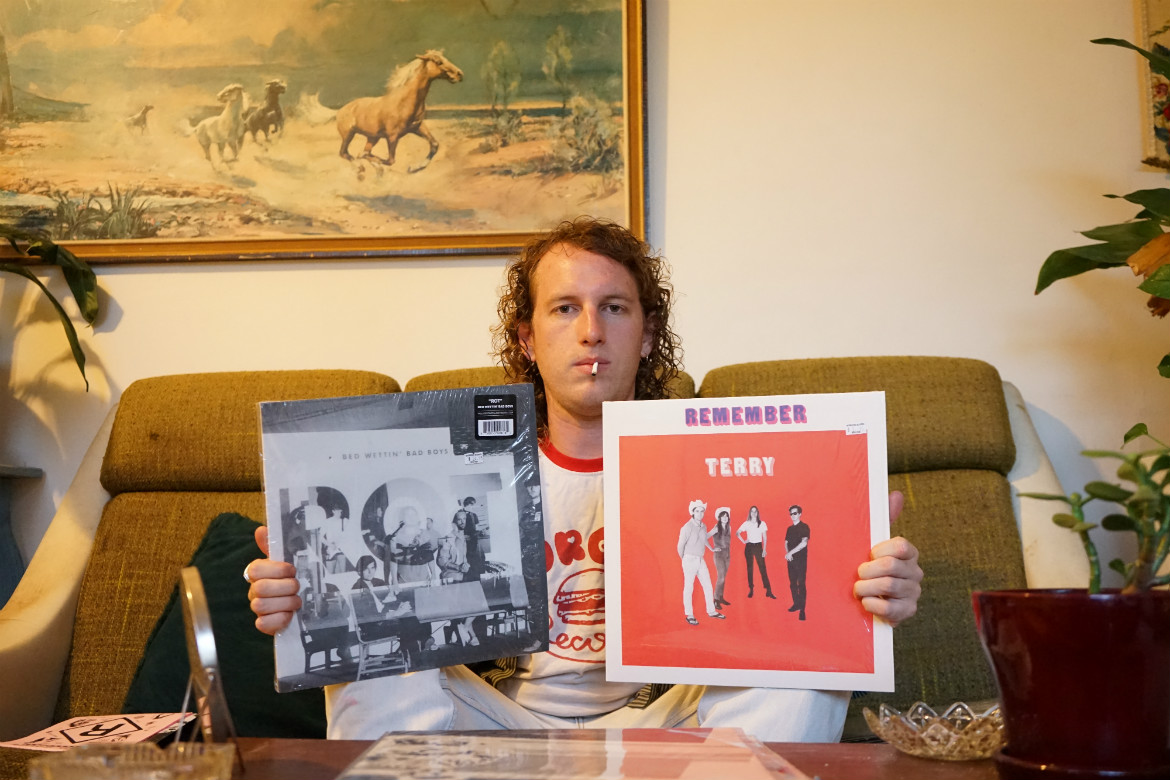 “I just picked this up three weeks ago, and I already love it. I think they’re one of the best bands in Sydney or Australia. They’re really tight but it almost sounds sloppy when they play, there’s a looseness in what they do that comes across in the way that it’s sung. I already have every song stuck in my head.”

“I almost feel like this doesn’t have to be talked about because everyone loves Terry. They’re a joy to see live, a joy to listen to. It’s a beautiful kind of punk/country, sometimes super heavy but all the lyrics are sort of jovial and really kind of funny. It’s so simple, but it’s perfect.”

4m Off The Record: Green Buzzard Takes Us On A Low-Fi Vinyl Journey
Fuzztacular.