Looking at Brisbane-based photographer Ben Wrigley’s work it’s easy to see how he feels about live music. From the way he sets up angles to give musicians a god-like persona, through to the creativity and effort he puts into edits, it’s clear that he has nothing but respect for the artists he snaps.

Getting into music photography as a 21-year-old after studying music business and requiring photos to document a gig assignment, Ben has since gone on to shoot some of the biggest names in the hardcore/punk scene. He has a particularly special connection with Parkway Drive, whom he toured with in Europe, which he registers as a standout point in his career. “My favourite person to shoot is probably Winston McCall of Parkway Drive, just a total professional and nails the poses on stage,” he says.

As you can see below, Ben has an undeniable talent for editing and you can see his influences come through in his work. “A lot of [my] inspiration is drawn from surrealist artists/pieces or work, cyberpunk style creators and soundtracks that evoke emotion. Halo 2 OST is usually on in the background when I’m editing up a unique piece or I find myself trying to push myself to move an edit into new territory I haven’t done before.”

Head here to check out more of Ben’s work on Instagram: 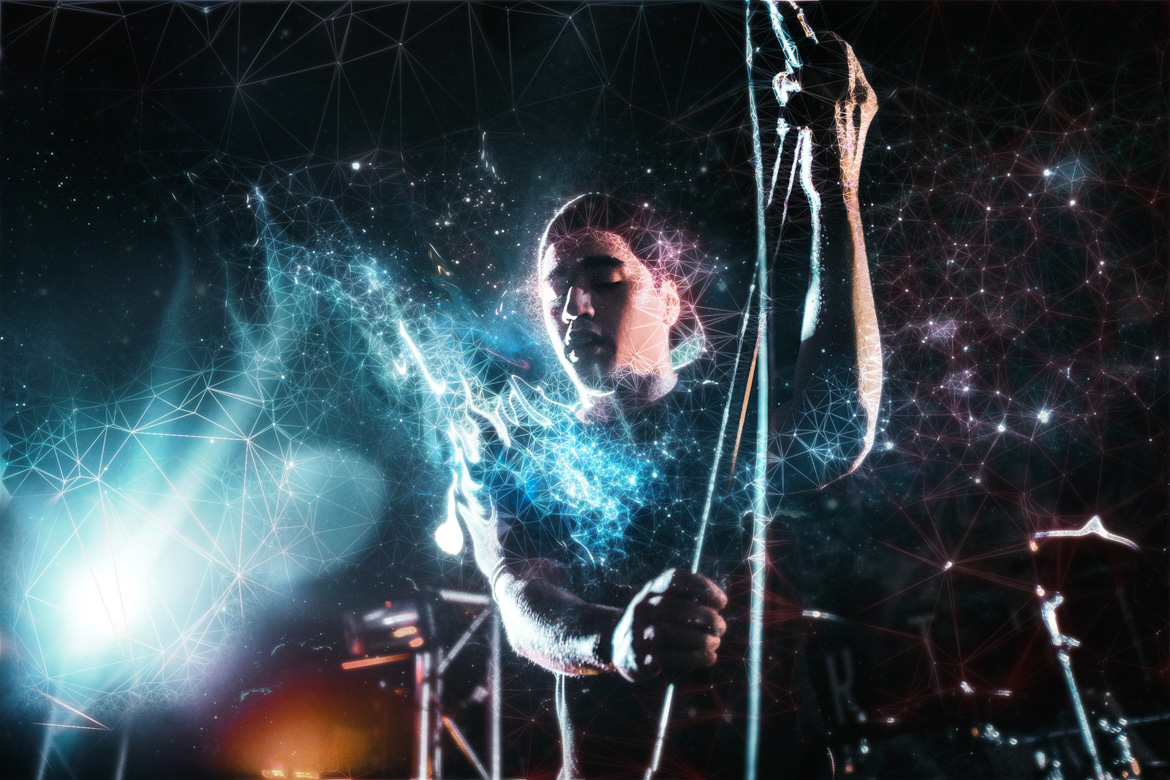 Adrian, ex-Northlane. Adrian’s lyrics always stood out and inspired me alot, so much so I wanted to do a piece which of this image with some photoshopped work on it. 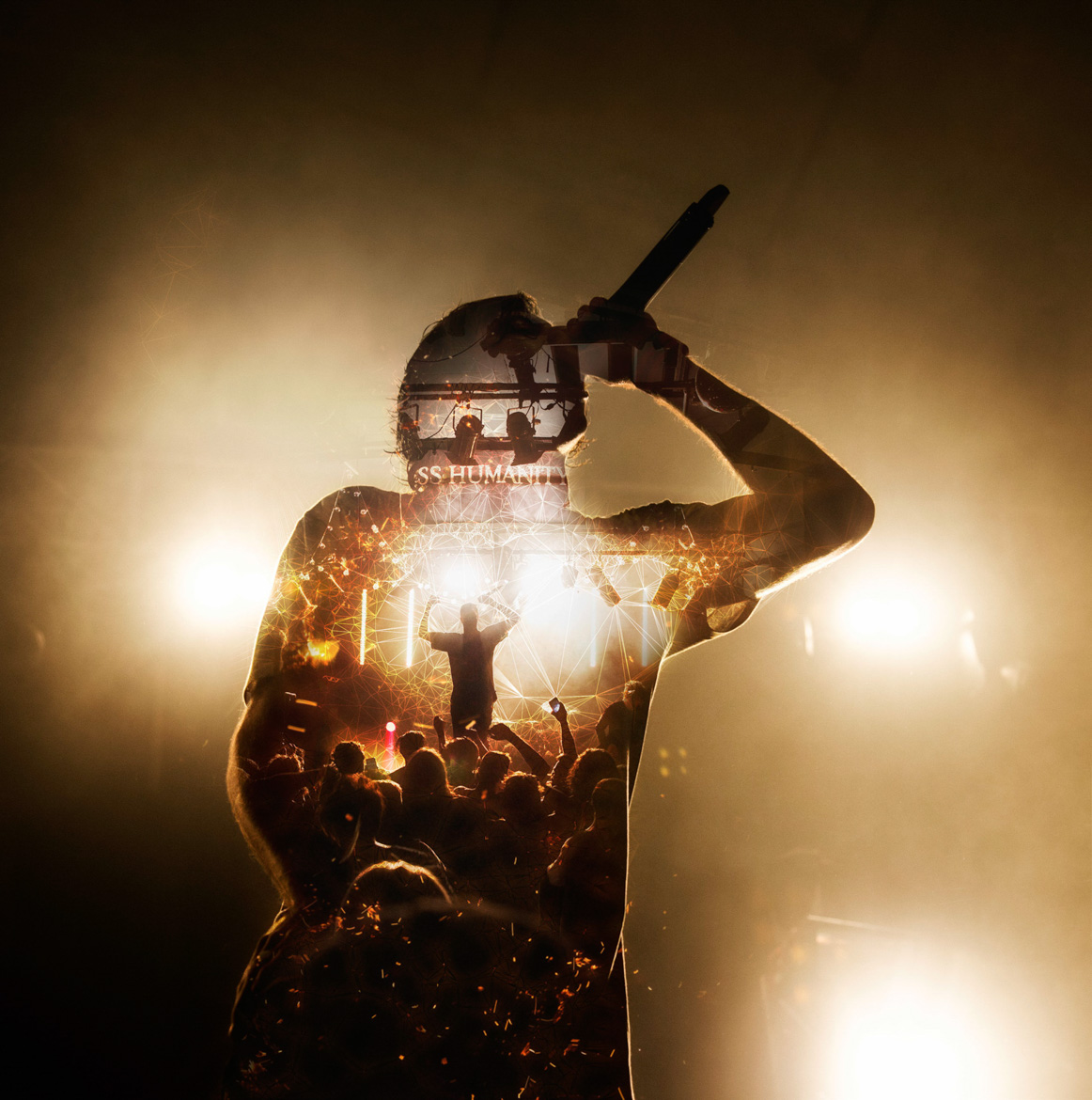 ake Taylor of In Hearts Wake. Combining an Old image from 2014 to 2018. Reminded me the importance of keeping images and creating something new out of them down the line. 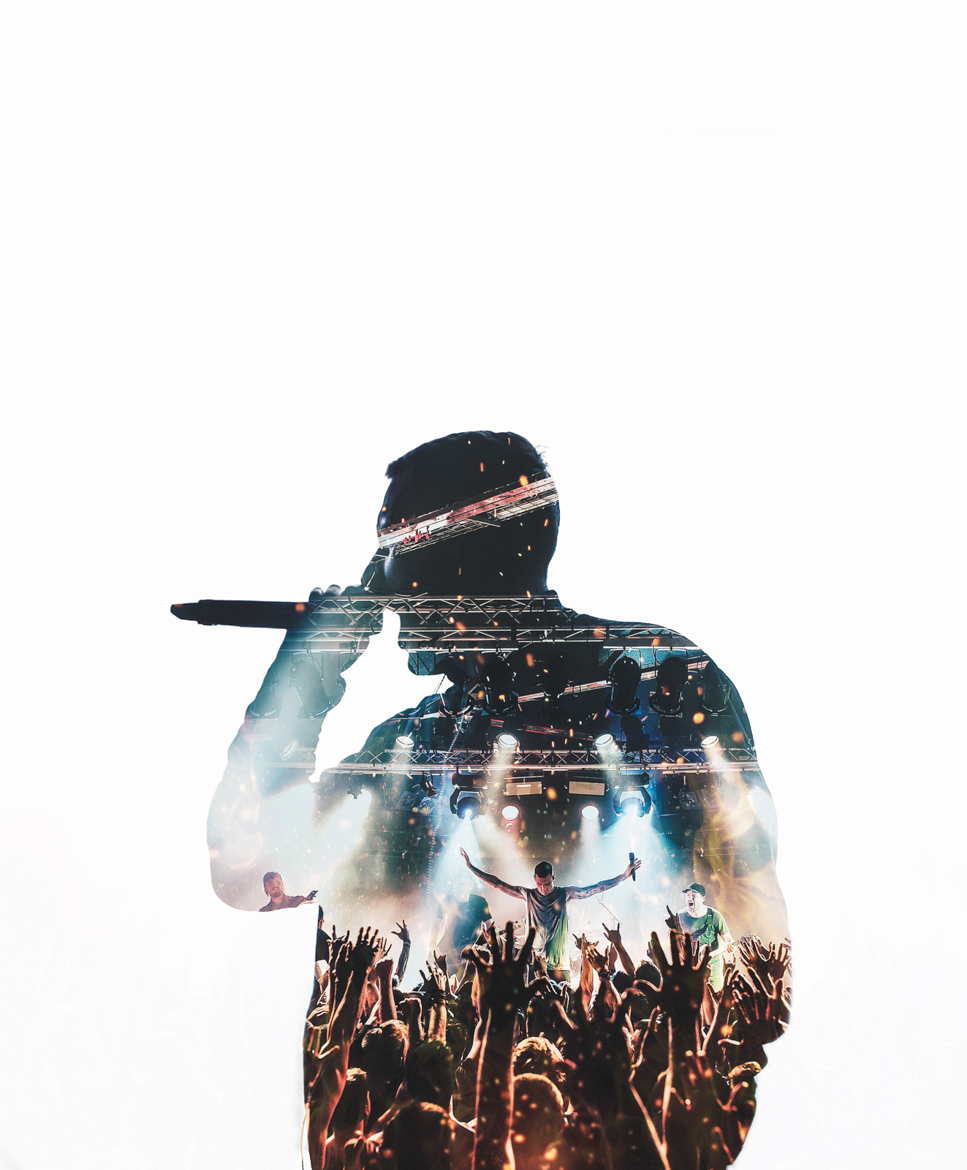 Winston again, Day one on tour in europe and wanting to make something different, I made this edit for fun and set me down a path of just trying new things with photos captured. 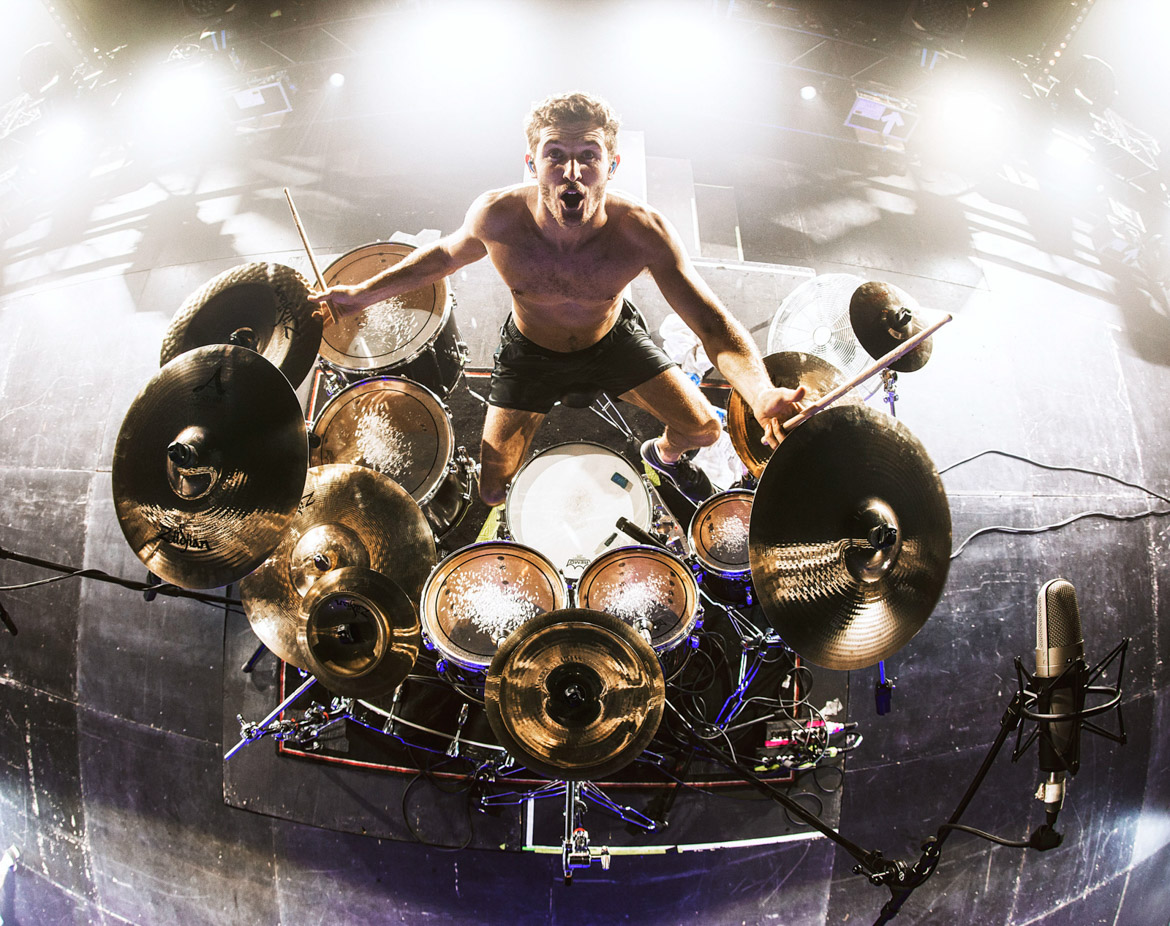 Ben Gordon, an image I shot in France. A lot of people ask how it was done and that in itself is what I like about this simple photo. 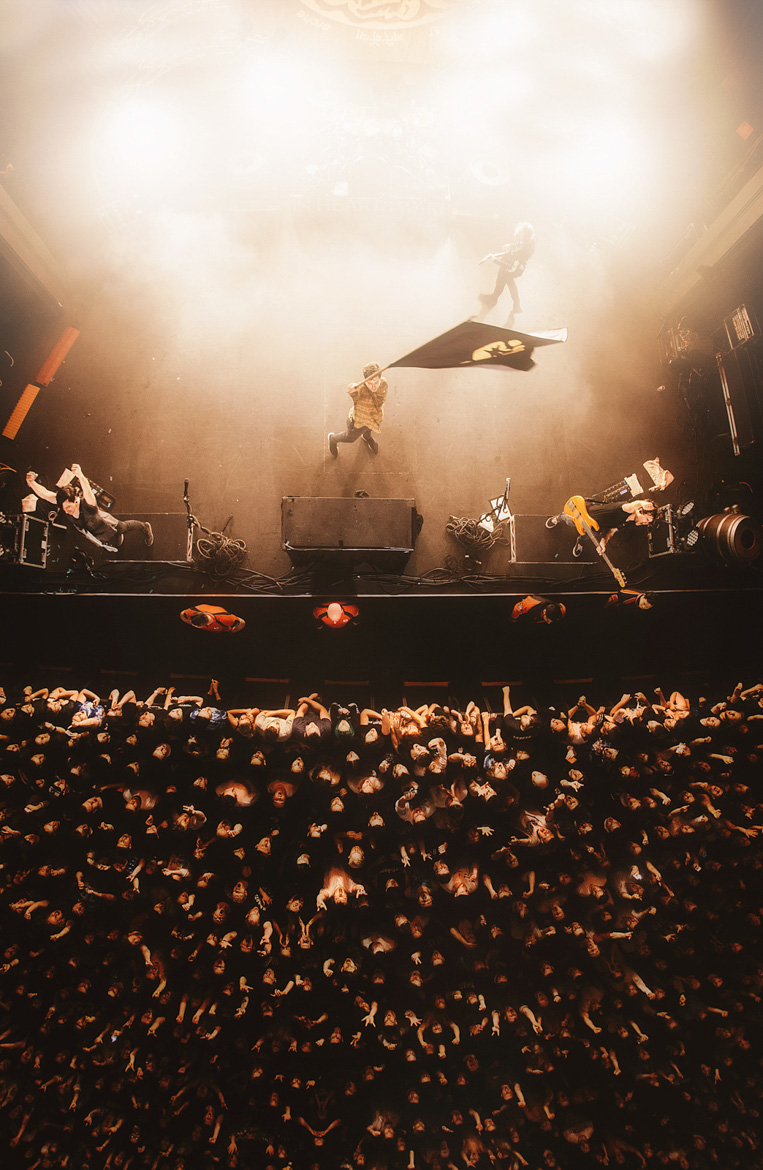 Again from above, this was during the Ark tour in 2018. Jake gets a flag out and waves it during the chorus. I love looking into the crowd and seeing the one guy looking up. 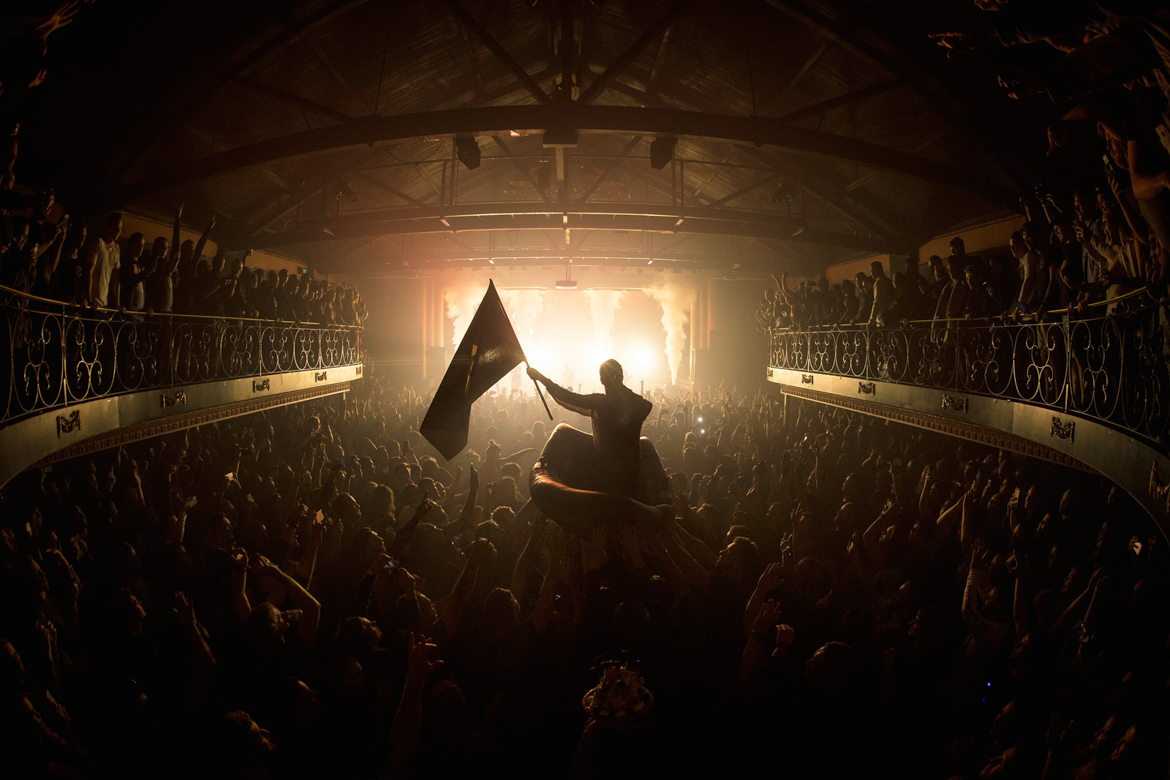 Jake Taylor riding the raft to collect the flag from the sound desk. Shot at The Tivoli on the last show of tour. I think it just summed up the the shows that run. AFI. A band I shot in 2014 before losing my SD cards, so finally getting to shoot them and Davey Havok going wild on stage was a photography dream come true. One of the best shows I’ve shot. 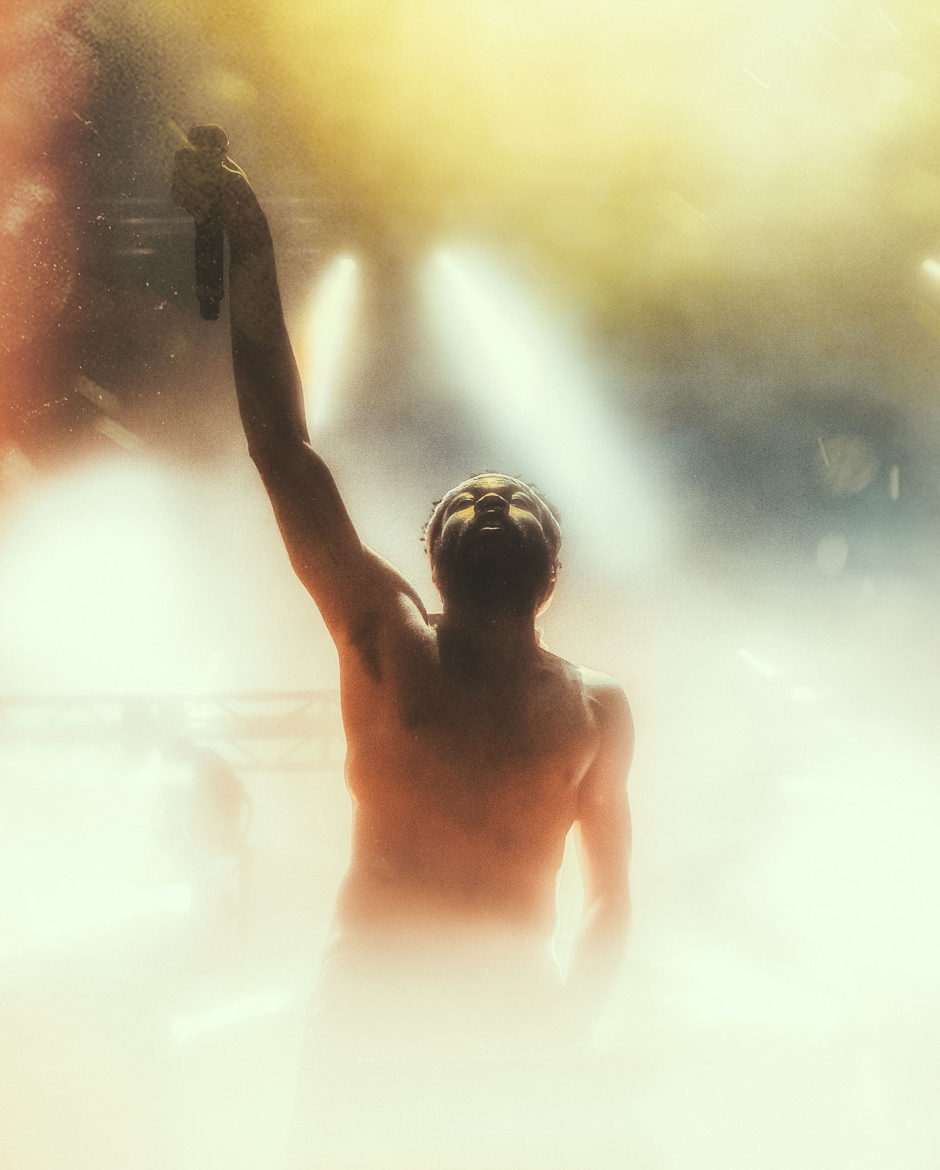 Childish Gambino. Hard shot to shoot but this shot I re-edited recently and always enjoy the challenge to redo it knowing how hard a show it was to shoot. 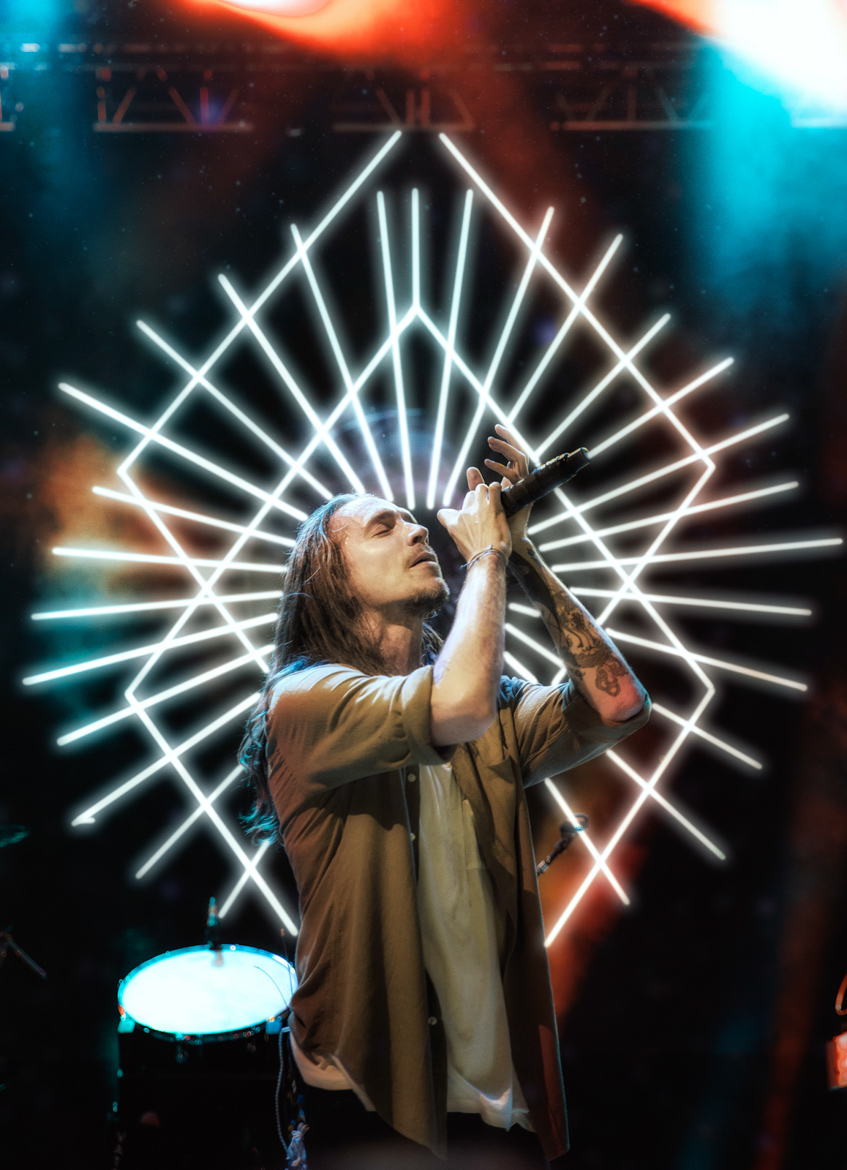 Incubus. A band that filled a musical void when needed, so shooting them was emotional. The backboard LED has this simple diamond pattern on it that framed everything up great. 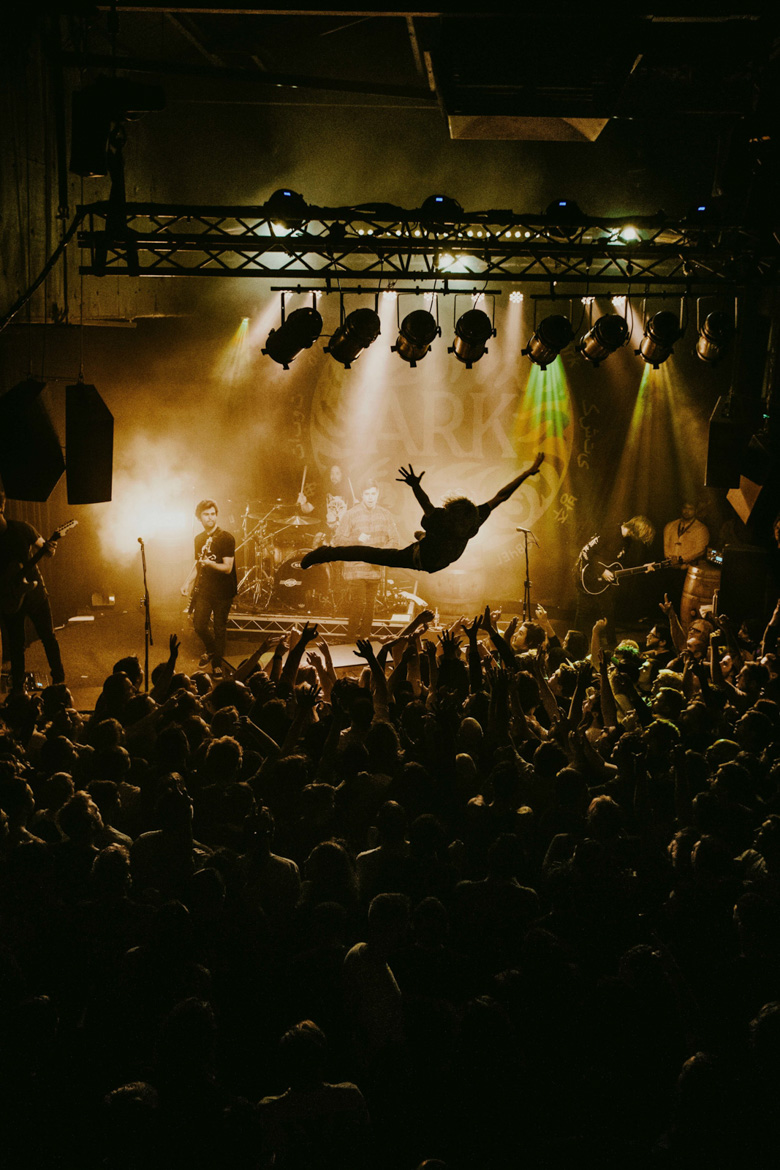 In Hearts Wake in Perth, no barrier, straight up hardcore vibes all night. Stage jumpers left right and center. Just a super fun show to kick off the tour! 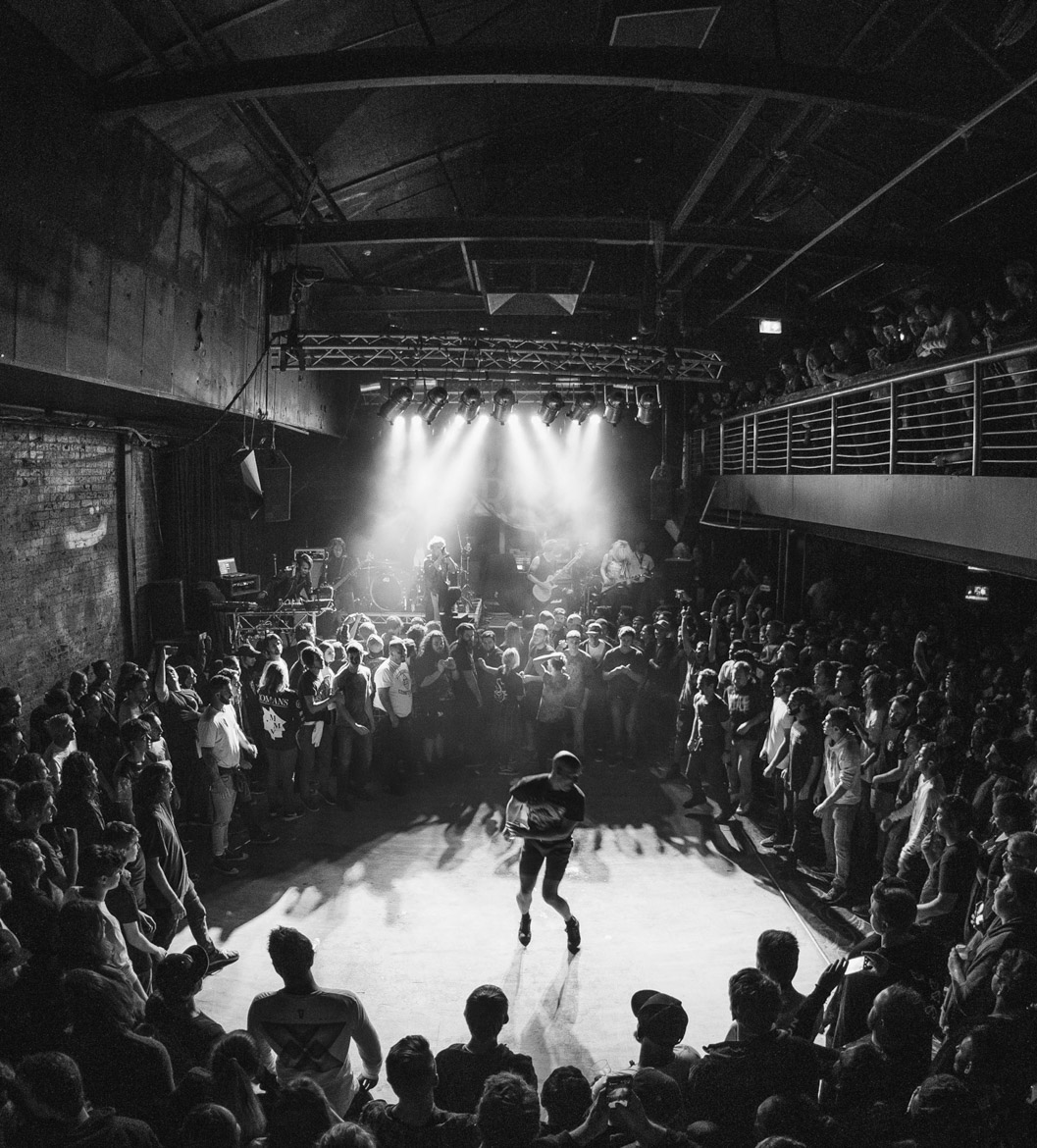 Once more in Perth but during Crossfaiths set, the ballsy guy tiptoeing around in the middle of a wall of death that was about to go down. Love the attitudes people bring to the pit!