Aleksander Małachowski’s Frames are like a perfectly designed dreamscape.

Seemingly ripped from the treatments of a Wes Anderson movie, the 27-year-old photographer intersects architectural precision with something altogether fantastical. Whether he’s adding trippy visuals to the geometry of a staircase or enhancing the colour of a symmetrical skyline, Aleksander blends technical finesse with a unique cinematic flair.

Starting out in high school before focussing his efforts on architectural scenes six years ago, Aleksander draws inspiration from his hometown of Warsaw, Poland. It’s in amongst the cityscape that Aleksander’s magical accuracy flourishes, and although his sky-bound Frames feel like the work of a well-organised camera crew and a stack of expensive equipment, Aleksander’s career had much humbler beginnings.

“[My first] camera was my phone, a Samsung Galaxy S3. I quickly discovered that I can achieve a lot with just a mobile device,” Aleksander says.

The minimalism of this method is reflected in Aleksander’s work. There’s a simplicity to every shot, perfectly oriented with a keen attention to every last detail. And yet, it’s the addition of visual effects- like a cross-cutting rainbow or a glowing crescent moon- that gives even the simplest of snaps a distinctive, almost-science fiction atmosphere.

It’s no surprise that Aleksander’s work spans from Poland to Germany, two countries known for their stunning built environments. More specifically, it’s the crisp structural design of POLIN Museum in Warsaw that Aleksander likes the most, but shooting inside these pristine buildings isn’t without its challenges.

“Every time, people tend to think you’re a thief when they see you’re taking photos of interiors such as staircases,” he says.

Luckily for us, both Aleksander and his shots managed to get out unscathed, and the resulting portfolio reads like an urban blueprint of a not-so-distant utopia. Traipse through Aleksander’s meticulous fantasies in the shots below, and head here to follow him on Instagram. 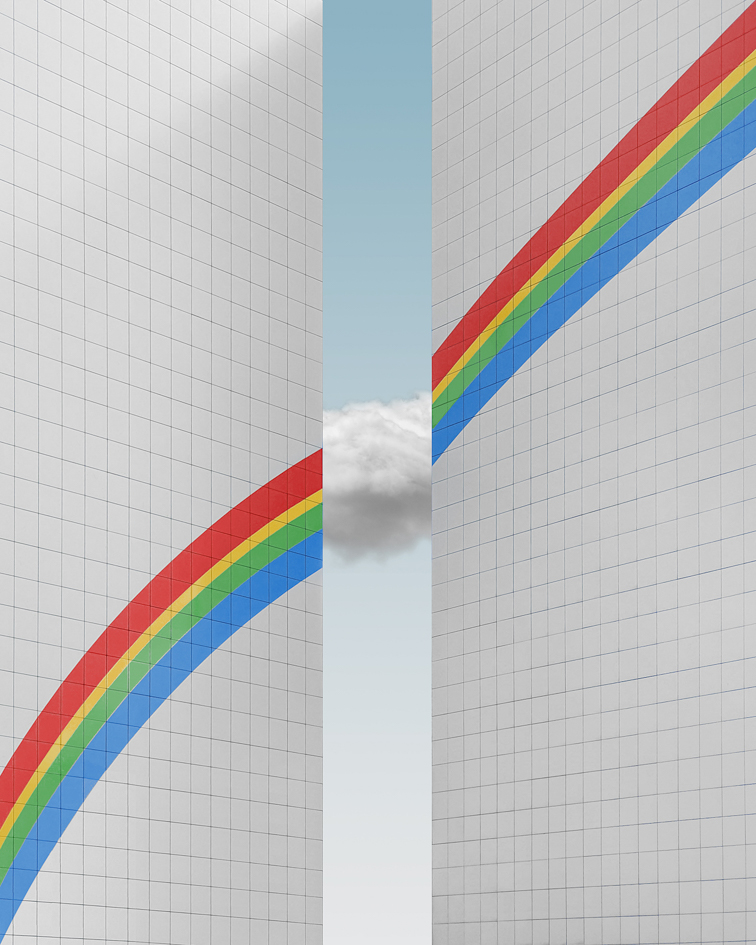 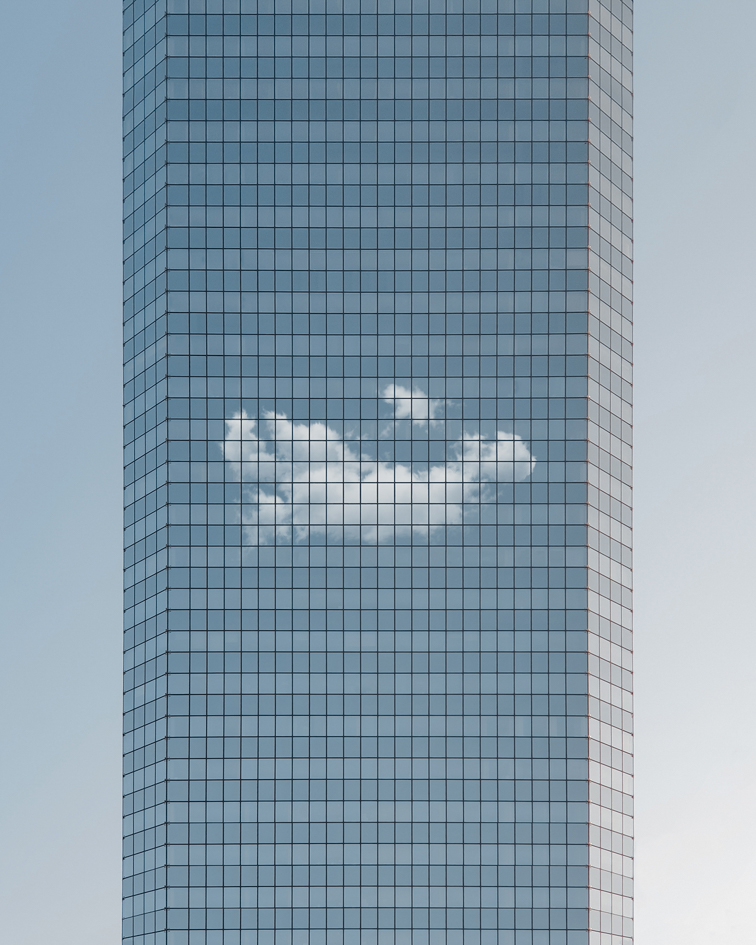 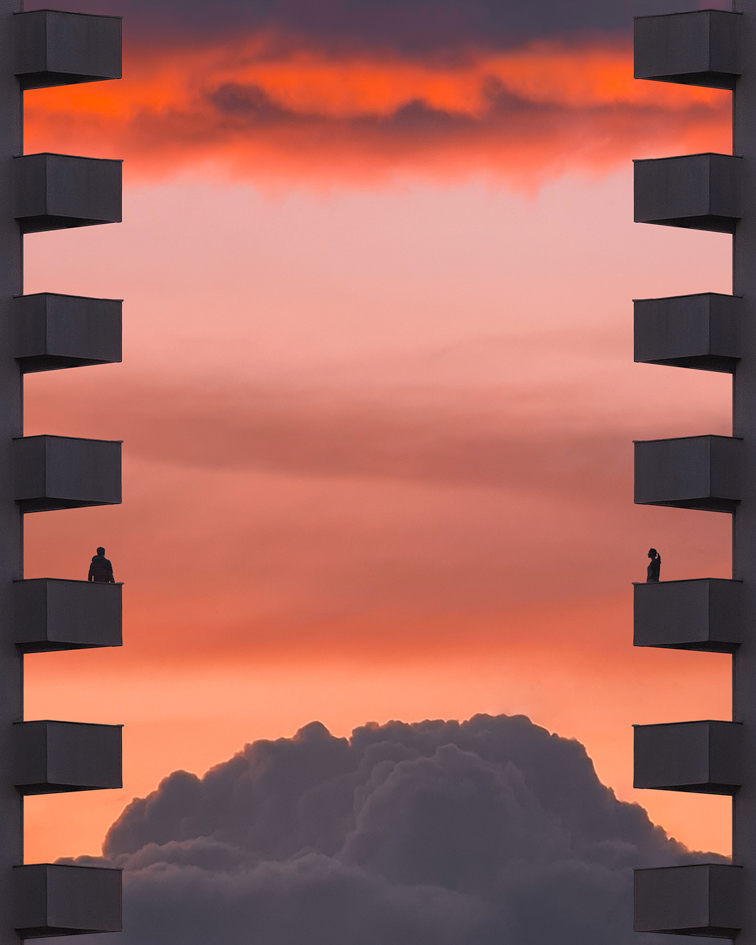 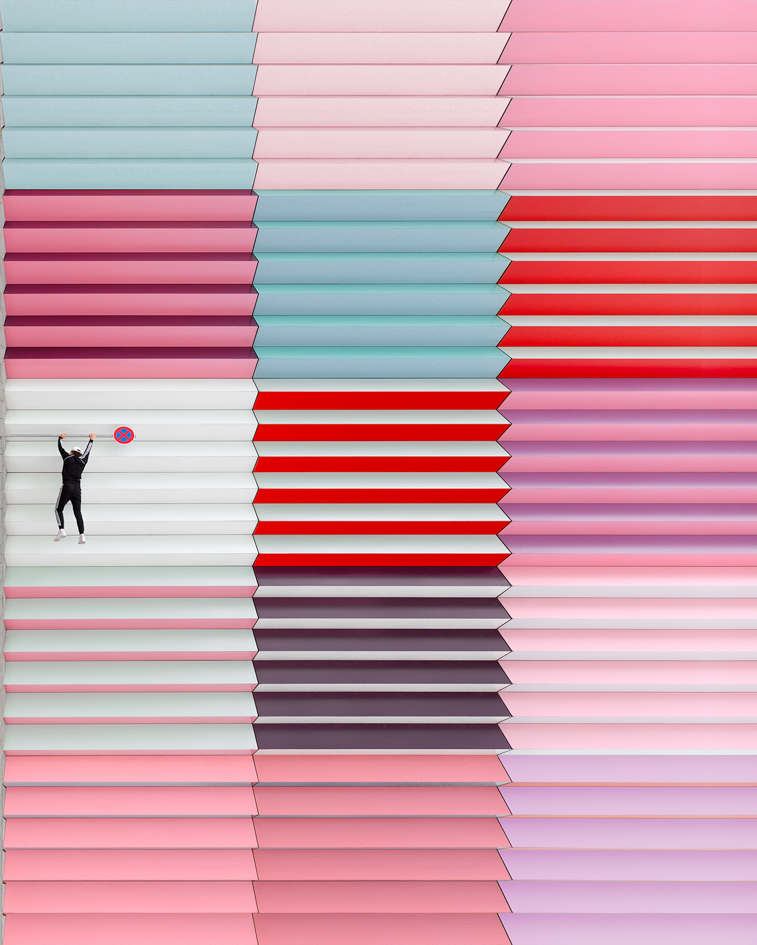 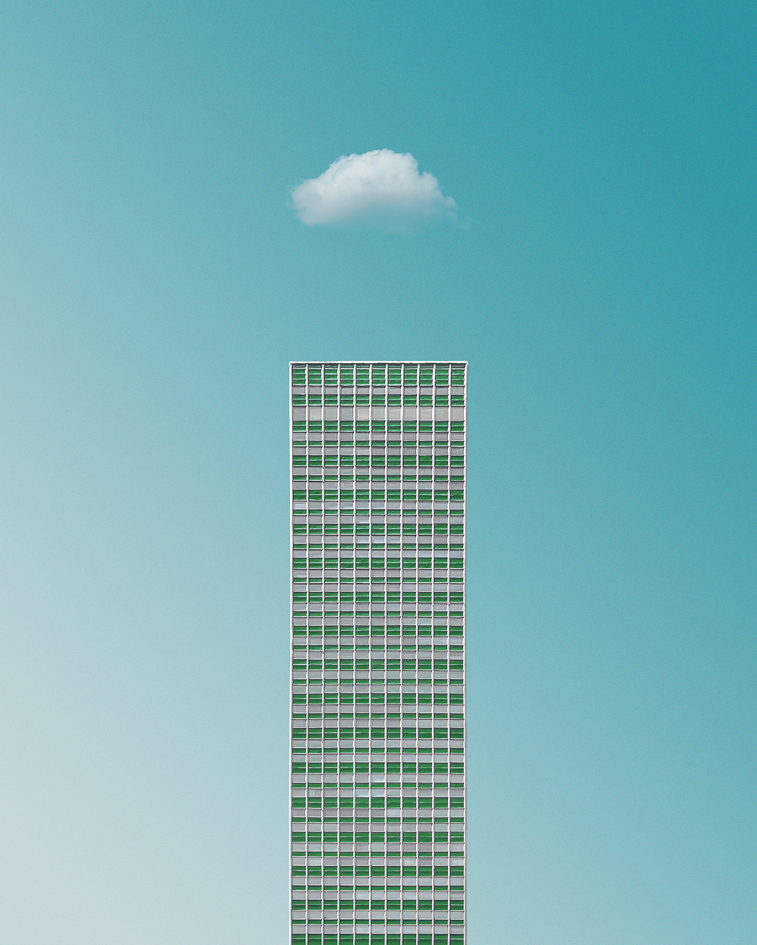 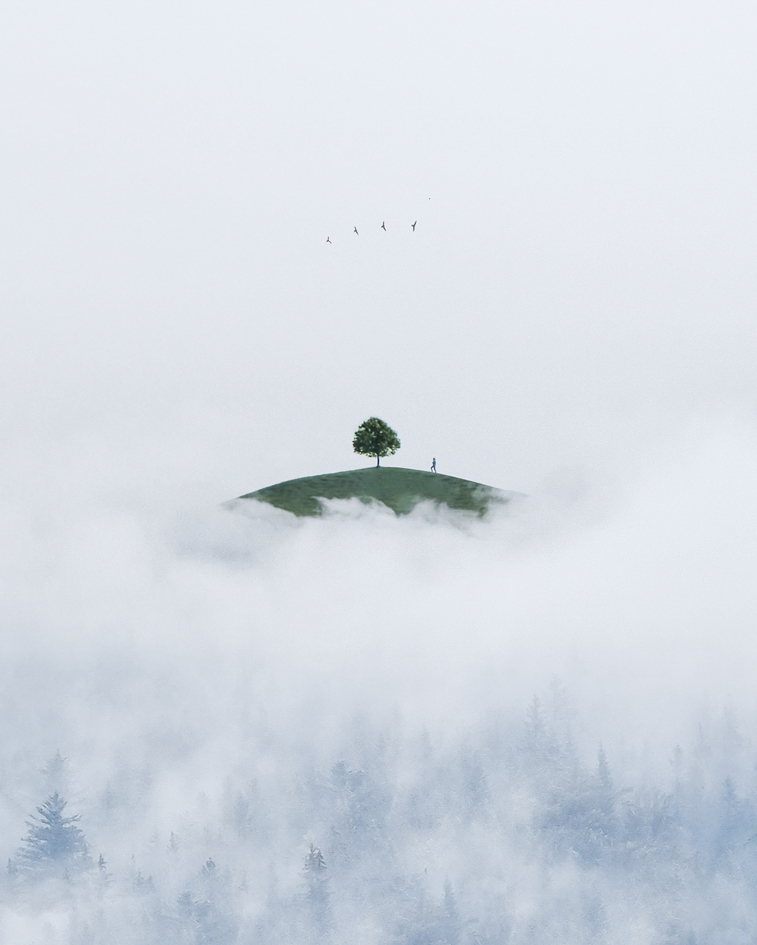 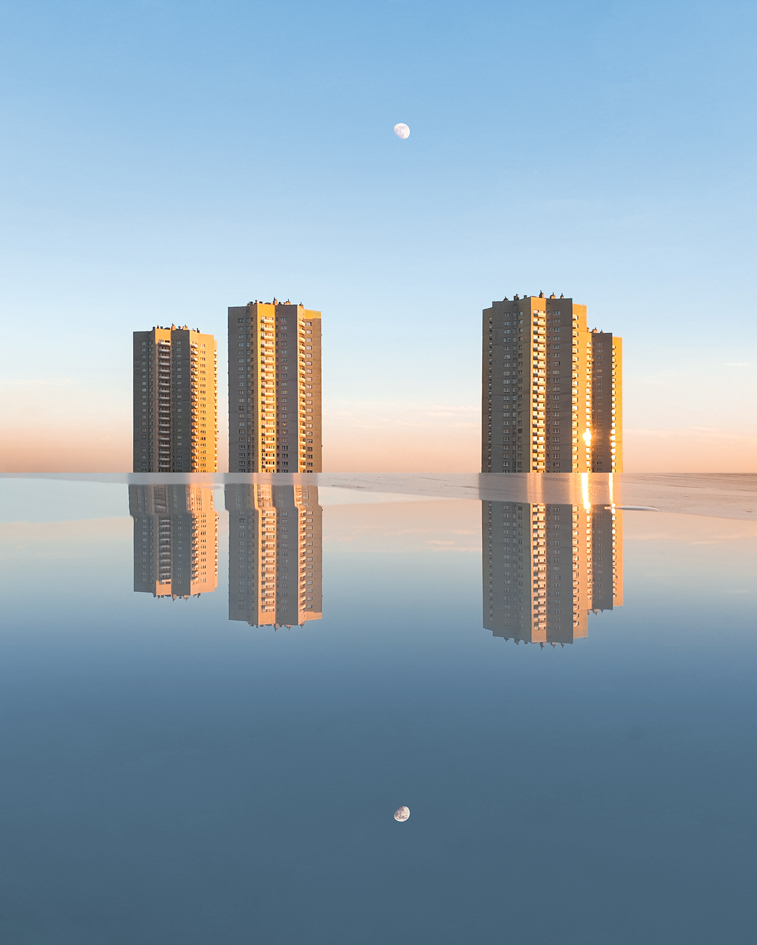 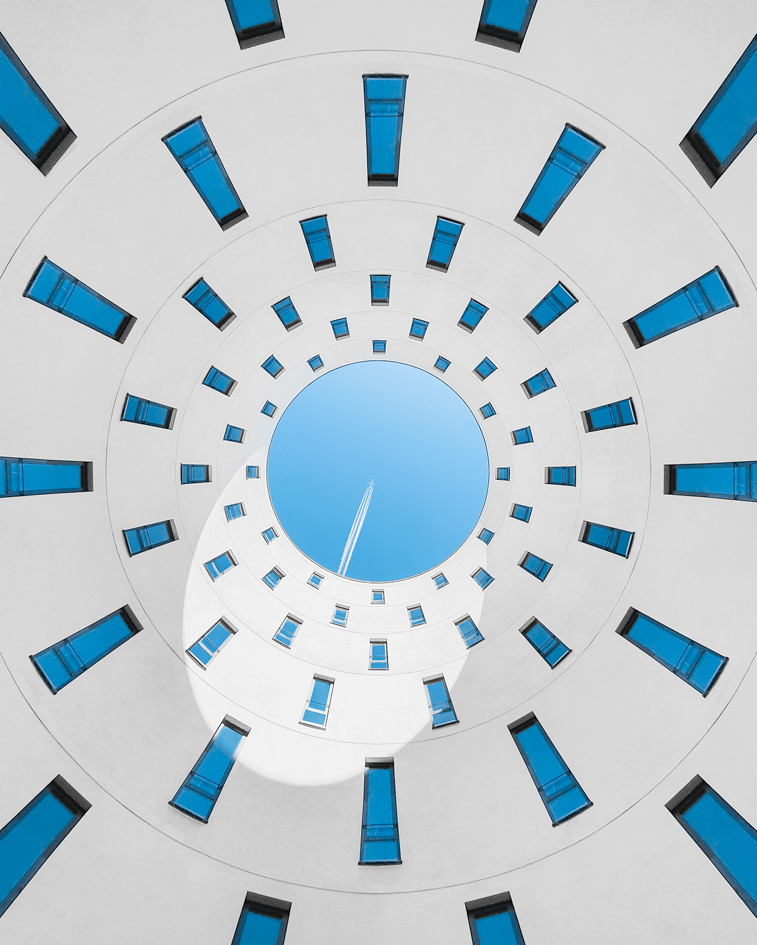 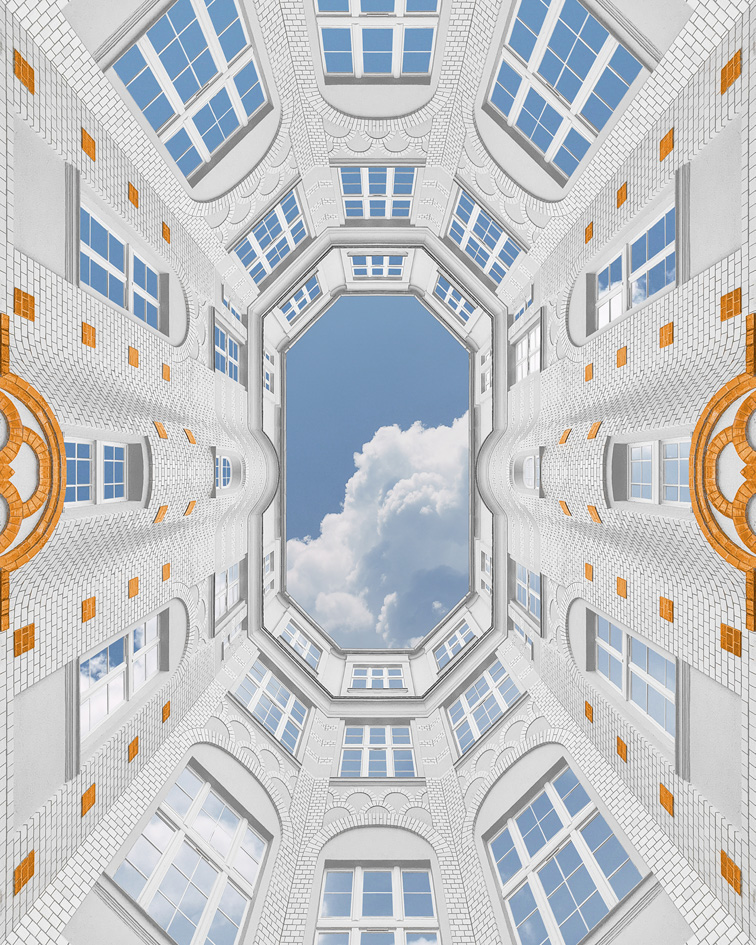 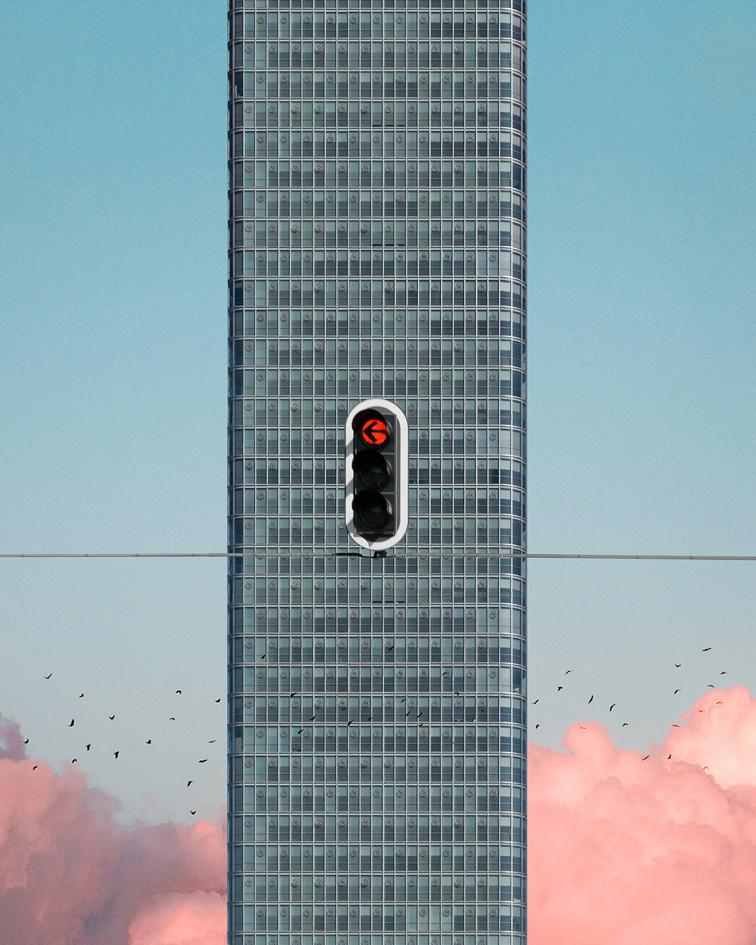 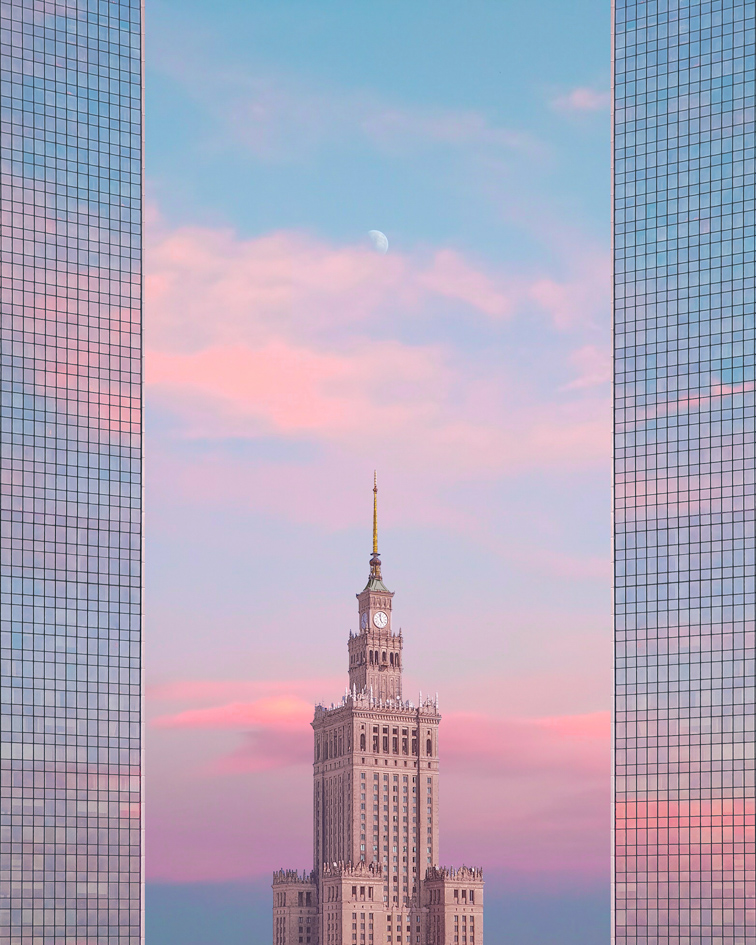 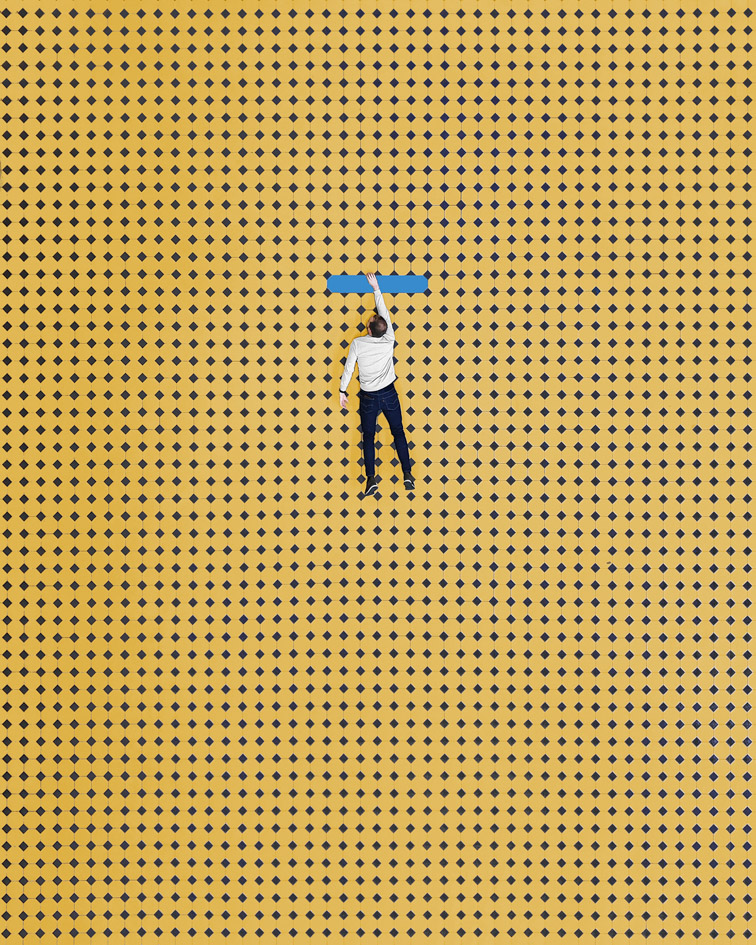 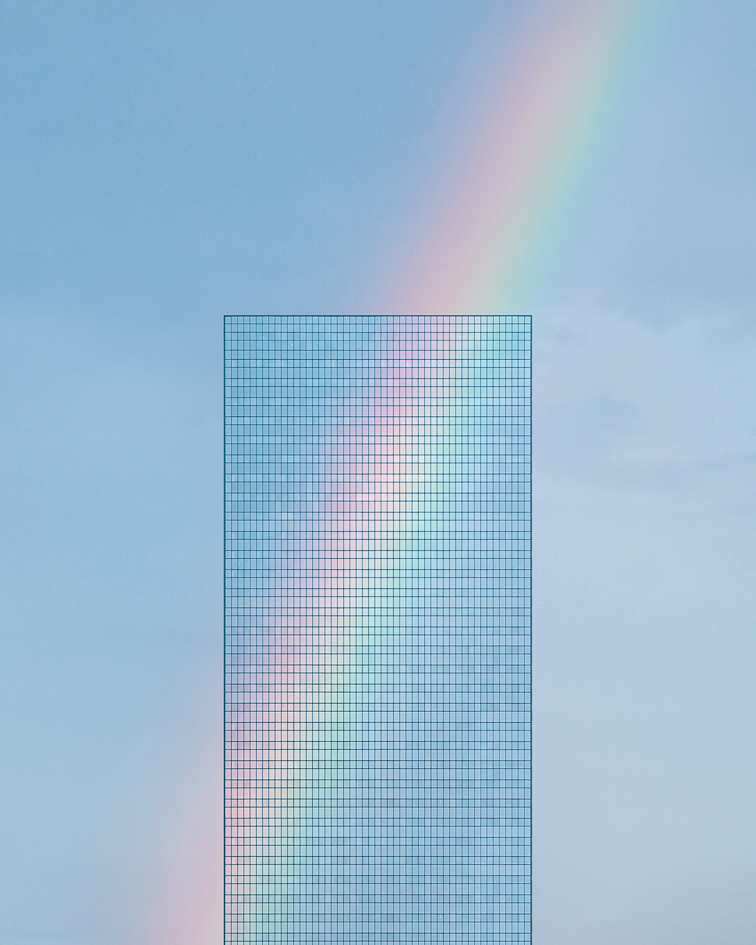 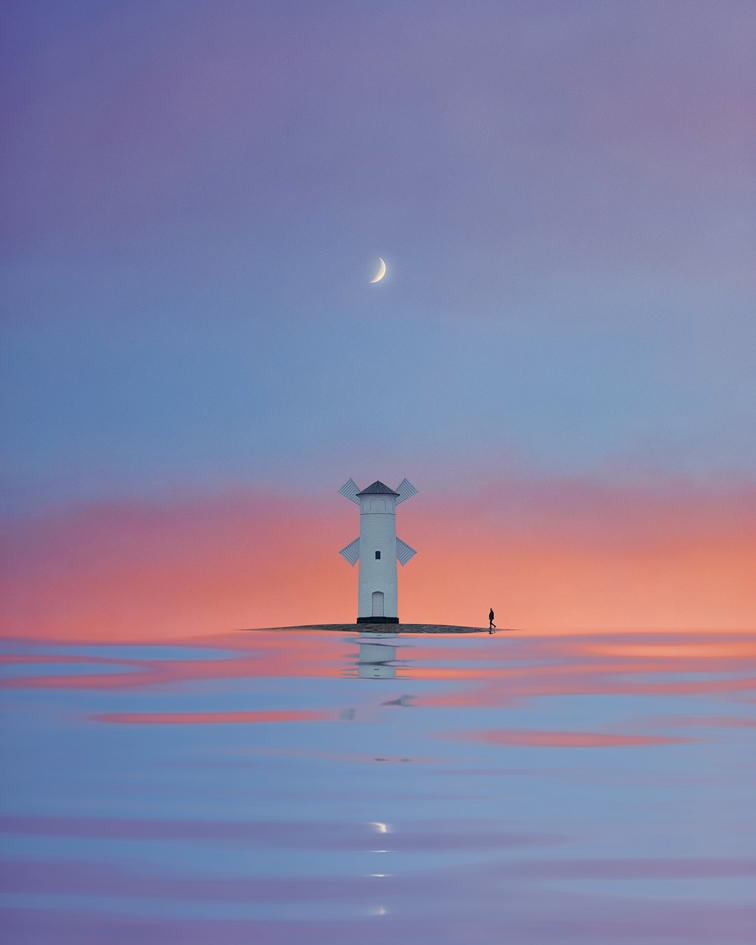