It’s impossible to do justice to Sean Davey’s portfolio in 20 or so snaps.

Having shot nearly every aspect of the ocean over his 40 year career, it’s safe to say that Sean “Wavey” Davey has an affinity with salt water that most of us could hardly comprehend. Picking up a Kodak Instamatic 126 back in 1977, the Tasmanian-born photographer took inspiration from iconic snappers like Max Dupain, as he developed his craft, eventually becoming one of the most recognisable surf photographers in the world.

Having resided on the North Shore of Oahu for the past 22 years, Sean’s passion for shooting the big blue and everything in it remains the same. ”When there’s swell about, it’s waves for sure. Always has been for 40 years. Yep 40 years!” He says. ”During the summer months, I love to photograph the underwater sea-life here. we have turtles, large schools of fish, dolphins, even the occasional monk seal and the water clarity here is divine.”

Spending so much time in an often unforgiving environment has also meant he’s had his share or hairy moments too. “There’s so many really, it’s hard to pick one. Perhaps being out a Teahupoo in Tahiti on a huge day and sitting way too deep in a little dinghy with four others, continually warning our driver about not being so close. I kissed the land when we hit the shore that afternoon,” he says.

Take a look at a slice of Sean’s best snaps below and head here to follow him on Instagram: 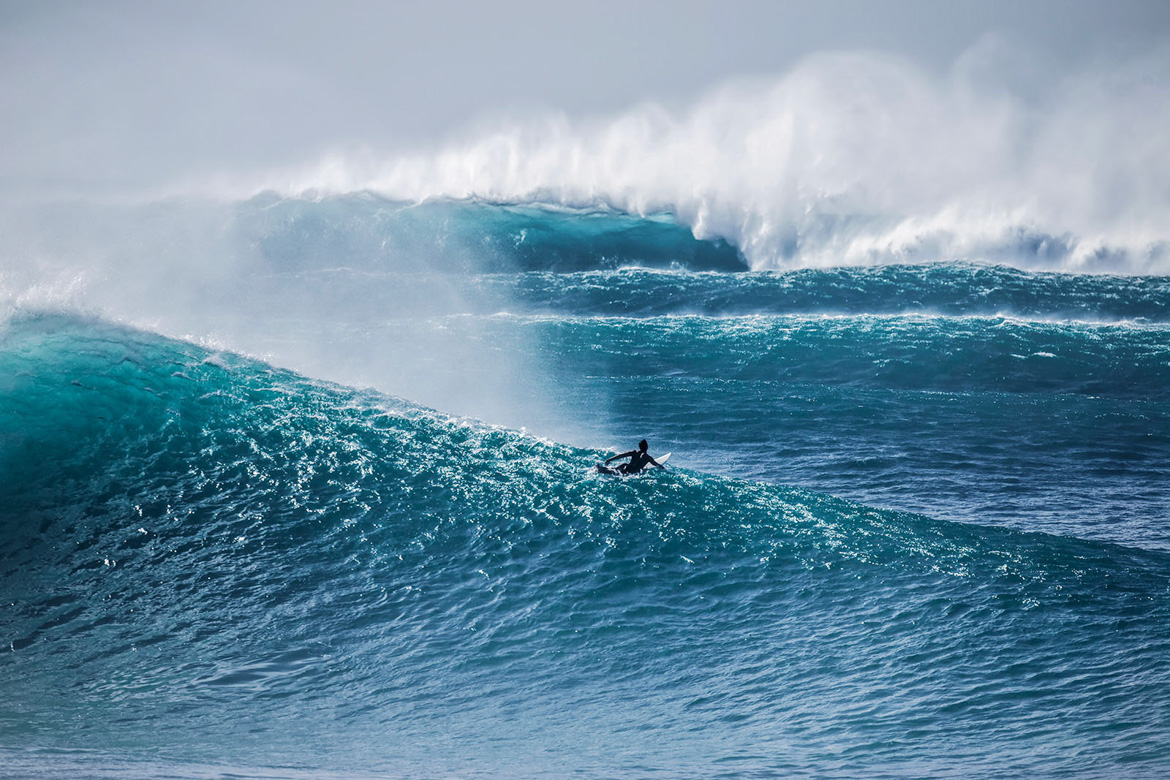 A set of very large waves rolling through the lineup at Pipeline, on the north shore of Oahu, Hawaii 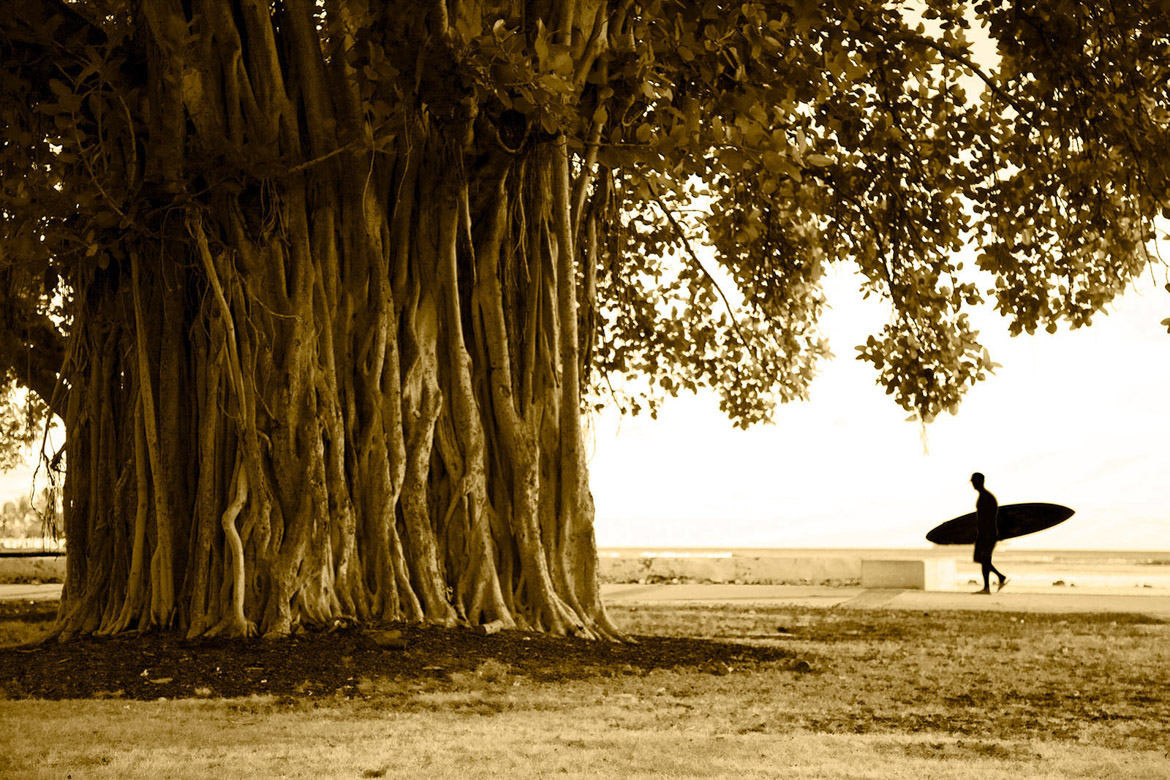 A tree surrounded by vines in Ala Moana Beach Park, in Honolulu, Hawaii. 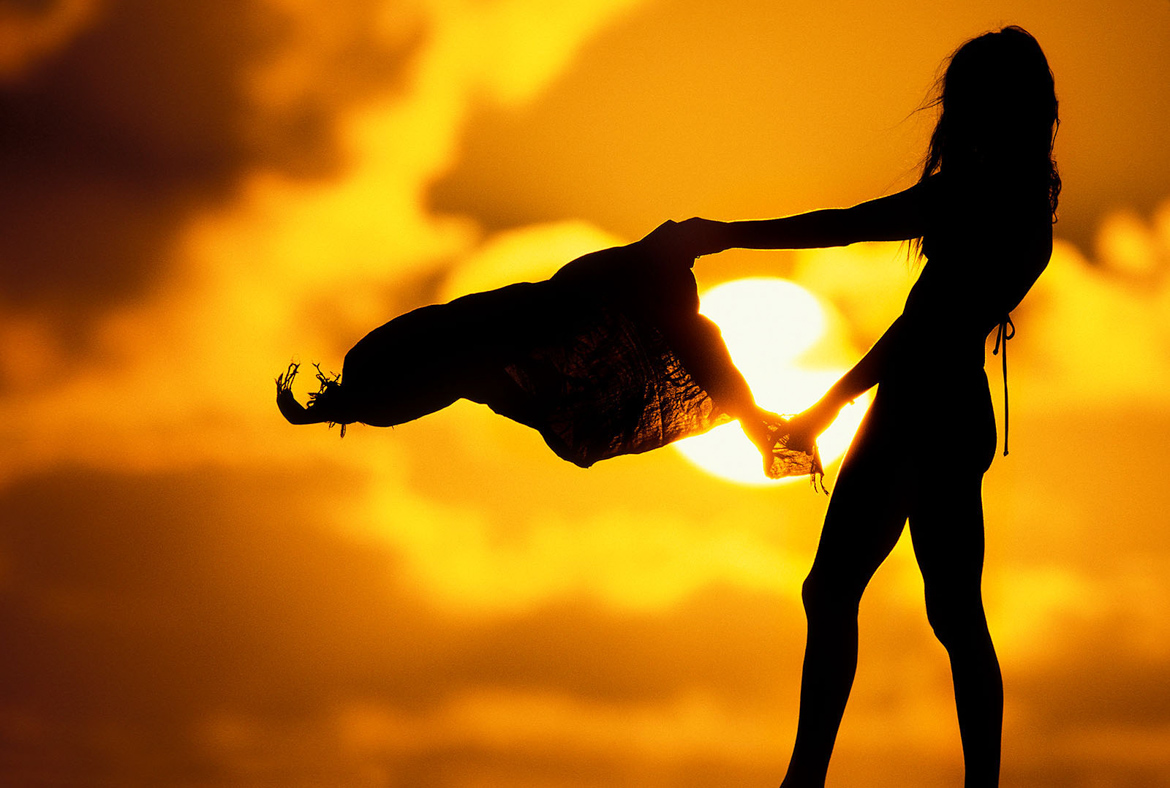 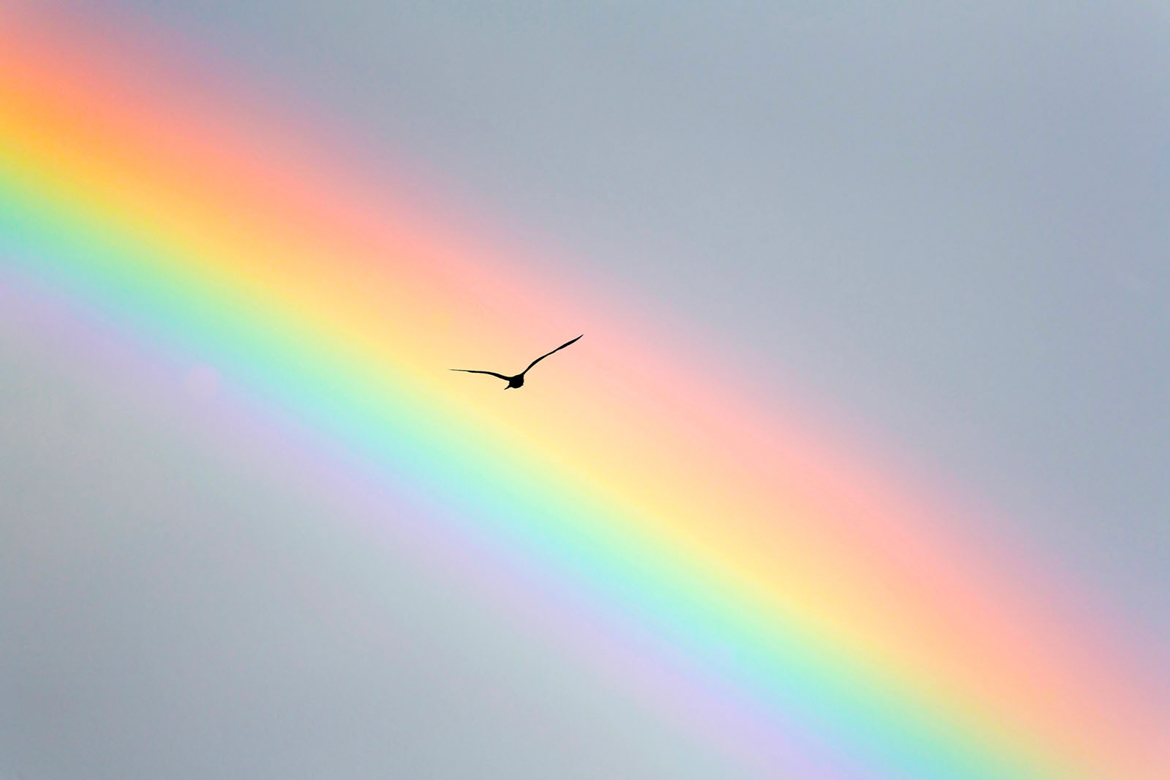 A section of a vivid rainbow is photographed against a dark, stormy sky. 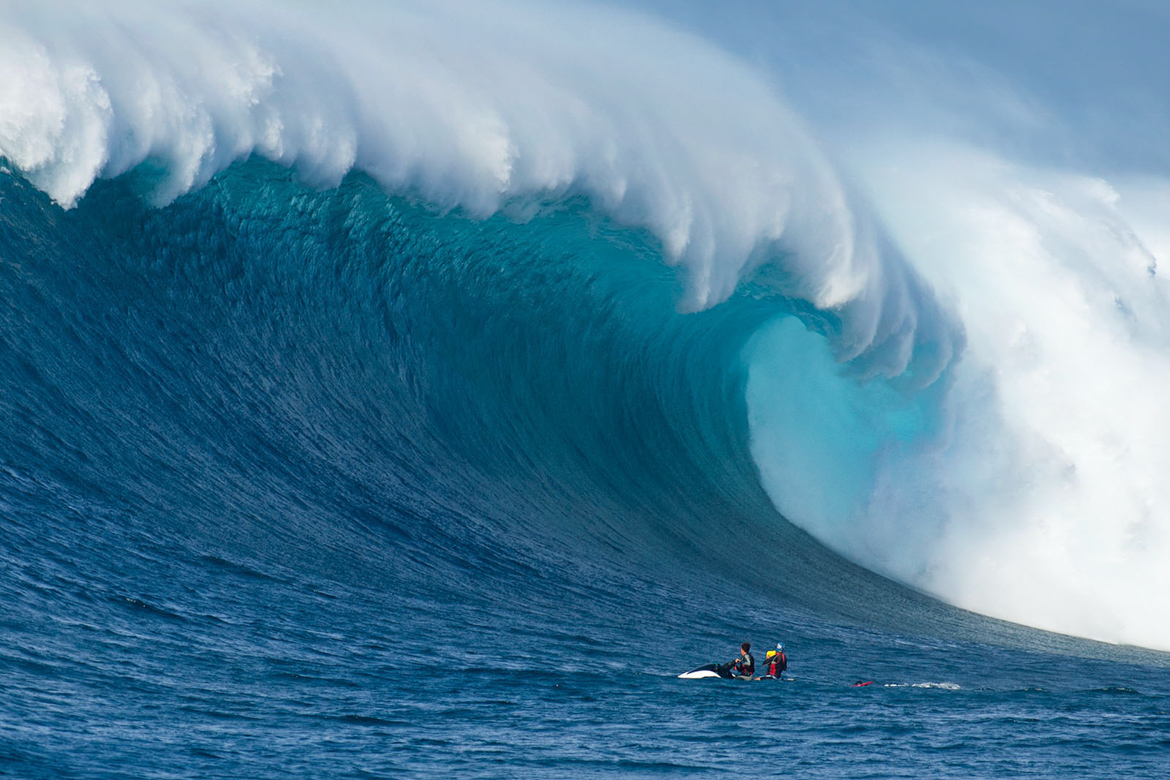 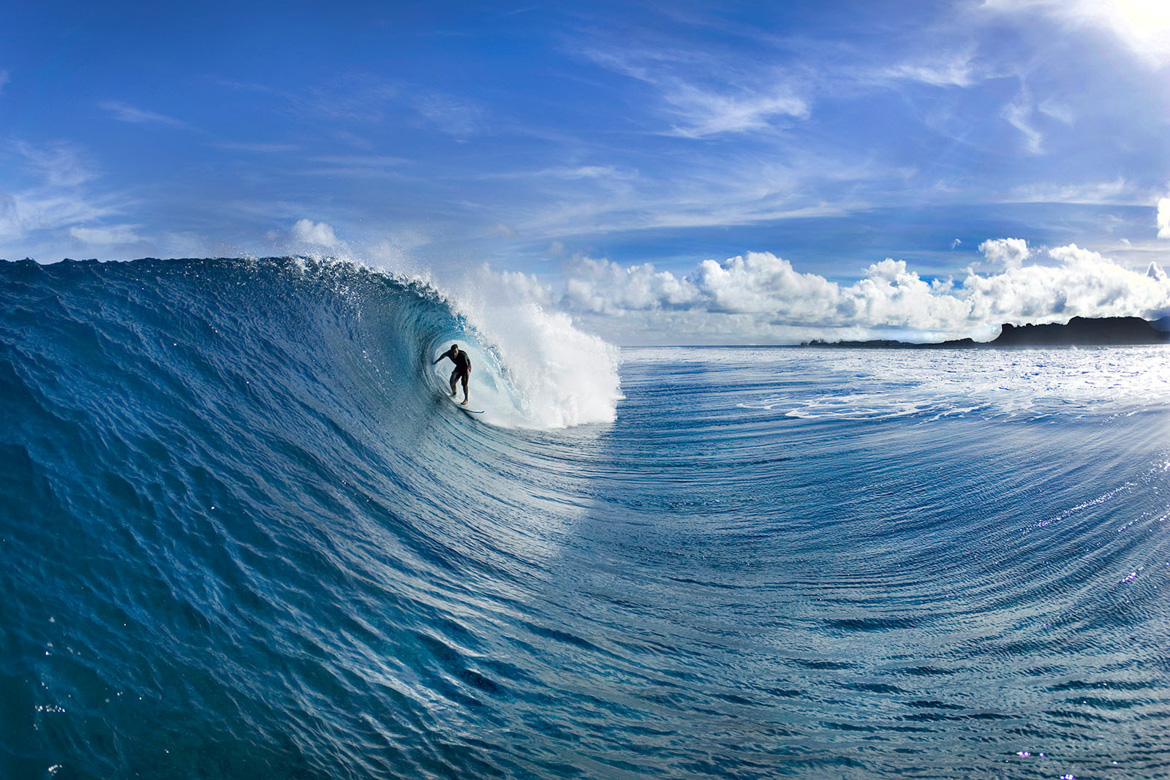 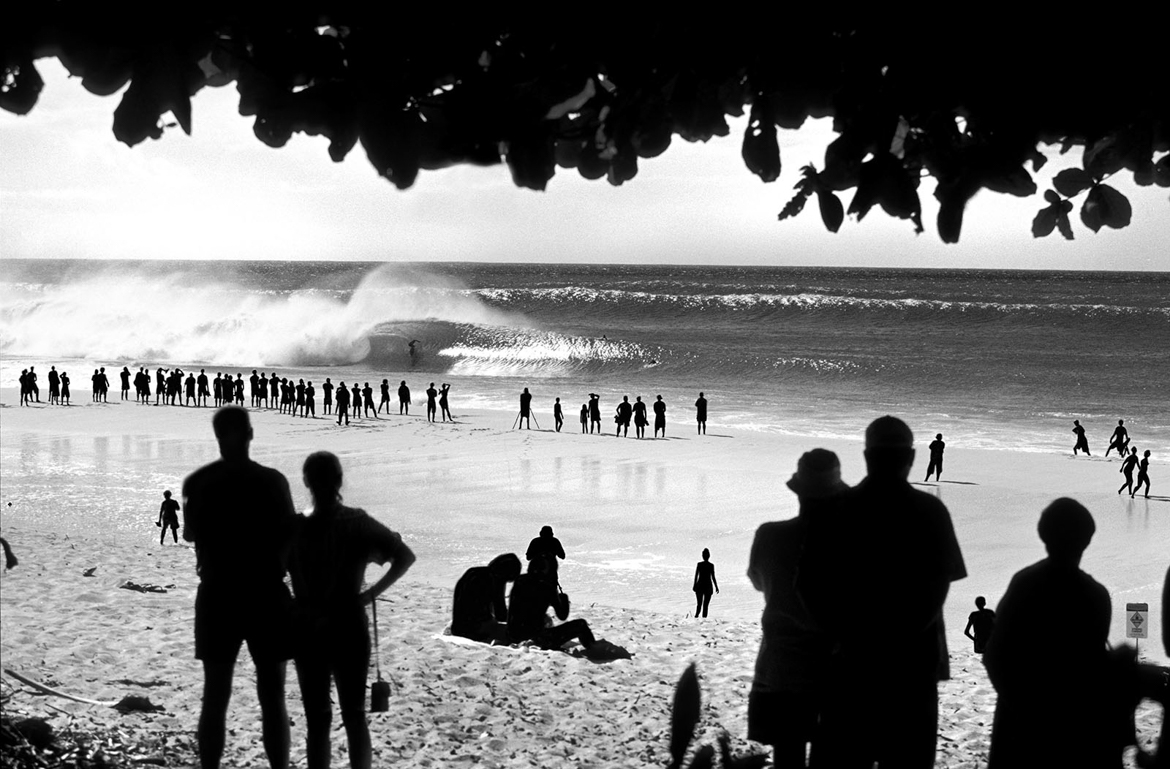 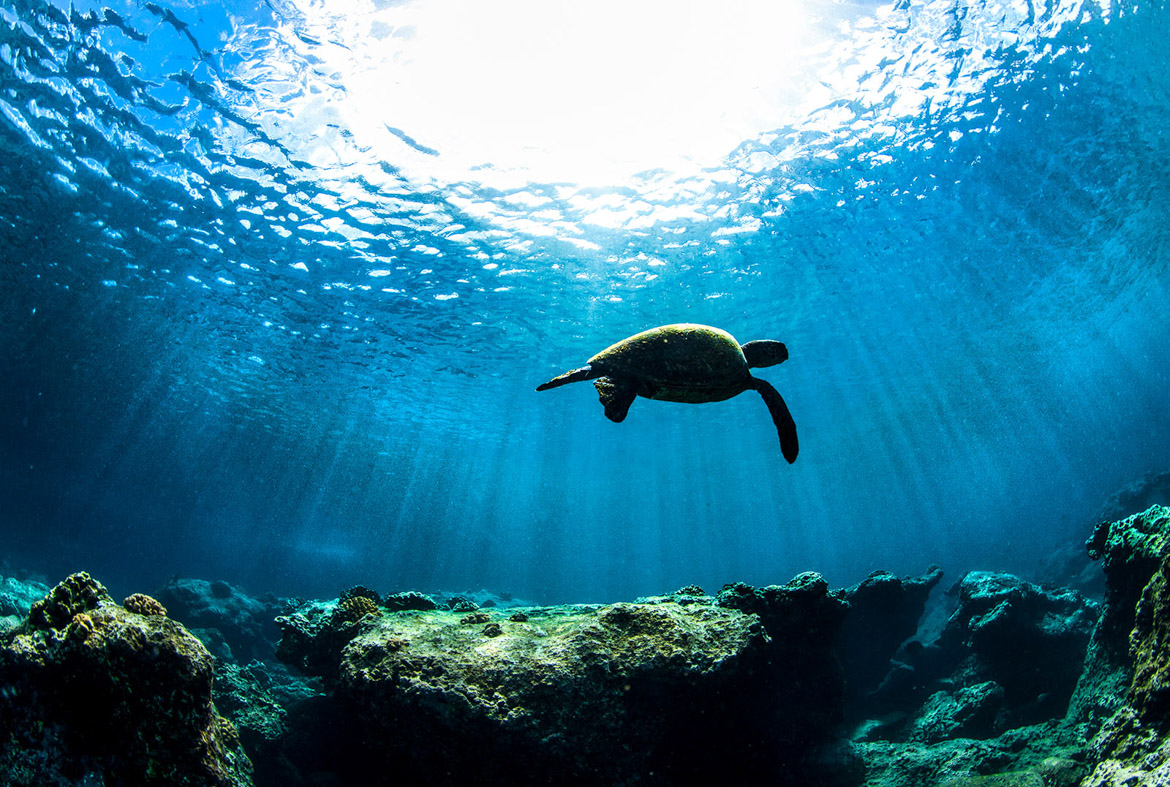 An under water view of a Hawaiian sea turtle at Sharks Cove, on the north 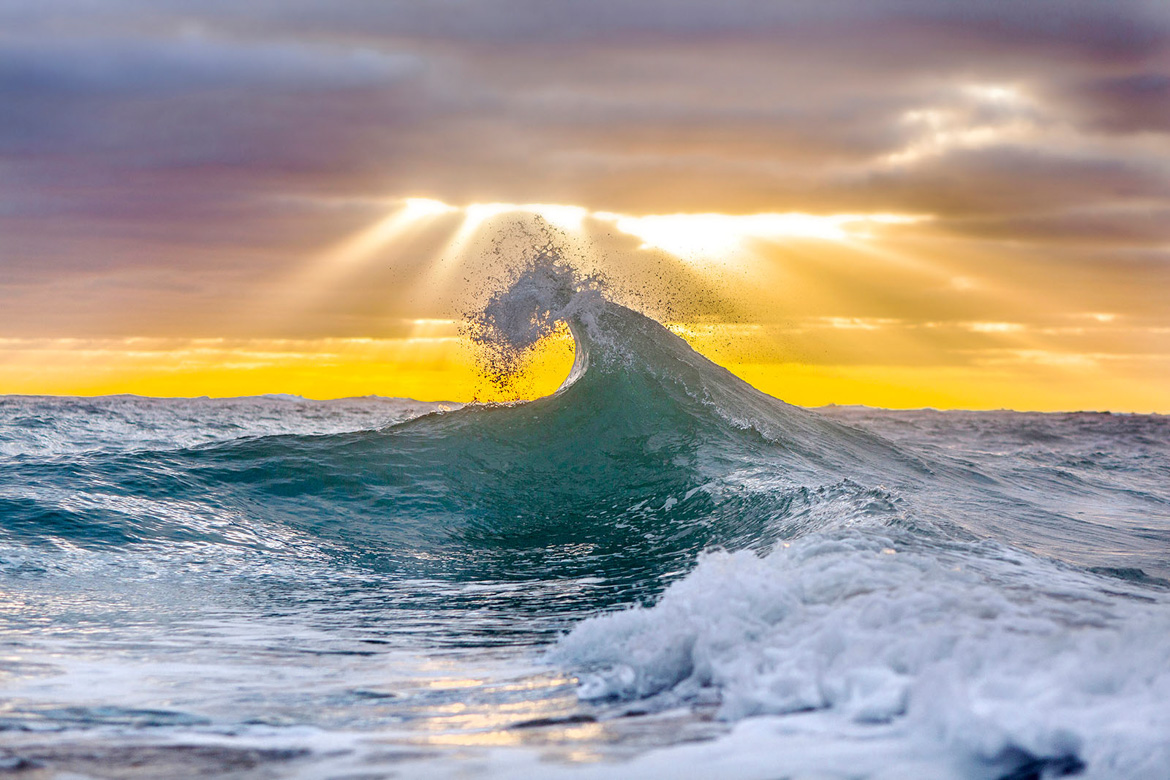 An ocean wave at dawn, on the east side of Oahu. Deep inside an the tube of a wave rolling towards the shore, on the north shore of Oahu, Hawaii. 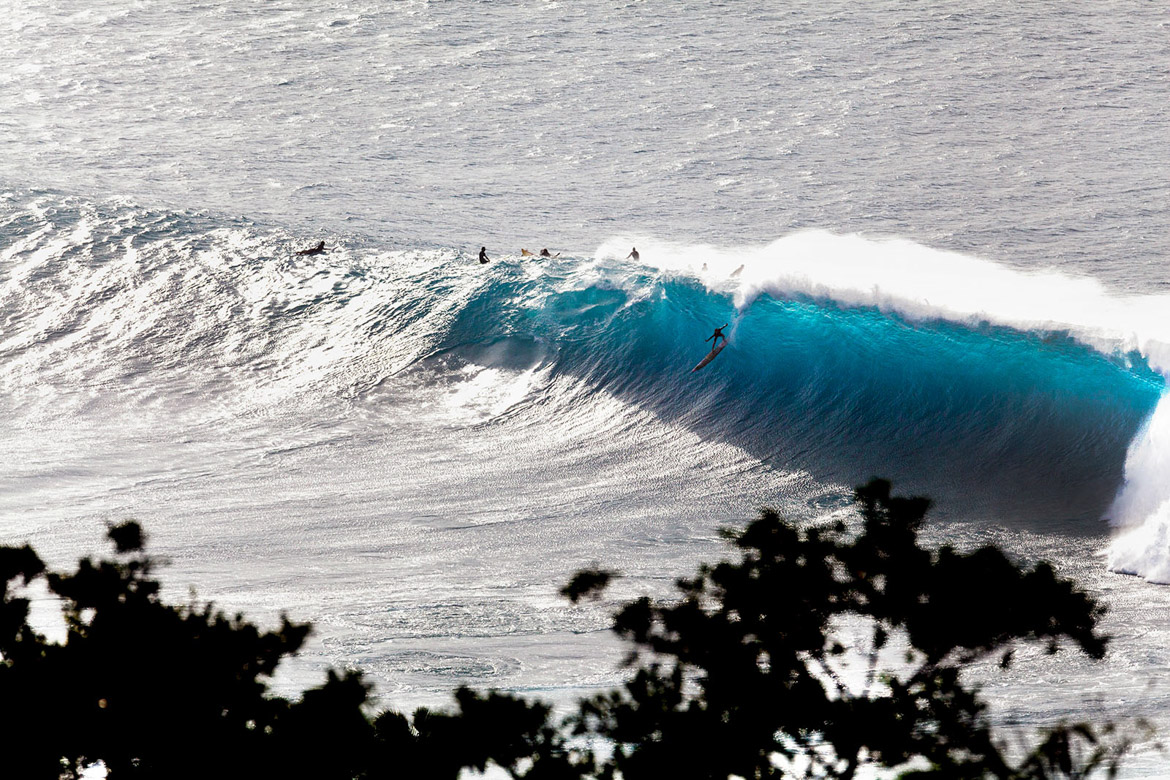 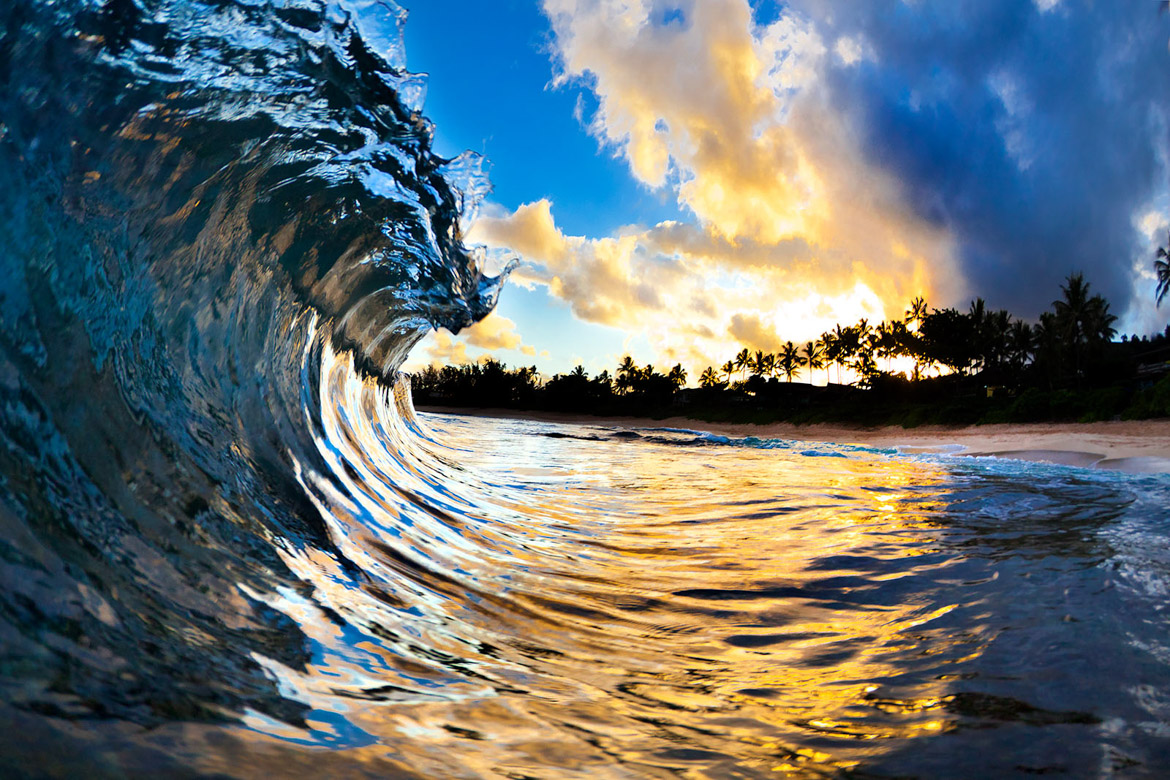 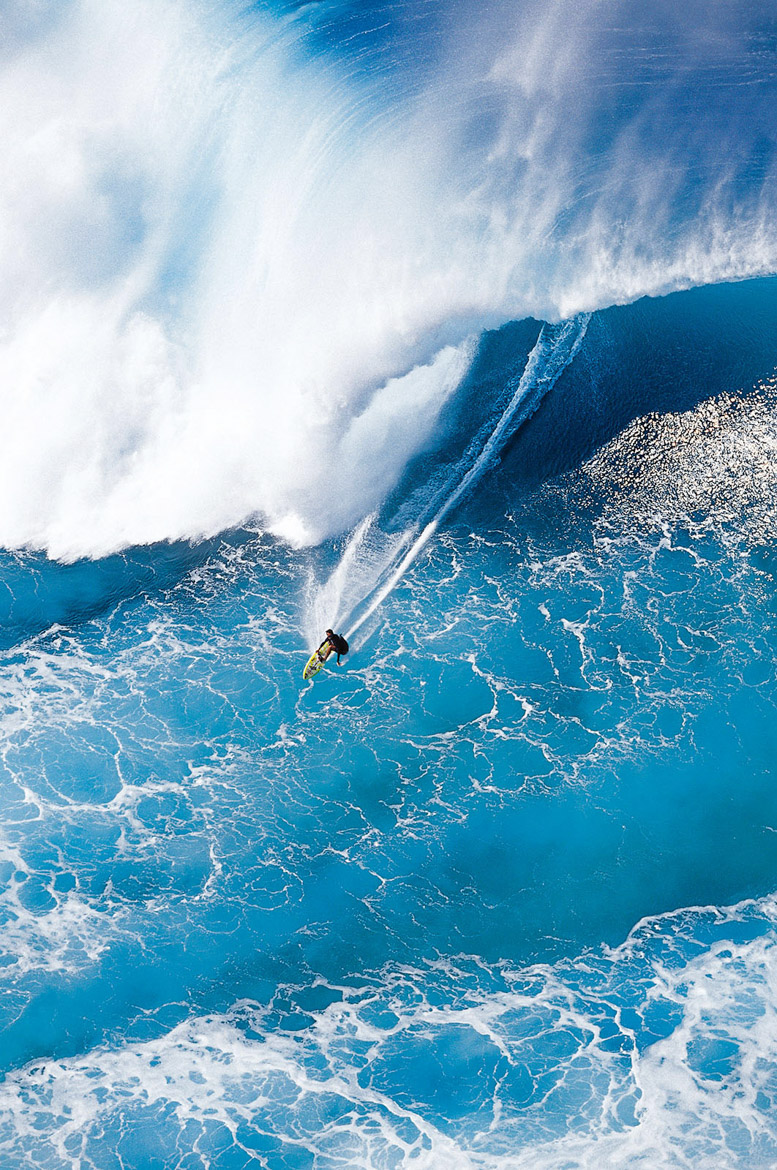 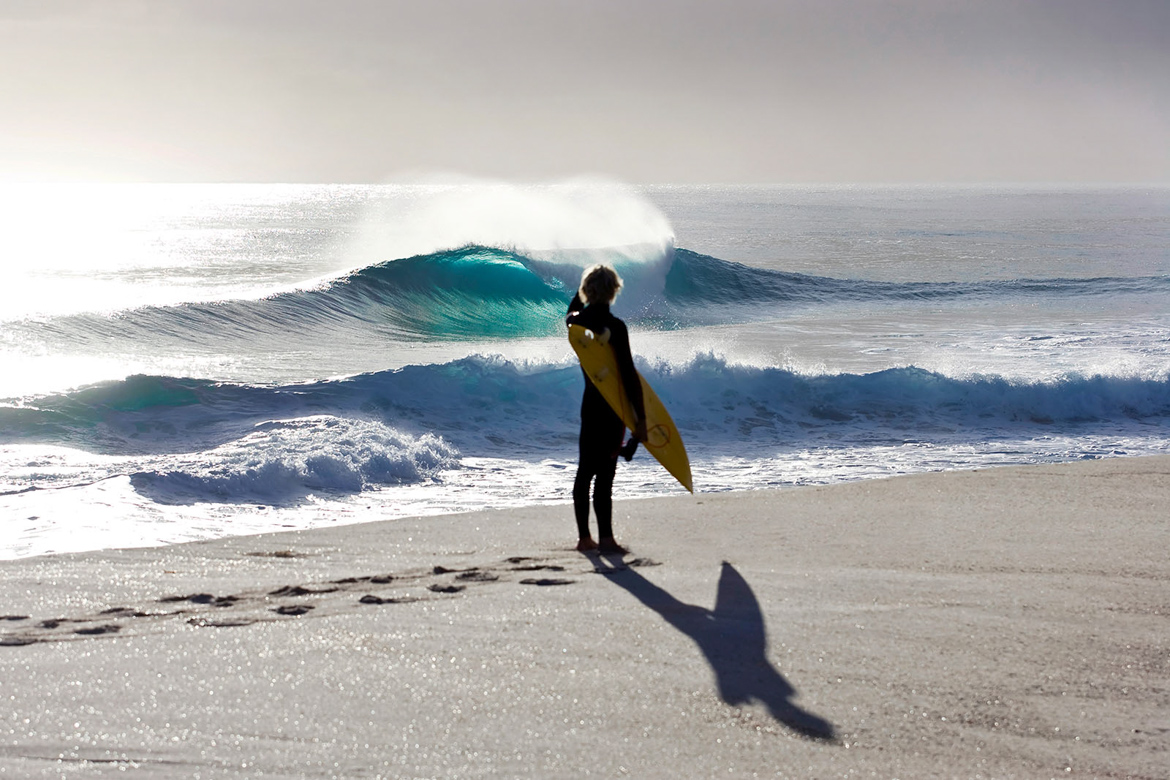 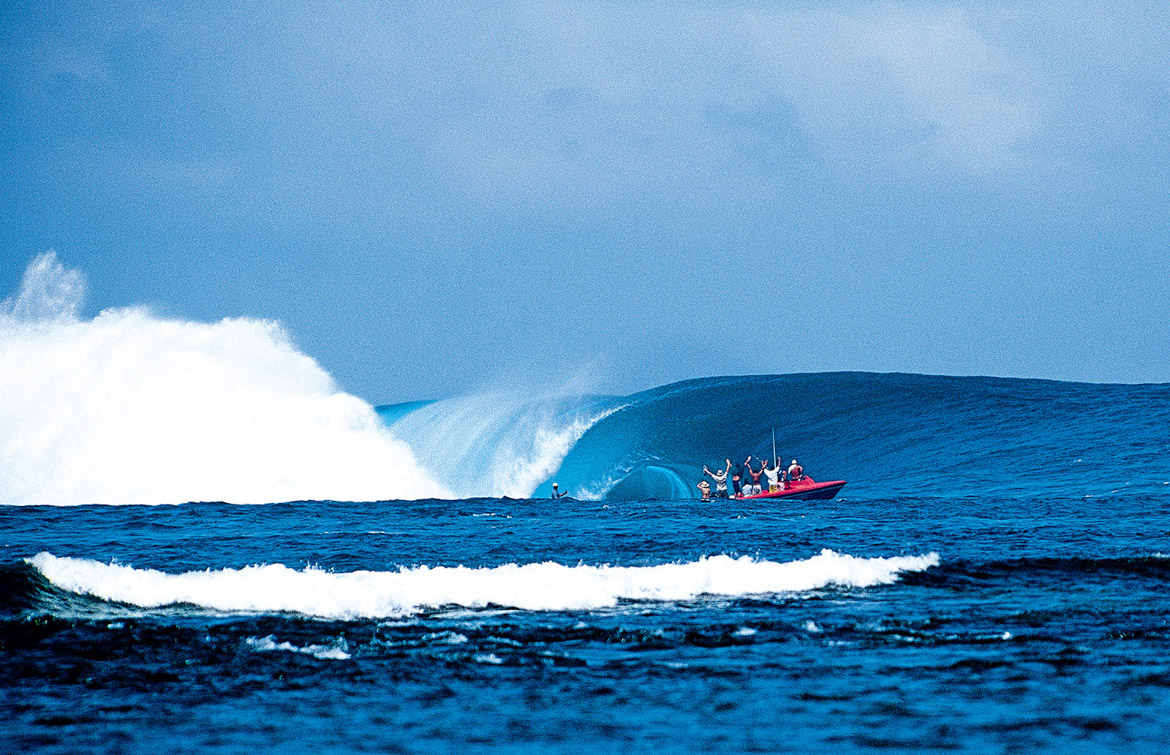 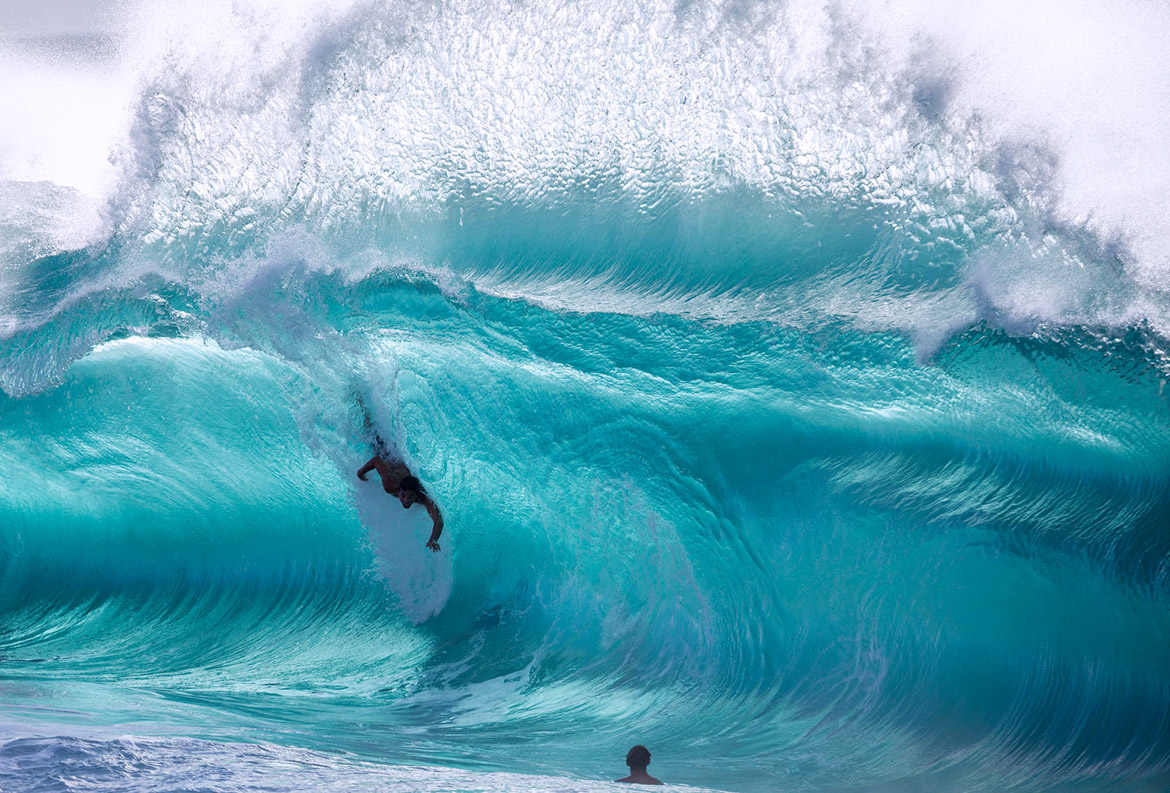 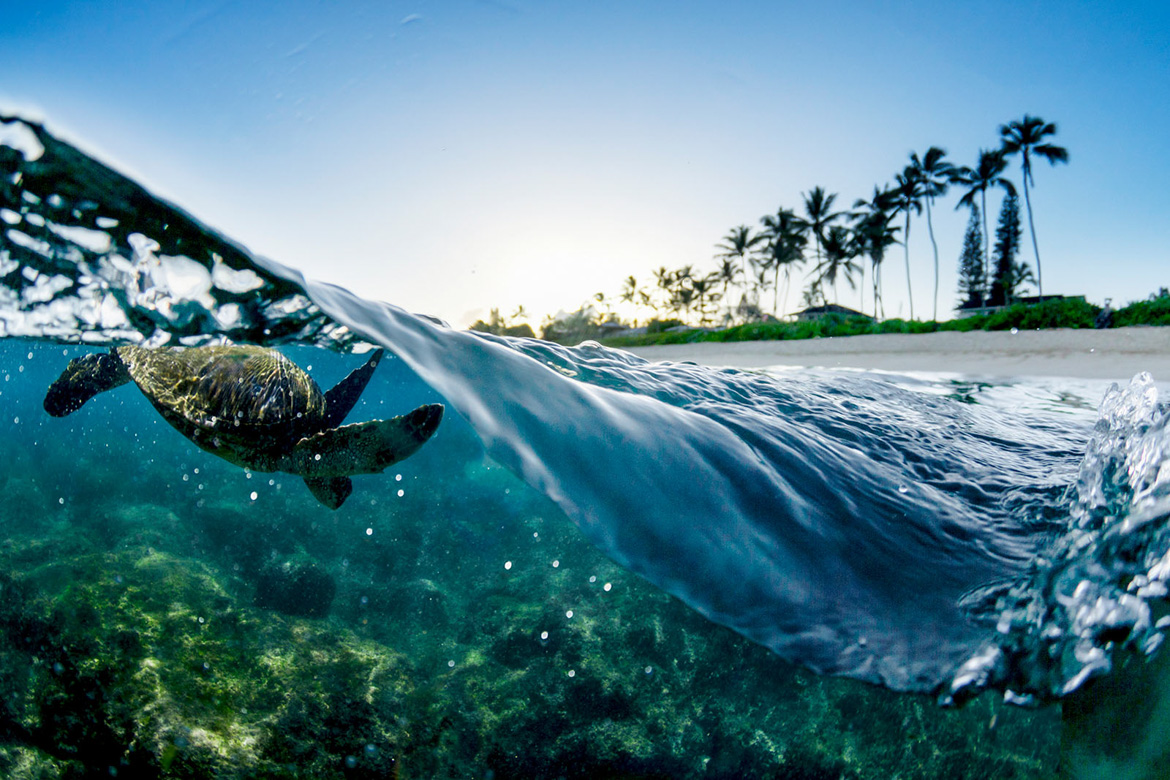 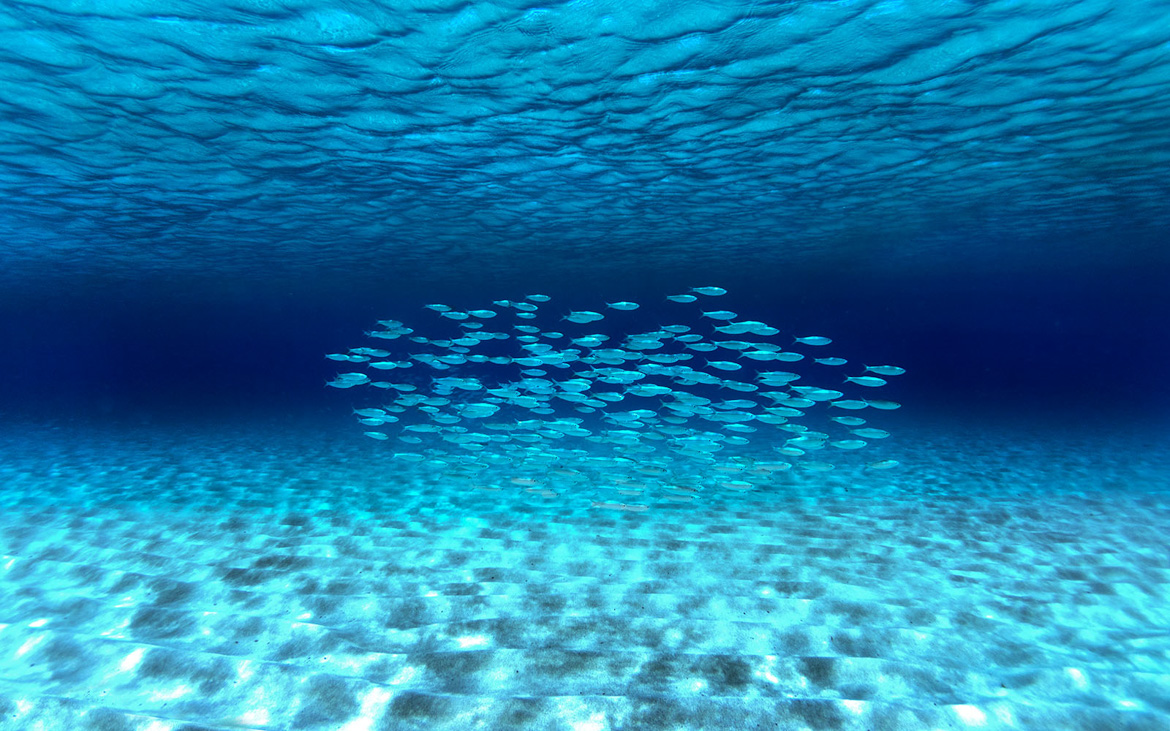 An underwater view of a relatively small school of fish, very much together but alone in the waters of waimea Bay, in Hawaii. 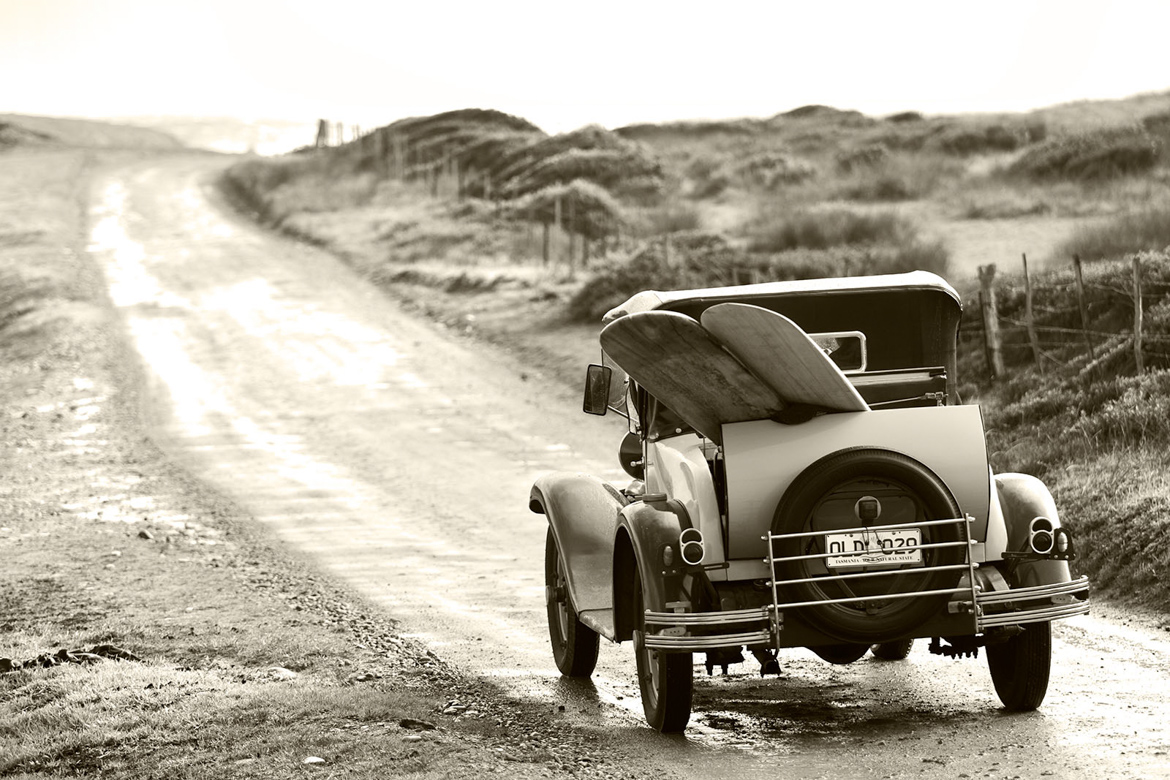