Currently on tour with Vera Blue, we caught up with dance commander Alicy Ivy to chat about her favourite licorice disks.

Having released her triumphant debut LP I’m Dreaming earlier in the year, played SXSW, jumped on national tours with Jungle Giants, Flight Facilities and Vera Blue, as well as being named on this years splendour lineup, it’s fair to say 2018 has been well and truly been conquered by electro artist Alice Ivy.

The Melburnian, who dabbles in soul, funk, hip-hop and R ‘n’ B, has proven herself a worthy touring buddy for some of Australia’s biggest acts and seems to be adapting to life as an in-demand touring entity.

“Being out on the road, I love it,” Alice says. “Especially when you go on a tour particularly like the jungle giants one and everyone becomes like a family and is looking out for one another. Everyone’s in the same boat, hungover, checking in at the airport on the same days.”

As for what she has planned for the rest of year, the chirpy sample queen is already looking ahead for album number two. “I’m just keen to put aside a couple of months to write because up until now I haven’t really had the time this year and it’s really important. I always feel most productive when I have a stint of time set aside for writing rather than writing on the road,” Alice says.

Stay tuned for more from Alice Ivy, and be sure to chuck on your dancing shoes and check out the wax pizzas that get her grooving below: 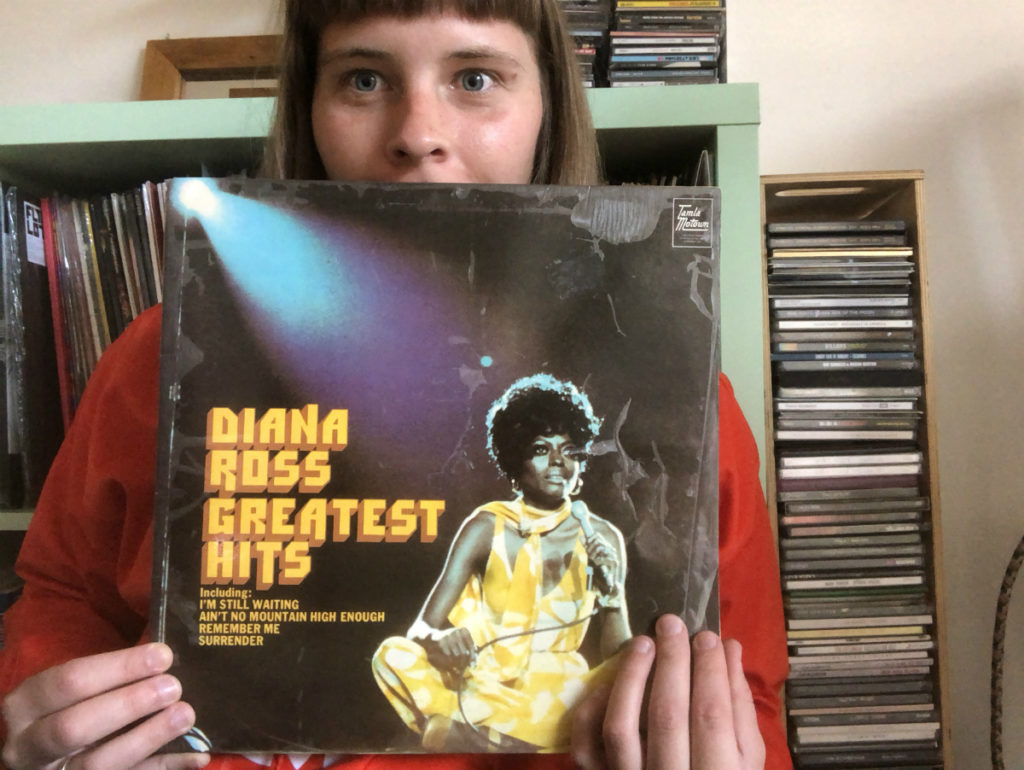 “This record is my favourite because it’s the first thing that I ever sampled, I sampled a small string section. I’ve always been really into motown and soul music, I grew up in Geelong and I used to play in this band where we did soul and motown covers,” Alice says. “This is definitely the record I would save if my house was burning down. I’d grab my laptop and I would grab this record. It’s not in the best shape because I got it second hand from some op-shop bin but it’s honestly one of my most prized possessions.” 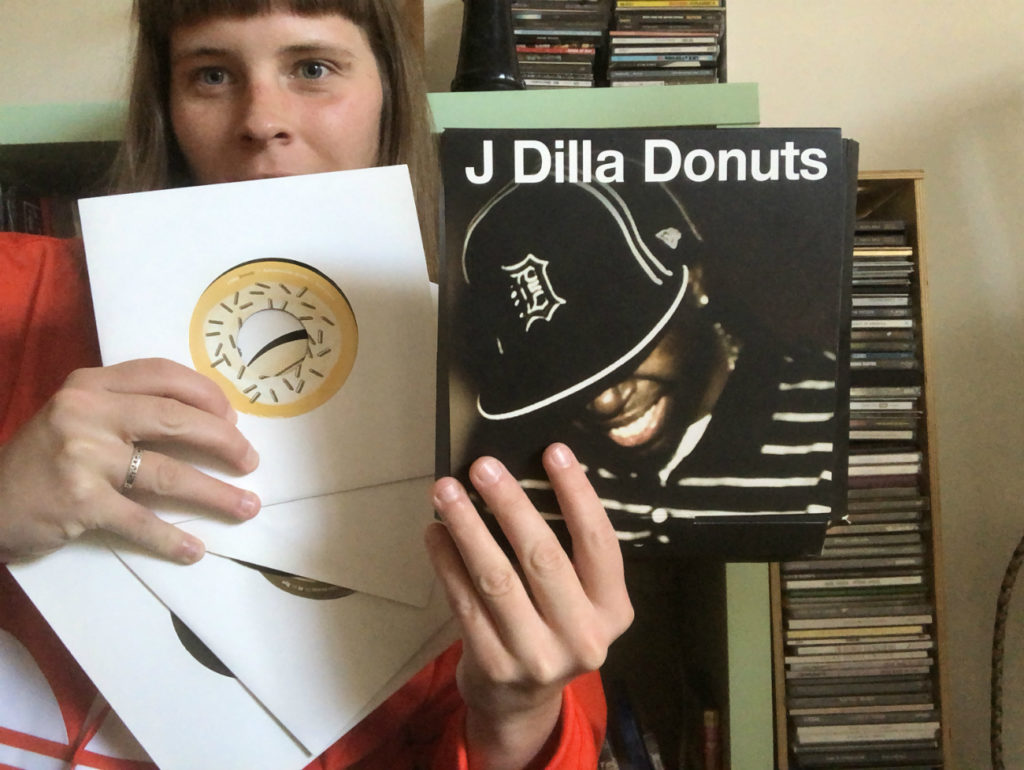 “This record is the reason why I make the music I make today. When I was studying at uni and my lecturer chucked it on I was absolutely blown away by the way everything is put together and the structure of the record. I love that motown sound and was really fascinated with the way he sampled it and put beats behind it,” Alice says. “It’s a pain in the ass to play because some of the tracks are only like 12 seconds long and it’s a box of 8 seven-inches so you constantly having to flip but it’s something I pull out on special occasions.” 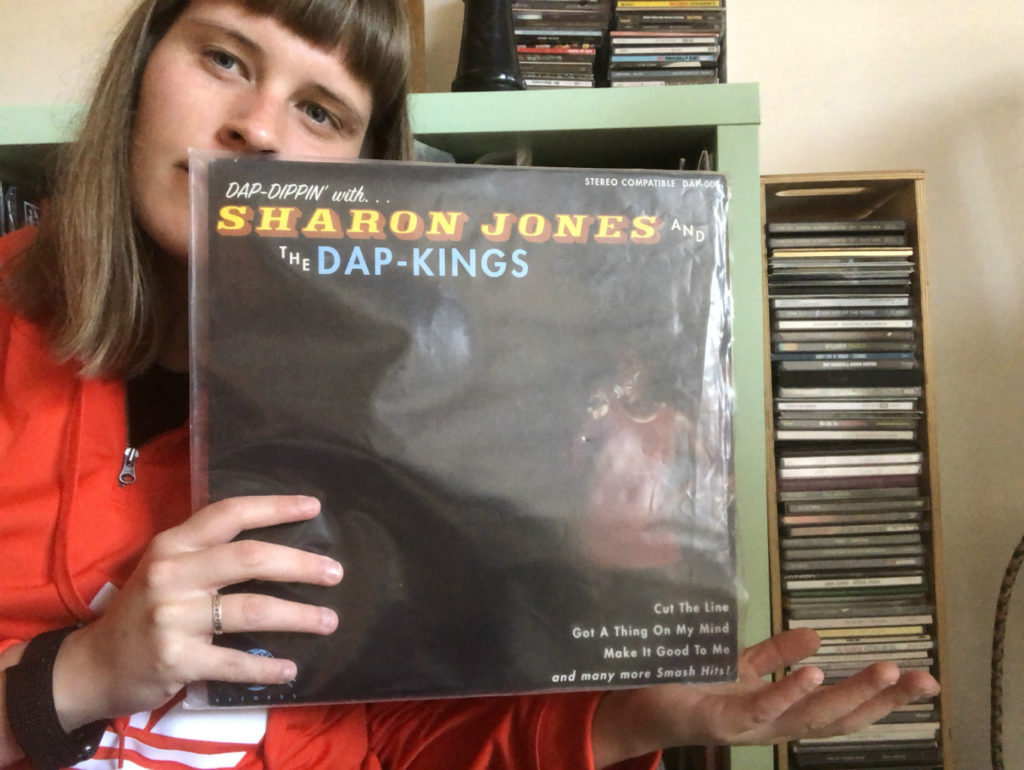 “She came out a few years ago and played at the Corner Hotel, I was front row and was absolutely blown away. The way this kind of music is played, it’s all energy and fun. This records special to me because they capture such a really strong live element on record and when I listen to it, it takes me back to that show which was one of the best shows I’ve ever been to,” Alice says. 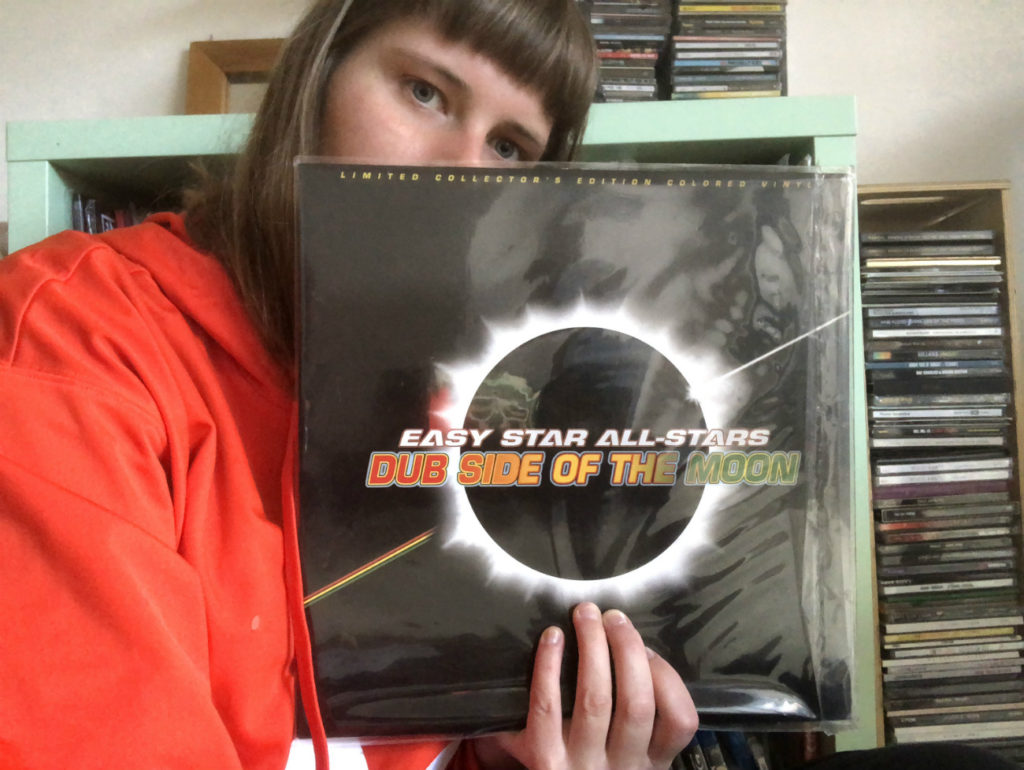 Easy Star All-Stars – Dub Side Of The Moon

“It’s a reggae dub version of Pink Floyd’s Dark Side Of The Moon. It’s so entertaining and so great to put on at a party and all that kind of stuff. I saw them live at a festival and I was like damn I need to have it. It’s cheesy and it’s kinda lame but I love it,” Alice says. 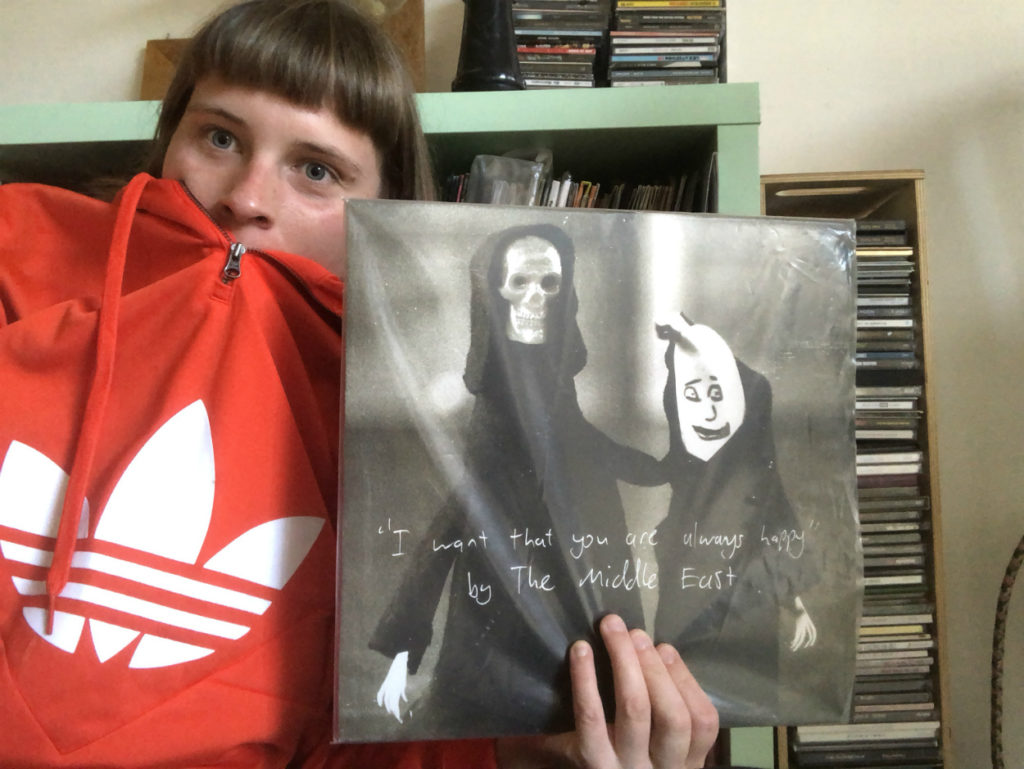 The Middle East – I Want That You Are Always Happy

“I grew up listening to The Middle East in high school and as a teenager and I feel like this is one of the most underrated releases of the last 15 years. It’s a beautiful album and there’s something even more special when you listen to it on vinyl,” Alice Says. “It’s so dynamic and so moody and it’s the perfect record when you’re having a nice glass of red wine and a dinner at home. They folded after the release of this record because they couldn’t write together anymore. It’s sort of like a tragic story in music.”

2m Off The Record: Green Buzzard Takes Us On A Low-Fi Vinyl Journey
Fuzztacular.