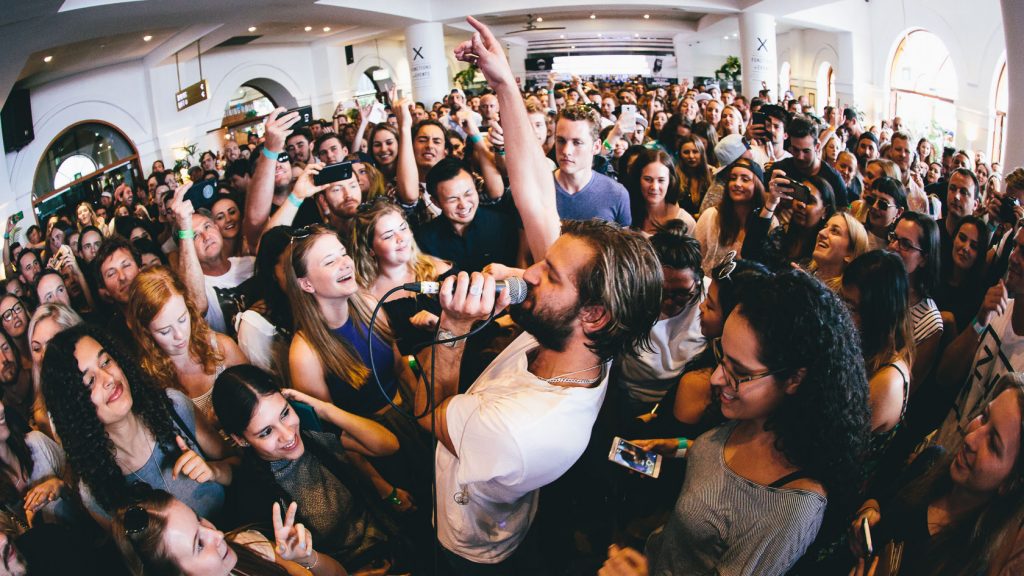 As the poster boy for Australian electronica, Flume certainly has a lot to live up to – especially after the success of his sophomore album Skin – and he delivered with his ambitious upgraded live show in Perth over the weekend.

With the stage dressed in a massive curtain, the crowd was treated to a ~mysterious~ opening with a silhouette of the Sydney producer blessing the audience for the first few minutes. From there, the curtain dropped and Flume headed straight for the seasoned favourites from his debut album, before support act Vince Staples re-appeared onstage with Kucka for a live rendition of ‘Smoke & Retribution.’

After that, it was time for some anthems from Skin as well as the freshly released Skin Companion EP, with bright lasers and confetti making this one of the most eyeball-tearing shows we’ve seen in a minute. Delve into the hypercolour goodness here: