After a three year hiatus, Listen Out Sydney returned to a warm reception last night, the beloved dance and hip hop festival going off without a hitch. Although threatened by a chance of rain, punter’s spirits weren’t dampened in the slightest, attendees rocking up shortly after doors to get their full dose of Listen Out Sydney.

Starting with Naarm producer Pretty Girl at the Prophet Stage, we were eased into the day with a concoction of mellow house with soul-stirring vocals, the perfect warm up for the inevitable chaos that was AJ Tracey’s set. It’s at this point a light drizzle begins to make its way into the Parklands, but as if thwarted by the good vibes on display, it quickly subsides.

Following AJ Tracey we’re running back and forth the Atari and 909 stages, sprinting to catch the likes of Meduza, 24kGoldn and Tove Lo. All of them step up to the plate, serving their signature brands of house, hip hop and pop to the raving crowd. A highlight however came during Nia Archives’ set at Prophet, the UK deckslinger opening with an infectious DNB edit of ‘Gypsy Woman’ that instantly set a spritely tone.

We aren’t able to stay the whole time, however, as Atlanta MC JID starts soon after, letting the crowd know from the jump that he’s ready to throw down if they are. He delivers on his promise, bringing fast paced bars with top-notch showmanship. He even treats the crowd to some old school sampled hip hop that goes down a treat, a nice change from his usual sets.

Finally, we proceed to 909 for festival closer, Disclosure. Although a man down, Guy Lawrence more than rises to the occasion, assuming his position at the two storey-high decks with confidence. He wastes no time digging into the bangers, opening things up with ‘White Noise’ before going onto a slew of hits like ‘Mali Mali (Douha)’, ‘Holding On’, ‘Energy’ and more. You can tell no dime is wasted on the production either, fiery strobes and far-spanning lasers lighting up the parklands with an explosive sense of vigour. Finally, we near the conclusion of his set, but not before he treats the crowd to some Aussie slang as he stresses that he didn’t come Down Under to fuck spiders.

It seems to be the unofficial introduction to signature hit ‘Latch’, the crowd going into an absolute frenzy to be hearing the Sam Smith classic live for the first time since Field Dat 2020. It was the perfect return for Listen Out Sydney. But as always, don’t just take our word for it, get caught up via the gallery below. 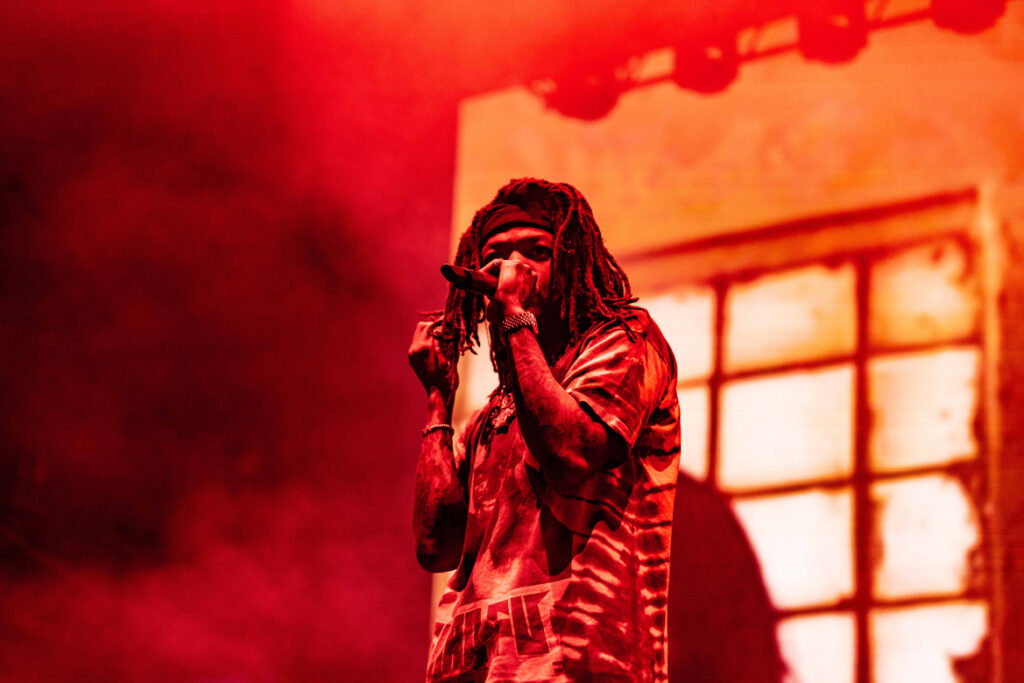