The Gen Z Pop King touches down in November…

Following years away from Aussie shores, viral pop sensation Conan Gray has today announced his return down under. The muso, whose upcoming album Superache is out next week, will be touring the sophomore record at the tail end of this year, playing across Sydney, Brissy and Melbourne along with Auckland, New Zealand.

Those familiar with the pop titan would be well aware of his storied history, the ‘Jigsaw’ singer emerging as a teen sensation following releasing original demos on YouTube years ago. Since then, he released his debut album Kid Krow in 2020 and has garnered praise from Elton John as well as the likes of GQ, Vogue and more.

Superache, however, sees the muso up the ante this time around, featuring the poignant new single ‘Memories’ along with his most recent track ‘Yours’, both of which have both amassed millions of streams since their respective releases.

It’s definitely going to be a tour you won’t want to miss tut on. Be sure to get on Presale, which is available from 9am local time next Wednesday, with general sale available from 9am next Friday. For now, check out the full list of dates for the Aussie leg of Conan Gray’s Superache tour below. 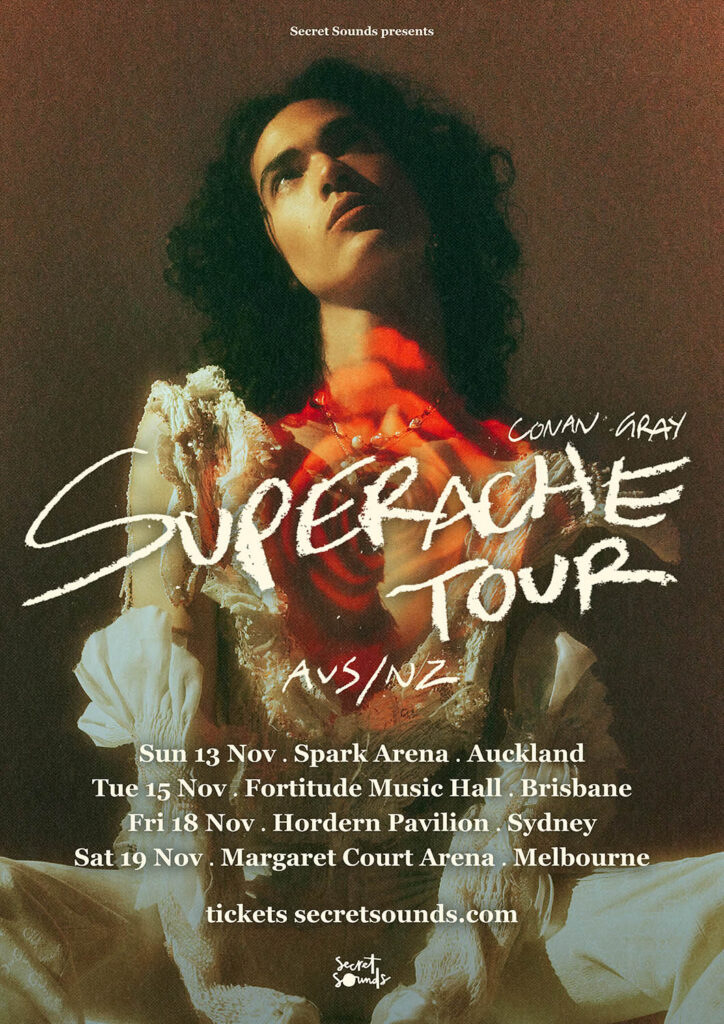