And it’s actually possible to attend them all…

Giving us yet another light at the end of the long tunnel that’s been 2021, our mates at Secret Sounds are adding to the building hype that is the return of live music. It’s a pretty tall order, but when you’ve got an ace up your sleeve in the form of UK virtual band Gorillaz, suddenly the path ahead doesn’t seem as gloomy.

Following setting the Byron Parklands ablaze at Splendour in the Grass on July 22nd, the ‘Feel Good Inc’ crew will make their way to Melbourne for a show at John Cain Arena on July 24th, before rounding things up at Sydney’s Qudos Bank Arena on July 26th. It’s going to be a rowdy couple of days for the UK band, but considering they’ve been hard at work in England, most notably with their two sold out shows at London’s O2 Arena last month, we think they’re more than up to the challenge.

2021 might not have been the best year to be a music fan in Australia, but you can bet we’ll be getting our live music fix and then some in 2022. Presale tickets go on sale from 9am local time next Tuesday with general sale starting at 9am the day after. Check out the official dates for the Gorillaz’ Aussie shows below. 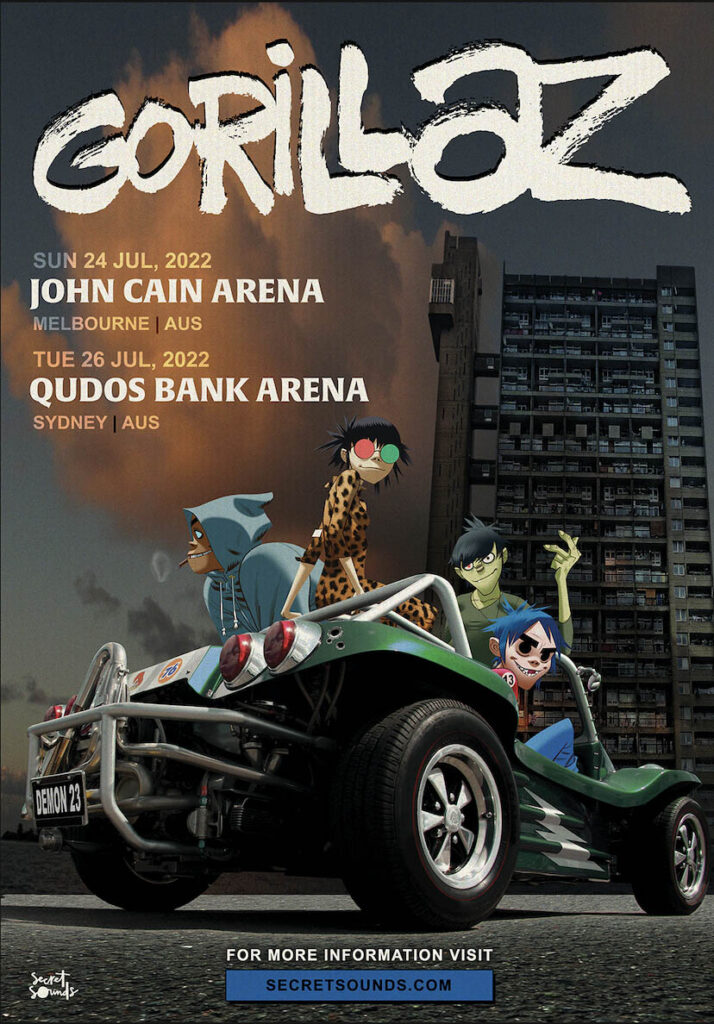