If there’s one thing that’s abundantly clear with the next generation of musicians, it’s that no genre or period of music is beyond their reach. No matter when they were born, what they grew up on or what their peers listen to, nothing will stop them from finding and resonating with the type of music that’s right for them and their artistry. Rising star Dayglow is a badass example of all of the above, throwing it back to the golden years of music for a killer revival of ’80s pop with modern day indie and rock. The result is a dynamic blend of genres and moods that manages to feel both nostalgic and timeless, with a breath of fresh air thrown in for good measure.

His latest single ‘Close To You’ sees him embrace his 80s’ pop bag harder than ever, taking us back to the golden ages of music as he takes full control of his creative process; from writing to arranging to mixing and mastering, the young 20-year-old proves he can truly do it all with the cruisey bop, and he’s continuing to expand on that repertoire with each and every release.

We caught up with the newly-engaged star in between a Red Dead Redemption session to get deep on the tune, suss his 80s obsession and get an insight into his creative process.

You seem like one of the most level-headed 20-year-olds on the planet, in spite of all the craziness surrounding you. How do you do it?

It’s been a really strange time for anyone, but honestly just through making music! I just got engaged too, so that’s pretty exciting. I mean, there’s been so many good things to happen this year, so I just try to focus on those.

Most teenagers and young adults that enter this whole music thing sort of struggle with the intense attention and success they get early on, but you seem to be taking it all so well. Has it always been easy for you?

I mean, it ebbs and flows. There’s been some moments this past two years where I’m just like “What’s going on?” There’s definitely been some moments of definite anxiety as well, because yeah, it’s just really strange to be going through what I’m going through and I don’t know anybody else who’s experiencing what I’m experiencing, so it can be really isolating at times. But it’s also at the same time, the greatest thing that’s ever happened to me. So yeah, it just depends on the day.

I also wanna say congrats on ‘Close To You’. It’s a gorgeous tune that I can already tell is gonna age beautifully. What’s the thing you’re most proud of from it?

Well, thank you! That’s actually something I’ve been really focused on lately, is pop songs that have aged well. So I’ve been inspired by and listening to a lot of like 80s and 70s pop songs that everybody would agree are good songs.

And it’s really odd when you look at like… Like Whitney Houston, everybody loves her music, but there’s not a lot of pop music that’s replicating it. There’s just this new sound that we’re getting lost in in which there’s a great… I love a lot of pop music that’s being made today, but I also probably, if I were being honest, would like pop music from the past more. So I’ve just been focused on listening to that kind of music and doing my best to replicate it, looking at the gear they used to record it and certain recording techniques and just trying to make music that same way.

You did a pretty cool live stream when you were releasing the tune, where you opened up on a tonne of subjects from music to mental health. Was it at all confronting being open like that?

It’s so weird doing live streams and things on the internet. Because I’m sure if I were standing in front of 30,000 people, I’d be like, “Oh I realize what I’m saying,” but that’s just the strangeness of the internet. But yeah, I think I’ve gotten used to talking to a camera, but it’s still weird.

Watching it I got the vibe you’ve definitely got an old head on young shoulders. Am I at all accurate there?

I would hope so! I mean to be called wise I guess is a good thing.

Speaking on that whole old head on young shoulders vibe, you’ve definitely got an ’80s influence throughout the tune and your work in general. How did that period come into your life?

My dad loved James Taylor and I grew up listening to a lot of his stuff, so I guess that initially sparked it. But that’s another crazy thing about music discovery, on Spotify or whatever, is that all these songs are new to me. Just because they were recorded a while ago, doesn’t mean that it’s not new to the listener. So yeah, recently I’ve discovered the Doobie Brothers and like all that ’80s yacht rock-world stuff is mostly what I’ve been listening to.

Okay, let’s get stuck into the tune now. It definitely embodies that fantasising of an interaction at a party that we can all relate to. Was there a specific instance of that that inspired you to write the tune? Or a series of them?

Yeah, I think just a general series of things and my subconscious helped me write it. It wasn’t like one moment that I wrote the song about and I also knew anybody can relate to that. So I just kind of tapped into that idea.

The video for the song is so damn nostalgic and retro. It calls back so nicely to the ’80s as we touch on earlier. I assume everything about that was you? Even that kick ass suit?

For the most part yeah! I worked with a director in Austin who helped a little bit with the vision, but yeah I’ve always imagined performing that song in like a talk show-esque setting in a blue suit and so we just kind of ran with that idea.

Speaking of talk shows, I wanna say congrats on making your Late Night debut the other week, what was that crazy experience like?

It seems almost like a rite of passage for artists to play those shows. Was there a moment after you did it where you could breathe a sigh of relief at all? A moment where you could sort of rejoice in joining their ranks?

Yeah, absolutely! It’s pretty surreal to know that all this attention is happening and once I can go tour it’s just going to hit me in the face because then I’ll be like, “Oh people are listening and this is crazy.” But yeah, I’m stoked for when it happens.

You’re early into your 20s and you’re making a proper living as a muso. I’m guessing you expected to be touring your ass off during this time. What’s it been like being stuck at home?

It’s been weird. We were going to be touring for a long time. The very first day we were out on the road is when the lockdown happened. So, the timing couldn’t have been worse, but honestly, it kind of couldn’t have been better, because we just were able to manage everything, not like in the middle of all of it, but yeah, we were on a drive to Chicago, which is like a long way from Austin, but just turned the van back and we came back and we were like, “What’s going on?” Nobody knew the size of everything happening, but yeah, it was crazy.

Just dipping into the creative process before we cap off, you’re really in full control of your music, literally from every angle. Is it all intimidating having to manage that many parts of the machine?

I think my personality, like I just naturally, like to be a creative person, and it’s the greatest thing to have control. And I know the moment I give it up, I’d regret it. But there are definitely times where I’m like “I wish somebody else was just doing this”, like for file conversions or whatever, and I’m just doing all this stuff. But yeah, it’s all worth it in the end.

With live music and everything mostly on hold, all the artists I’ve talked to have been using this time to hone their craft and create as much as possible. Are you on that wavelength right now? What are you doing to make something out of all of this?

Something that’s been really, really helpful for me is that I produce and mix all of my own music. So, it’s given me an ample amount of time to just really focus on the record that I’m working on and just make sure that it’s the best that I can make it. So that’s been really awesome because I wouldn’t have been able to do that like I have this year if I were touring. So that’s been really nice to just focus and have time to work, but I’m also ready to not have my studio just sitting right there because I’m just working all the time.

I’m guessing having the studio right there could be a bit of a double-edged sword, especially if you’re a perfectionist. Just to wrap things up, how do you know when to cut that off and be like “Yep, I’m good”?

Definitely. I’m definitely a perfectionist and I’m very much a workaholic, so I have to do other stuff. So I’ve be going on runs and there’ll be days where I just close the door of the studio and not work. I’ve been playing video games as well, I don’t know if you can see on my TV but I’m playing Red Dead Redemption [laughs], pretty exciting stuff. But yeah, it can definitely be a double-edged sword [laughs].

Dayglow’s latest tune ‘Close To You’ is out now. You can buy/ stream it here. Be sure to keep up with him on Facebook and Instagram to stay up to date on all of his latest projects. 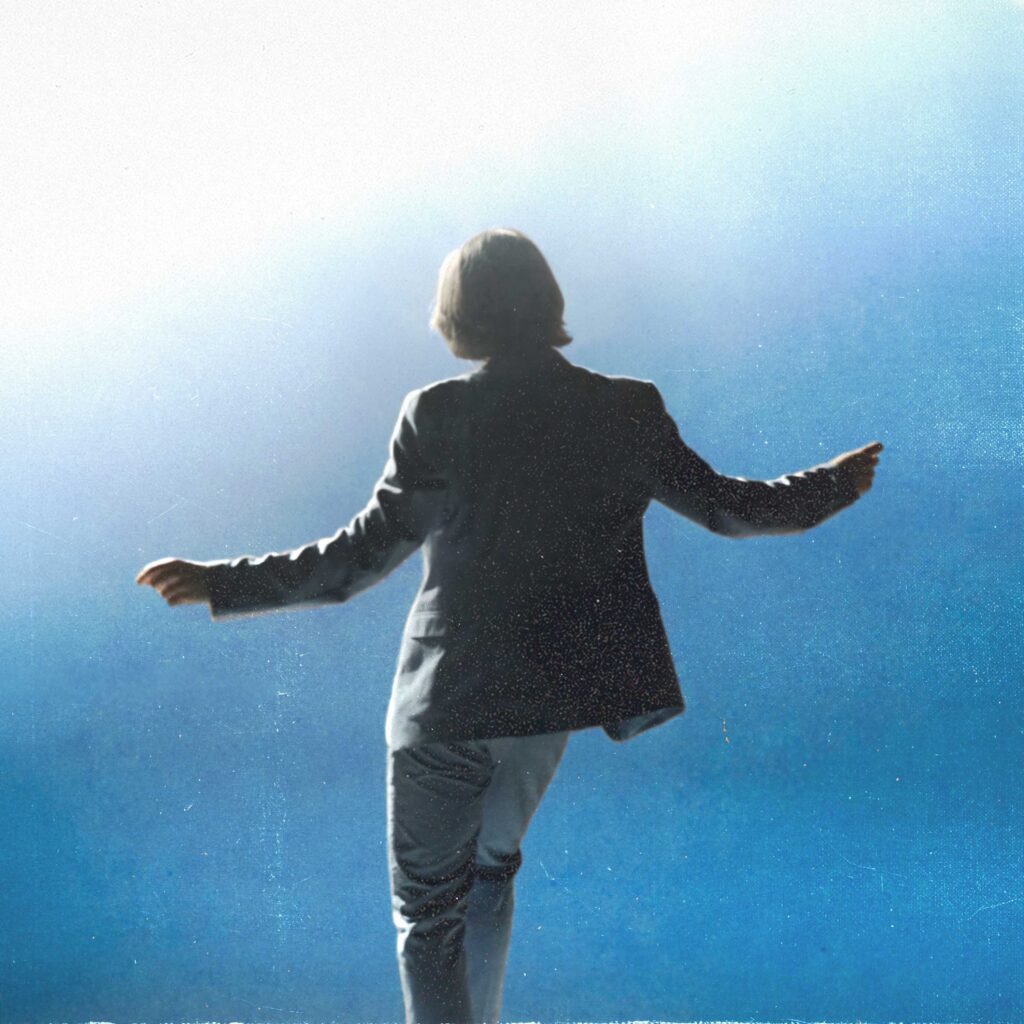 Share this
Interview: Dayglow Talks ‘Close To You,’ His ’80s Love Affair & The DIY Life