We caught up with the former Jezabels frontwoman to get the low down on life as a solo artist.

Hayley Mary practically needs no introduction. Over the past decade we’ve gotten to know her introspective lyricism, wild live performance style and her unmistakable voice, so much so that when she announced her signing to I Oh You as a solo artist we had more of a feeling of relief than excitement (we were still pretty bloody excited).

From the first singles ‘’The Piss, The Perfume’ and ‘Like A Woman Should’ we quickly sensed her shift from enigmatic frontwoman to a fully-fledged songwriter in a way that seemed so effortless. Listening to the garage-flavoured EP closer ‘Brat’, however, there’s no doubt that the angsty rock and roller is still part of her DNA.

But what’s it like stepping out from The Jezabels, how did living in Scotland affect her songwriting and how far away is the debut LP (buy/stream here)? Check out Hayley’s answers belowalong with some pics from her Sydney launch event:

You wrote a bunch of ‘The Piss, The Perfume’ whilst living in Scotland right? How did that environment shape the songs?

They make a point of resisting that ‘guitar music’s dead’ thing in the UK. They just have a thing for it. That encouraged me to feel like I wasn’t totally irrelevant because I wasn’t making electronic music on a laptop. I’m obviously no Hendrix or anything; I have only recently picked up the guitar and it shows, but there’s something about the energy it brings and the ideas that start flowing when you start playin’ a natural rhythm from your body and words come from your mind and they somehow make sense together.

I was in a naive position with both my playing and my location in Scotland and I always find that being in unchartered territory is inspiring. But there was also the balance of being surrounded by my own heritage (I am Scottish, though I grew up in Aus) which made it feel like I had deep roots to draw on and was tapping into part of myself I didn’t know I missed. The Scottish and the Northerners in general; their dark wit and their deep spirits and, passionate yet cynical ways, brought on by a bitter but invigorating chill in the air; I feel quite at home there. I was also getting up to serve Haggis rolls at 6 in morning and something about the grind made me think, gee I need to get back into music and the hell out of hospitality, so I wrote like hell!

Were you anxious about stepping out solo after being known as “Hayley from the Jezabels”?

I still don’t really feel I’ve stepped out and probably won’t until I’m into an album and touring more. Maybe the anxiety will hit when go more into the public and remember that the Jezabels is probably all I am to most people. I’ve been living a totally different life for so long now, hardly playing with the band, just working in cafes and bars, watching Netflix, reading, writing and and getting to know myself outside it, that I forget how big a part the band was to my identity. Guess thats ok, but in time I’ll be just Hayley Mary I’d say.

What’s the biggest challenge that has arisen going solo?

What’s been the most rewarding part?

You’ve said you wanted to “make a record that sounded like a memory of your parents dancing in the kitchen, but your parents are Cyndi Lauper and Roy Orbison” and we reckon you’ve done that masterfully. But why Roy and Cyndi? What do you love about these two? Who else influenced the record?

Firstly they are two of the best singers to have ever lived so in some ways they were my parents. They taught me how to sing. But, also, my dad listened to a lot of Roy when I was a kid and my mum had a Cyndi tape she used to dance to like a madwoman before they separated. Both did this alone when the other was out usually. Perhaps it’s my childhood desire for harmony between what were seemingly opposing forces in my life, because I loved it all. (That’s also why I love the song ‘I Drove All Night’ so much, because both artists sang it so well.)

The Piss, The Perfume is such a memorable phrase. Why did you choose it for the title? Does it sum up the EP’s mix of swaying ballads and gritty rock?

It’s a bit of a wank to say this but I didn’t really ‘choose’ the title. It kinda just ‘came to me’ while I was half asleep one morning in the melody of the title track and I woke up a little drunk still and made a voice memo to be honest. It was a cracker of a line so it just seemed an obvious song and EP title too. And yes, now that you mention it it does kind of sum up the two sides of ballads and gritty rock quite nicely, doesn’t it?

If ‘The Piss, The Perfume’ were a drink what would it be and why?

Probably a whisky sour of some kind, or a martini with whole peach in it. And an olive.

We’ve been loving the singles so far. Is there any tracks on the EP that you’re super excited for people to hear? If so, why?

I like Brat right now because it is upbeat and demanding, but honestly they’re actually all good.

There is definitely an album. There’s an entire solo career if all goes to plan. 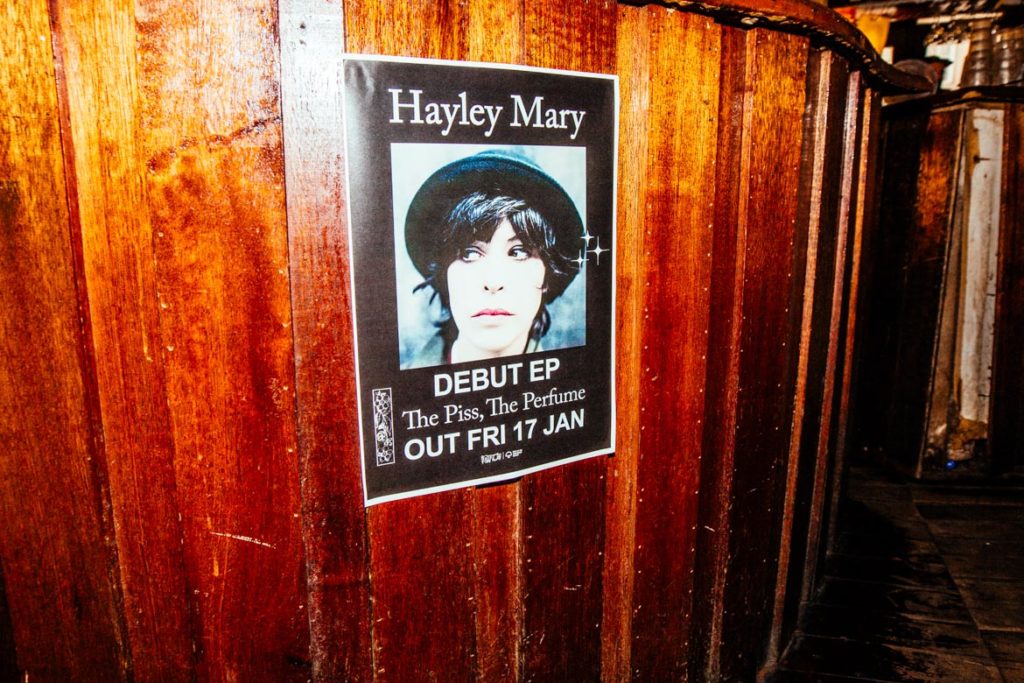 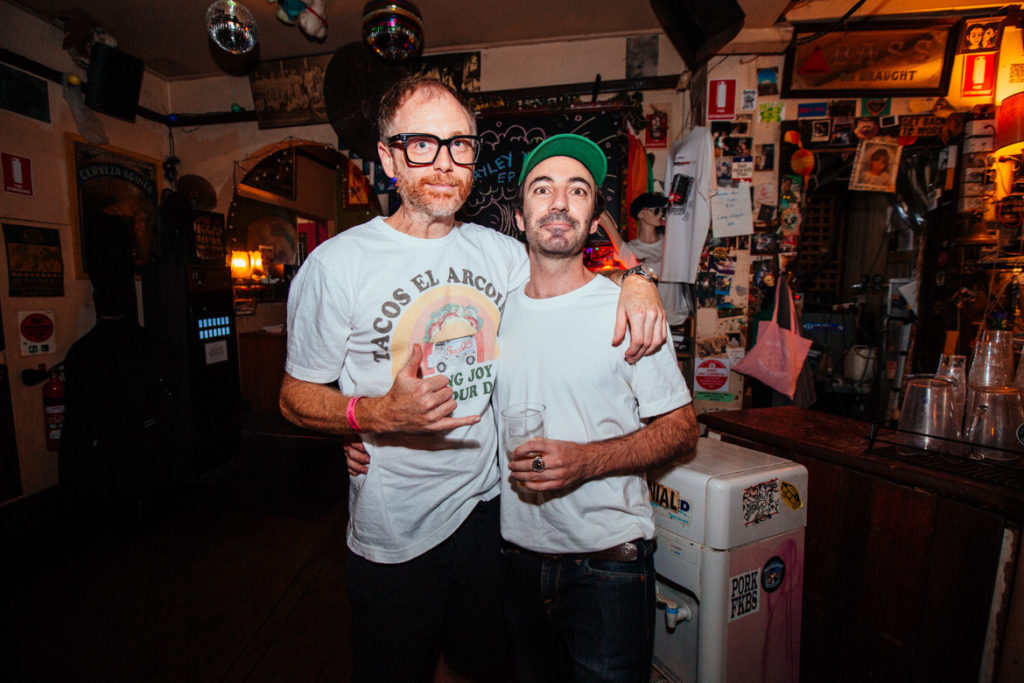 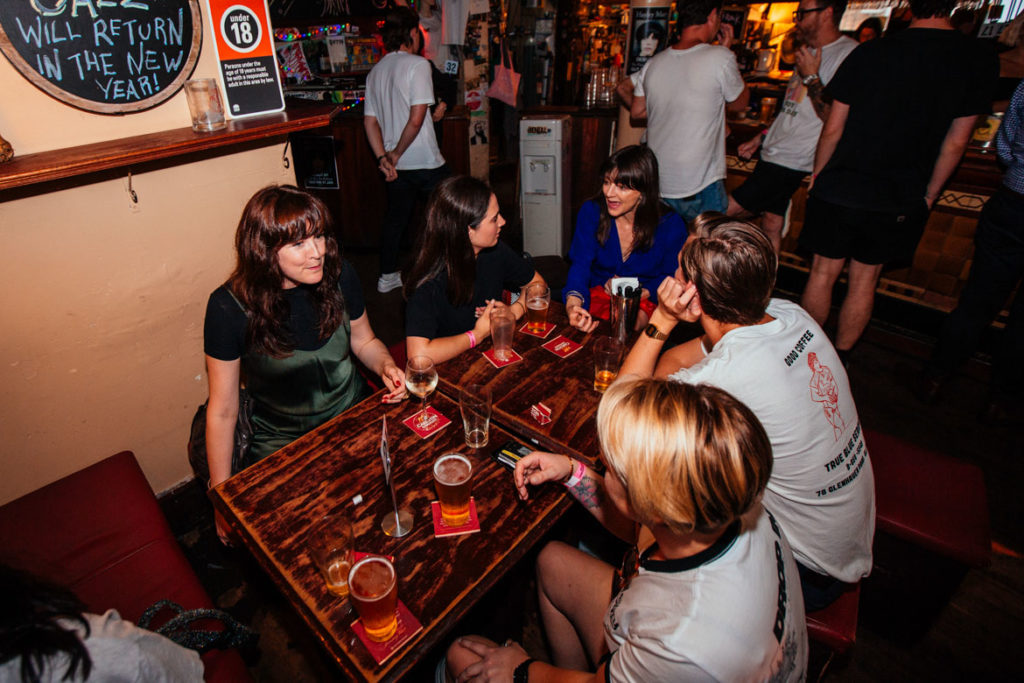 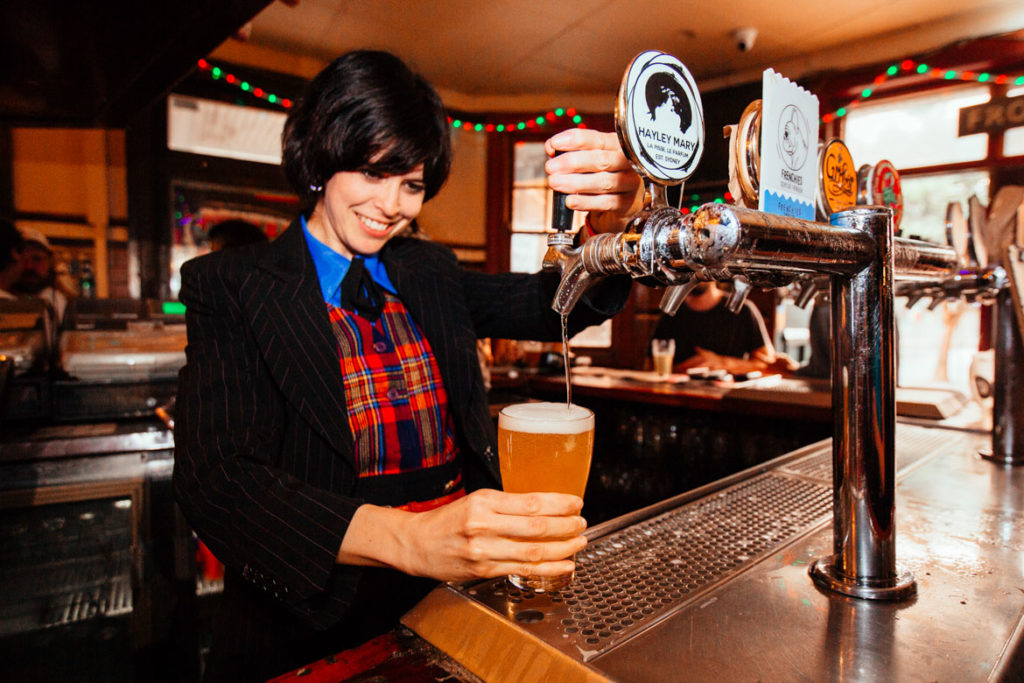 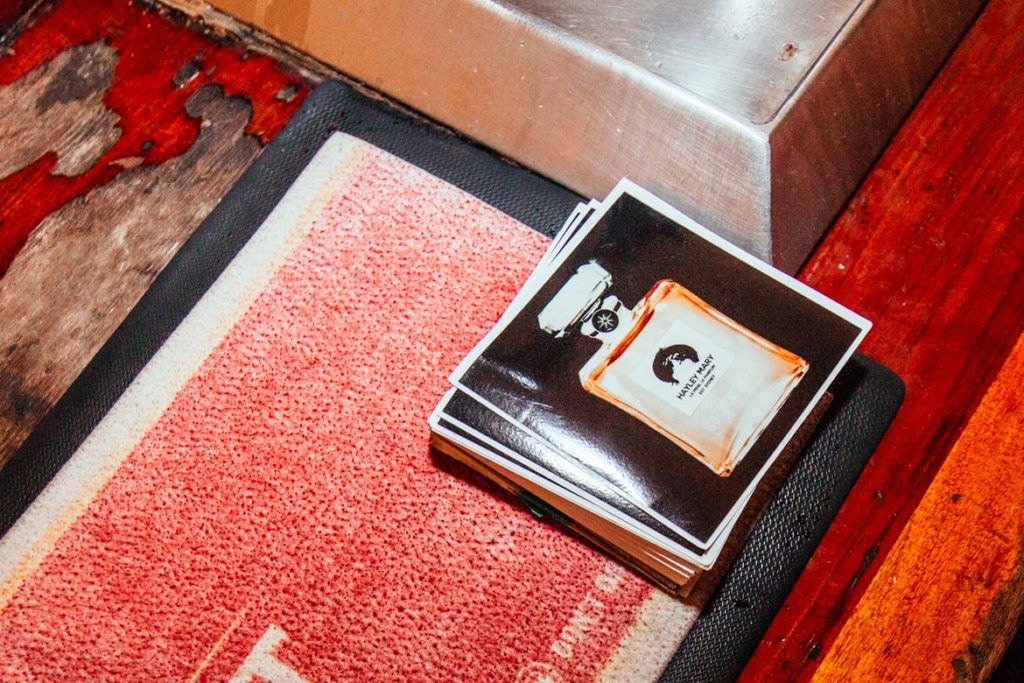 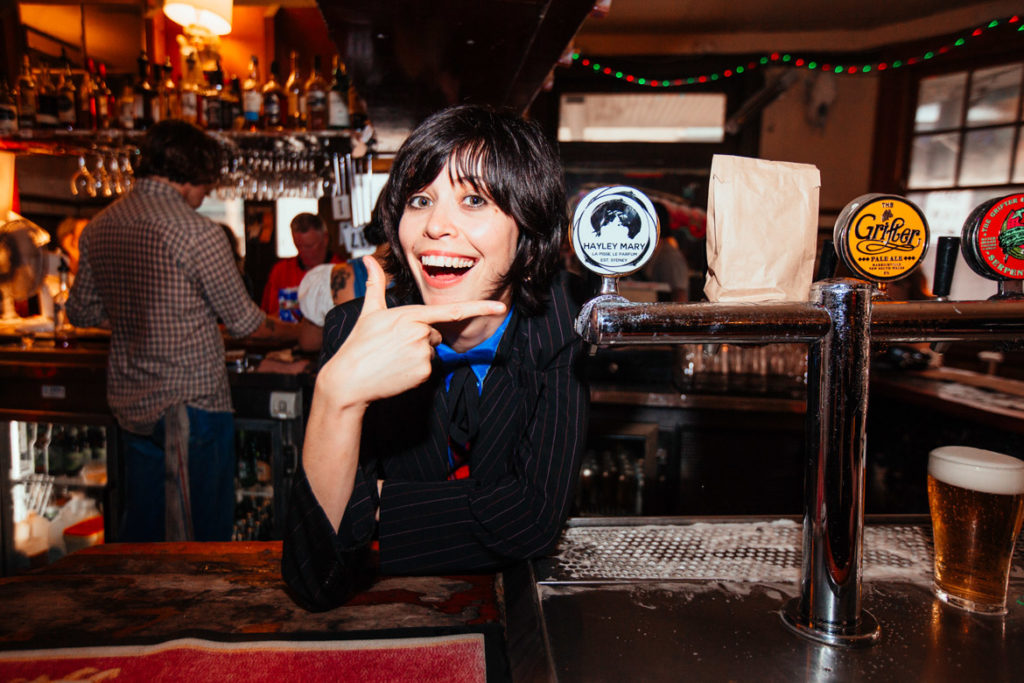 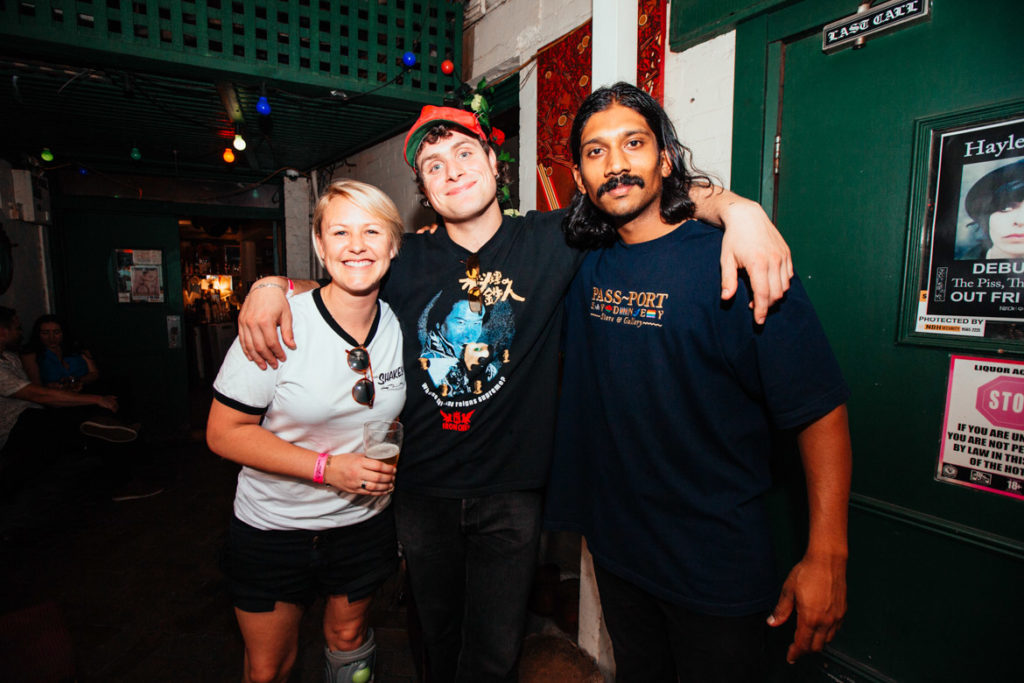 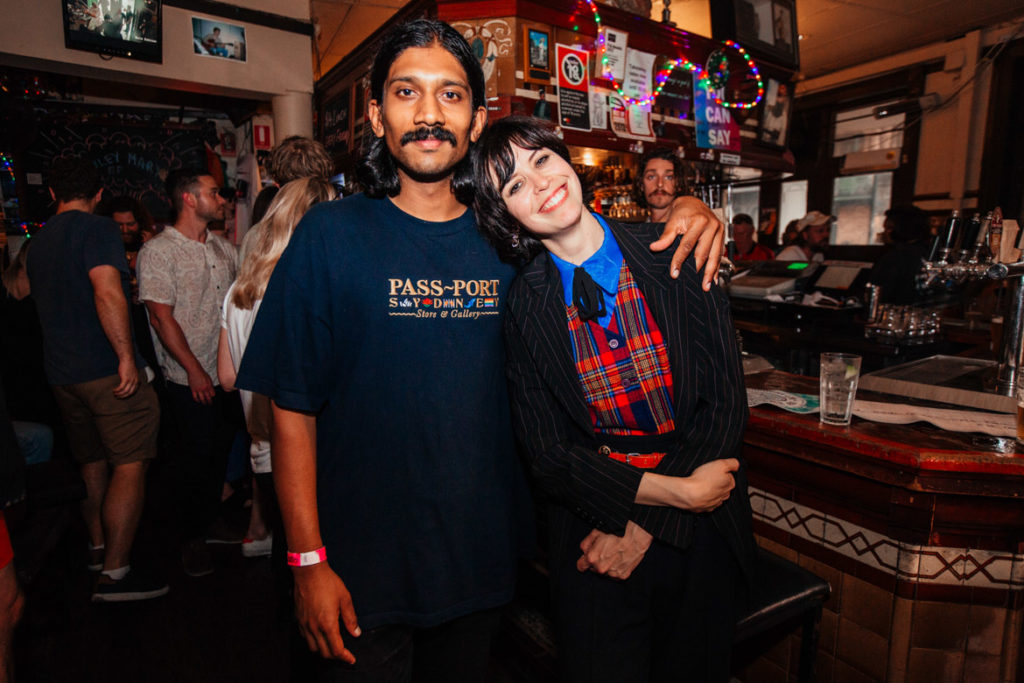 Share this
Interview: Hayley Mary Talks Piss, Perfume And Stepping Out From The Jezabels 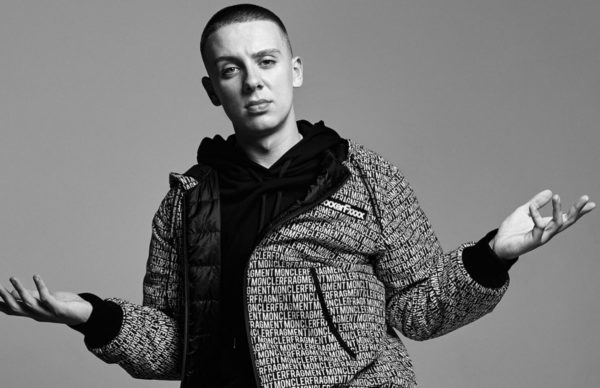