Dream-pop seems to offer the perfect outlet for Sydney based artist ILUKA.

In just one year we’ve watched Sydney artist ILUKA perform at the forefront of (multiple) women’s rights marches, steal the Clipped Music Festival’s ‘Best Australian Music Video Award’ for ‘Sympathy’ and wrap up an Australian tour supporting The Rubens. Now, having just released new single ‘Fall Apart Again’, we are reminded to keep swooning over this songstress as we await her debut album.

ILUKA has already proven herself as an all-round tastemaker, with a treasure trove of bright choruses and gilded film clips behind her. I caught up with her in the midst of recording her debut LP to find out what she’s been up to, where she comes from and where she’s going:

It’s been a momentous year for you creatively, can you tell us just what you’re working on right now?

I’m currently in LA writing songs with a bunch of people. I’ve usually been quite solitary in my songwriting process but writing with other people out here has been really pushing me as an artist and songwriter, which is really exciting. I am working towards my first record which I feel so ready for. These last few years have been incredibly significant for me and I feel ready to tell my story in a record you know? To put out a whole body of work to reflect where I’m at as an artist…

Speaking of feelings, I really love ‘Fall Apart Again’. To me it exposes a light-hearted and sentimental approach to heartache… what was your process in writing the single?

‘Fall Apart Again’ is a song I wrote as a way of saying goodbye to someone. You know when that feeling comes? That feeling deep down inside you that’s like, okay girl, you gotta let this go. It’s time. And it terrifies the shit out of you and you try your hardest to ignore it, but you can’t. So, with this heavy feeling in my chest, I sat on his bed and this song just came out as he sat there drinking black coffee and smoking cigarettes. It was one of the hardest things I’ve done. Though now when I listen to the song, it’s become more of this achingly beautiful celebration of a certain time in my life. An ode to wild love and complete surrender.. and coming to an acceptance that life moves on and that’s okay.

Have you always played and written music?

Well, my Dad is a musician so I’ve always had a guitar in the corner of my room and a 12 track recording desk set up at home. Funnily enough, I have a recording of my Dad and I singing a song I wrote when I was about seven years old. I have a lot of these homemade albums and went through so many phases – you know I have a sappy love pop album that I wrote at about 14 or 15. Which is so funny because I revisit and have a record of where I was at that time. So yes, I guess songwriting and music has always been a huge part of my upbringing.

There is a romantic quality to you, where do you draw your influences from?

From everywhere. I love old French films and old westerns. I love op shops and my grandmother’s clothes. I love the romance of the desert. I am forever inspired by my muses – Grace Jones, Bowie, Prince, Jagger, Bardot, Diana Ross, Anita Pallenberg, Frida Kahlo. Those who weren’t afraid of pushing boundaries in their time. Those who never followed ‘trends’ but created them and by the time everyone caught up, they were somewhere else. Also, things are definitely changing now and it’s a really exciting time for women in music. There are so many more women in the industry and basically, kick-ass female artists and industry folk who are coming through.

Like who? And does it feel as though things are opening up for females in music?

I definitely feel more held as a woman in the music community which is amazing. In saying that I wish I could get through a tour without rocking up to a venue with my guitar and being assumed to be one of the band guys ‘girlfriends’ or ‘groupies’. You wouldn’t think it happens. But it does. In terms of women I resonate with. I think every woman who is speaking truth and telling things as they are. Australian artists like Stella Donnelly are truly what the Australian music industry needs right now.

Very cool. I see you like a sneaky collaboration if you could record or perform in any scenario who would it be with?

I would love to make a record with Dan Auerbach. It will happen one day. 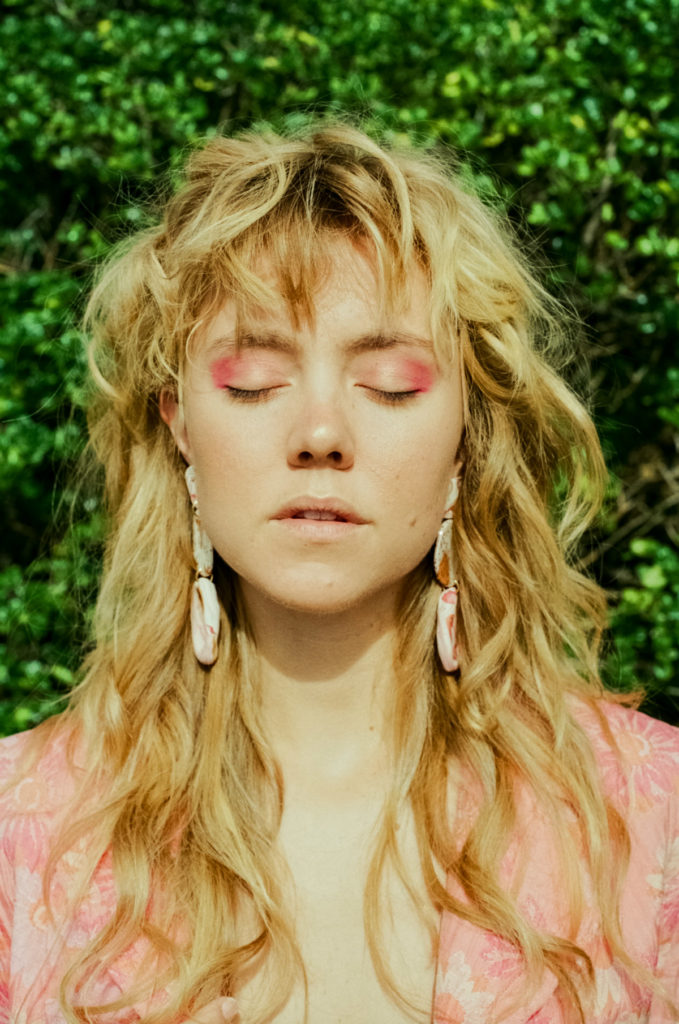 Share this
Interview: Lovin’ And Dreamin’ With Sydney Artist ILUKA