The three year wait for Laneway is almost over, with the beloved national festival set to return in just over two weeks. Now, not only has Laneway announced the official set times for this year’s event, but they’ve also announced the addition of a bunch of premium homegrown and international acts.

Now, surf-rock duo Hockey Dad have been announced for Brissy and Sydney, while indie-rock songstress Julia Jacklin will get in on the fun in Brissy, Sydney and Melbourne. Rounding out the list of additions is a bunch of local DJs and artists from across the country, with the likes of Andy Garvey, IN2STELLAR, Jono Ma and more jumping on the bill in their respective cities.

Sadly, Baltimore five-piece Turnstile have been forced to pull out of Brissy and Sydney, but thankfully, they’ll still be appearing at Auckland, Melbourne, Adelaide and Perth. Brissy and Sydney fans won’t at all be missing out, however, with Turnstiles side shows in those respective cities being upgraded to bigger venues (more info here).

Finally, the official set times for this year’s festival have just been released. Be sure to check them out below, and head here for the final batch of tickets for Laneway 2023 here. 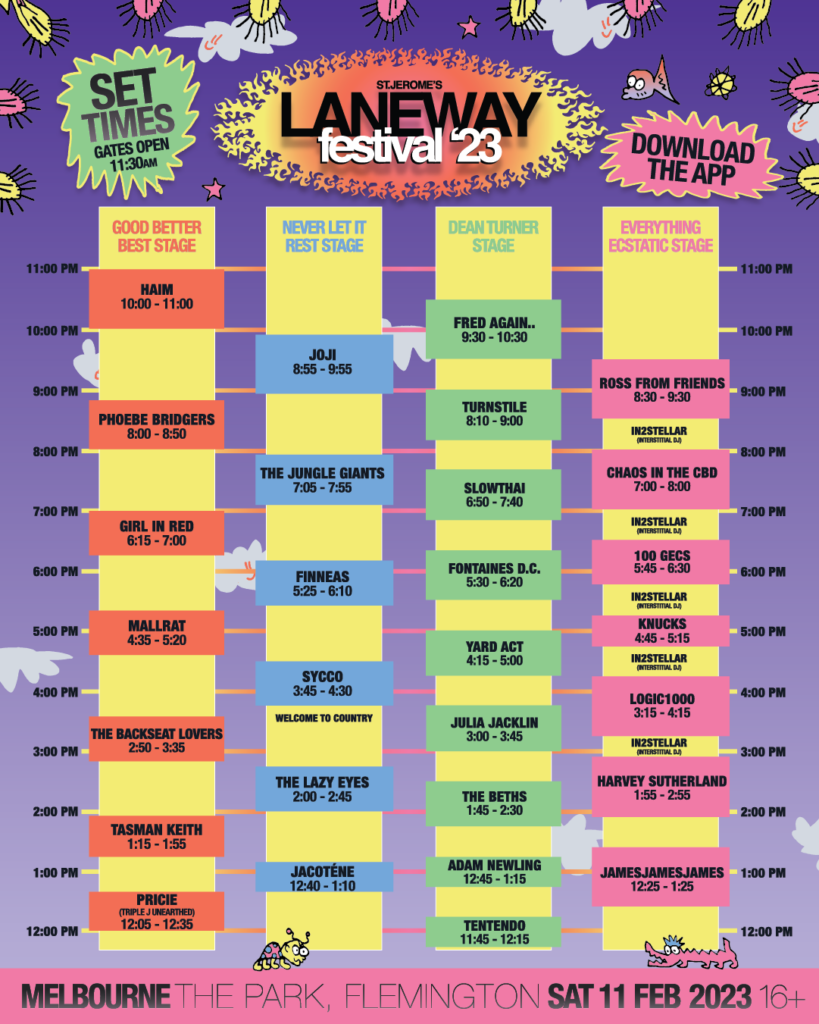 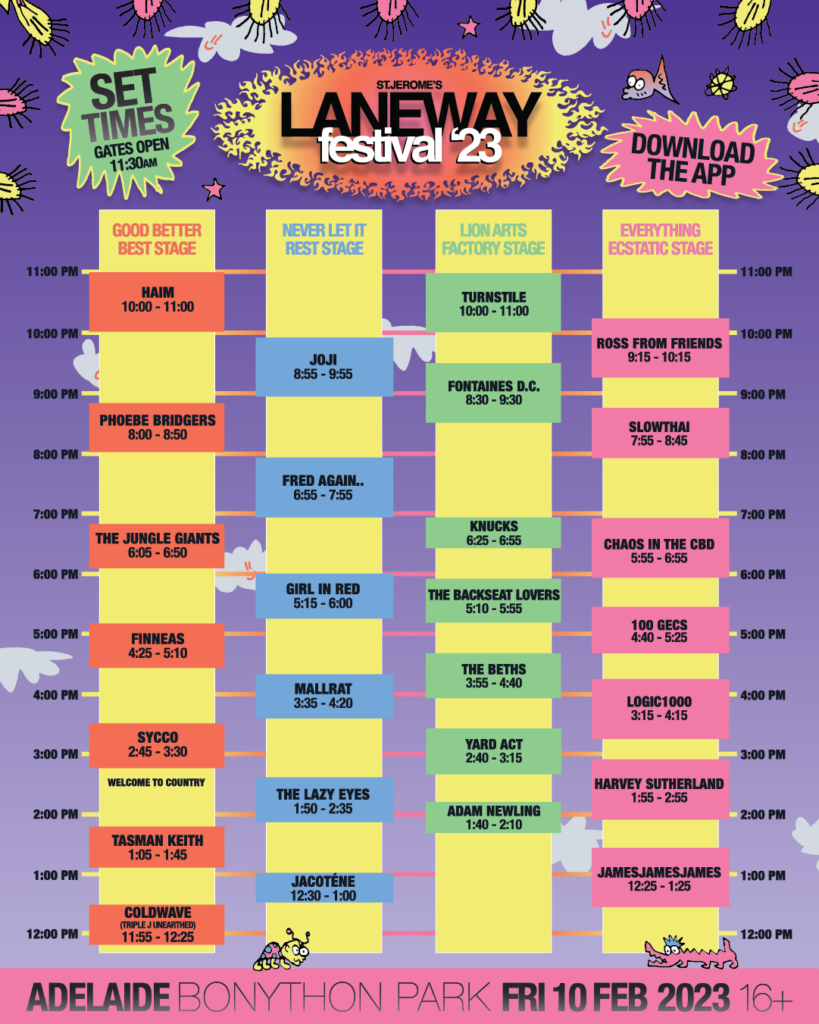 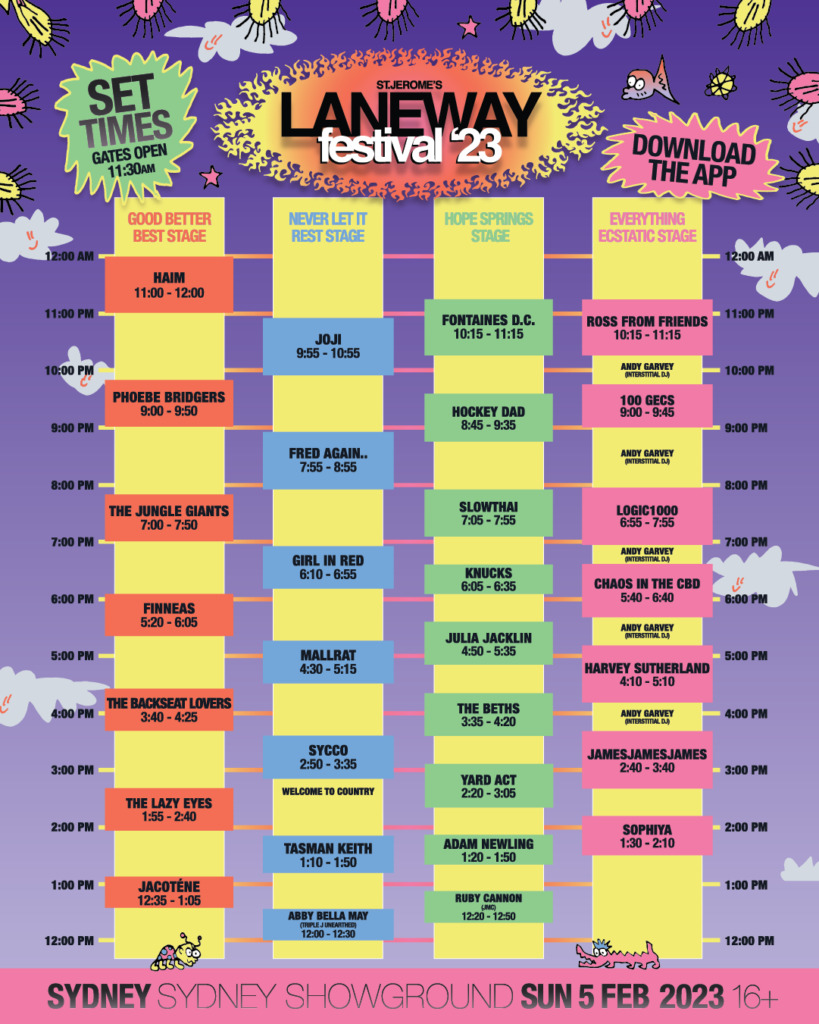