Bobby’s bringing his breathless bars down under.

Making his Australian debut for the inaugural (and hyped) SandTunes Festival this December, Logic has now locked in a pair of sideshows at the Qudos Bank Arena and Sidney Myer Music Bowl. His first Australian shows have certainly been a long time coming, with the grammy-nominated rapper riding the wave of his fifth studio album Confessions of a Dangerous Mind. Needless to say, we’re looking forward to seeing him spit fire up and down the East Coast.

The shows are set to cap off a busy year for the Maryland-native, who as well as releasing a New York Times best-seller, has also dropped a soundtrack, an album, gone on tour with two of the most exciting lyricists in the game – J.I.D and YBN Cordae – and hilariously beat TMZ to the punch by announcing that he’s expecting his first child in this freestyle video, rocking a Bobby Boy Records tee and Red October Yeezys no less.

Joining him for the shows are local hip-hop legends Thundamentals. Tickets go on sale at 10am this Friday, 11 October via Ticketek. 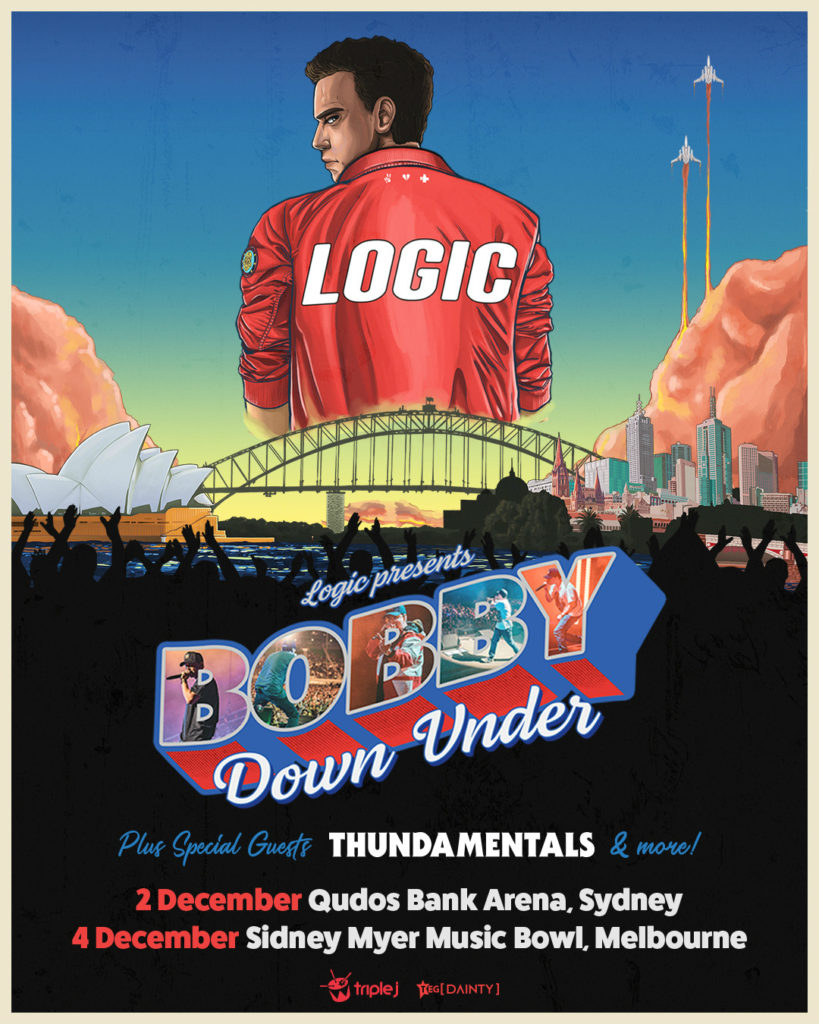