The single is the first taste of the muso’s upcoming album, Tender Hooks…

Byron based artist Mt Warning (AKA Mikey Bryant) has served up the first teaser of his upcoming album Tender Hooks this Wednesday morning, releasing the record’s first single ‘All The Things I Know’, along with an accompanying music video.

Centred around Warning’s rediscovery of music through picking up the cello, the bop listens as a light-hearted groove spurred along by a country-reminiscent guitar and fuzzy bass. The multi-instrumentalist also shows off his vocal chops as well, complimenting the tender instrumentation and female backing vocals (courtesy of fellow singer Elodie Crowe) in kind as he gives a nod to rediscovery on lines like “all the things I know/don’t mean a thing”.

In the accompanying visuals Warning and his band invade a fiery tennis match, seemingly oblivious to the on-court duel that’s happening around them. Draped in matching red outfits as players zigzag through them, Warning and his band pay tribute back to the carefree spontaneity inherent to the music videos of the late ’80s and early ’90s, in what’s a celebration of retro culture and past trailblazers like New Kids On The Block, Wham!, Duran Duran.

Speaking on the inspiration behind the new track and the influence of Hollywood cinema upon it, Warning explains, “Perhaps a nod to that alien movie from the 80’s with Richard Dreyfuss where they play music with the UFO, lyrically it’s about getting rid of the old, the judgments and beliefs that hold us back. The energy is about marching forward, joyfully throwing caution to the wind as the just learnt cello dances between the first two notes achieved”. He also makes reference to the OG action hero himself, likening the “country-esque guitar” to a “narrator from a Clint Eastwood epic, but one where he smiles”.

It’s a solid offering from the esteemed songwriter and will no doubt heighten the excitement for Tender Hooks. Mt Warning’s new single ‘All The Things I Know’ is out now. You can buy/stream it here. 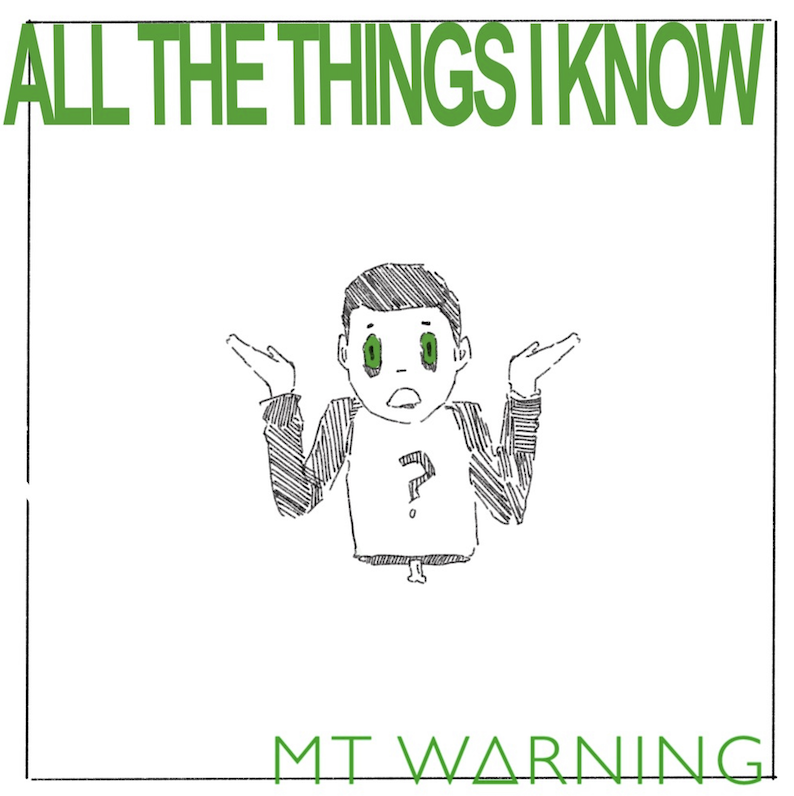