More evidence that the second age of Children Collide is upon us.

Having exploded back onto the scene reminding us of their psych-infused, grunge-laced sonic garden back in 2019 with ‘Aurora’, Melbourne indie-rock legends Children Collide have today returned with another intergalactic gem for your listening pleasure. ‘Funeral For A Ghost’, which is taken from their forthcoming fourth studio album, delivers everything we love about the band in a three-minute-and-nineteen-second-sized package.

A hooky riff, lofty guitars and a steady beat play backing to some vocal wailing from frontman Johnny Mackay, as the track slowly builds towards a thrashy breakdown that we can only imagine will be blowing off some haircuts at the next CC live show. Whilst it maintains the crispy trimmings of modern production, there’s an inescapable 90s feel to the track which was perhaps dues to the drab conditions it was created in:

“I wrote it on an old Roland loop pedal when I was living in a dungeon in North Melbourne an eon ago,” he says of the track. “I had to open a trap door to get down to my room and you could see where a tunnel had been bricked up on my bedroom wall. I was listening to a lot of Sonic Youth at the time, constantly rotating between Murray St and Confusion is Sex. Listening to it now, the lyrics sound like I wrote them last week about COVID conspiracy nuts. Time is a flat circle,” he muses.

The clip sees the trio doing their thing in front of a green screen that acts as a portal, transporting them to various fictional lands. It’s a fun insight into their on-stage dynamic: a group of friends enjoying music as much as ever.

Like what you’re hearing/seeing? The trio will host an exclusive album preview on FB and IGTV on Sunday 6 September @ 3:00pm AEST. Tune in and tune out: 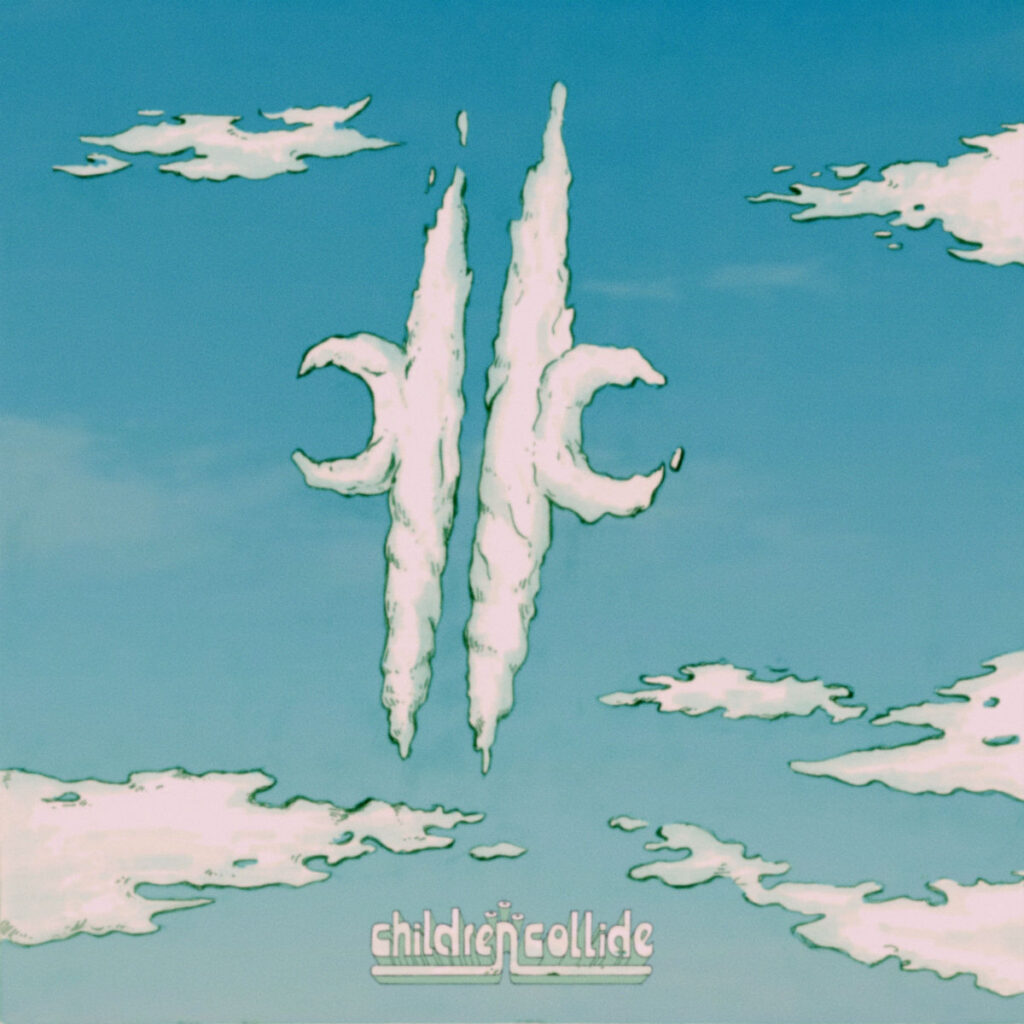 Share this
Premiere: Children Collide Blast Off On Cosmic Green Screen In ‘Funeral For A Ghost’ Clip
Editors Pick