Hot off being announced for Steel City Dance Disc’s upcoming party in Newy and playing a series of shows around the country, Sydney shredders SPEED have released the music video for their latest single, ‘One Blood We Bleed’. Appearing on Flatspot Record’s upcoming compilation, The Extermination Volume IV, the sonics of the new single is accordance with their previous tracks like ‘We See U’ and ‘Another Toy’, and is totally frenzied and hard-hitting.

The soundscape of the track is defined by ravenous guitar lines and clattering drums which collide together in a cauldron of mayhem. Vocalist Jem’s utterances are just as fiery, with the frontman utilising the full extent of his range as he maintains a consistent yell throughout the heater’s two-and-a-half minute runtime. The intensity of his register is most apparent on the line, “What this world throws I can’t control/Won’t swallow me”.

The music video (directed by Luis Hernandez & Jem Siow and produced by California Cowboys Collective) is SPEED’s most cinematic yet, the visualiser following them and their band of Flatspot rebels as they take over the streets of Sydney and Los Angeles. The enormity of the crowd they amass works in tandem with the music, their collective moments accenting each drumbeat and guitar stroke with thunderous precision as they affirm the importance of the community they’ve curated since their 2019 debut, DEMO 19.

Speaking on the message of the heater, vocalist Jem explains, “’One Blood We Bleed’ is about recognising the humility of man, that we are all equals on this earth. Amidst the helplessness of the world we choose to focus our energy into what we feel we can tangibly impact; the people in front of us. Our friends, family and our scene. Living with compassion for your fellow man, despite our differences – that’s Sydney, that’s Speed.”

It’s no doubt a solid offering from the rising stars. SPEED’s new single ‘One Blood We Bleed’ is out now. You can buy/stream it here. Be sure to check out the full video above along with the full track-listing for The Extermination: Volume IV below. 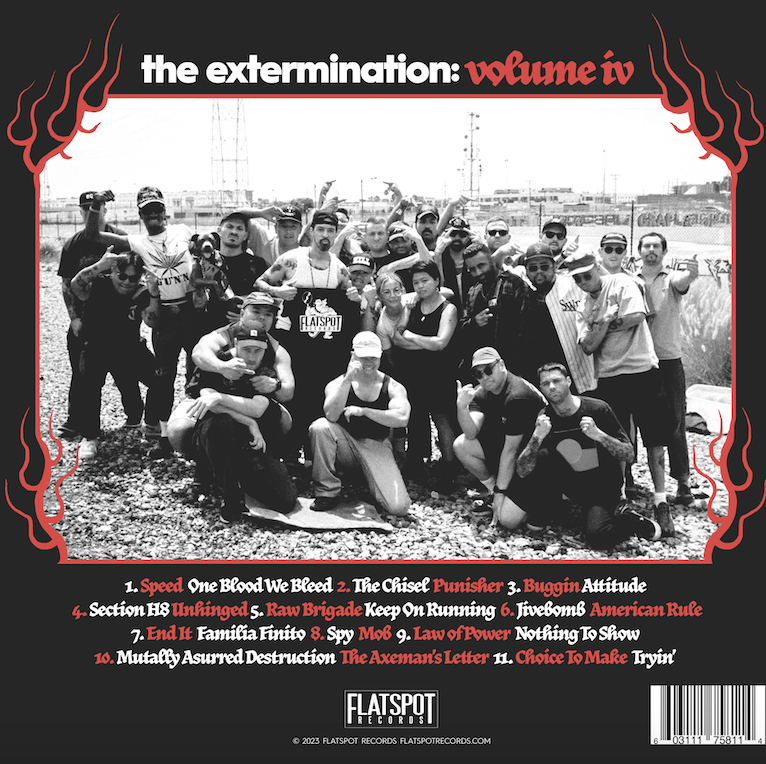