Been waiting a long time for this…

The Sydney EDM community is a vast cornucopia of talent. It’s hub of boundary-breaking creatives seeking to introduce new sounds, feelings and experiences into their home, helping to elevate not only the places that have helped shape their artistry, but also the spiritual heartbeats of all who indulge in their art. Beloved Sydney producer/ DJ Human Movement (real name Edward Macdonald) is an otherworldly light that shines with all of the above. A rare anomaly who for years has treated crowds to transportive experiences impossible to describe or replicate, he’s continued to help the nation realise that not only are the bounds of EDM are limitless; but that it makes for some of the most beautifully-moving and healing experiences in the sphere of live music.

His debut solo EP KINETIC (out today) sees him experiment, explore and dig deeper than ever before, breaking free of all restriction and widely adopted mantras associated with the EDM expanse, as well as that of the Human Movement project. From the high octane ‘Its The Movement’ to the meditative ‘Reframed’ and spiritually-cleansing ‘Waiting,’ the Sydney sonic shaman proves there’s no genre or depth of his soul he won’t explore for us, and he helps us realise the most important of truths with the new project: That change is inevitable, and its winds of fate are beautifully inescapable.

We caught up with Sydney mind-melder to get to know the ins-and-outs of the EP in all of its elegance, resonance and mysticism. The result is an insight into the mind of one of the most unique and dynamic pioneers in the Sydney EDM scene right now.

This was Blake and I’s final collaboration together under Human Movement. Blake definitely started the idea creating that awesome intro and drop and structured the majority of it. I then added a lot of the top lines over it and synths coming in and out. I decided before getting it mixed down we would re records a lot of these through hardware. We ended up using a Jupiter 6, DSI prophet 5 and I believe we swapped the kick to the original tr-8 kick

All theses songs were made in 2019 so it’s hard to think back of what was happening in my life at this point but I do remember working on a film score. So a lot of the music I was making was taking inspiration from the work I was doing outside of Human Movement. With Thermal being the first single of this EP it was a the track that set the tone for the following releases.

I was making a dance music EP but found that a lot of these songs may not always be suitable for clubs. The ep almost has the feel of something I would play in a live setting. I wanted this track to just be a 4 to the floor dj friendly track. I touched on oldschool rave elements sampling super saw synths and pitching them. Matched with 909 drums I was really trying to encapsulate that era of music which is what I think is some my favourite music to hear out. ‘Elevate’ couldn’t have come out at a worst time we went into lockdown the week after release and it didnt steam as i’d hoped. I’m hoping this song gets a second life when clubs open up again as it’s one of my favourtie productions to date.

This song although sort of being the B-side of this release I think tie’s the whole ep together.  It has a 2 step rhythm but when song progresses it almost feels like the groove is 4 to the floor. I’d always wanted to do some sort of chopped stutter vocals that year hear in Itch-E & Scratch-E – Sweetness and Light so I took a lot of inspiration from that track to put towards my vocal processing. Reframed is a bit of the silent hero of this EP for me.

When we had this idea of putting out a body of work all we had was 10 demos that didnt really fit together or sound like they would work as an ep or album. It was a kick in the guts but I came to the realisation that we had to go back to the drawing board and start over again. Athena was the first track I made on this EP which made it clear that this was the direction I was going to take it. It was almost a bit of a light bulb moment. After I made Athena the songs just started to become way easier to make and sounded better to.

Waiting was one of those songs where 90% of it just came together in 24 hours. I remember it being super easy to make the overall track and structure it. However the last 10% took me about 6 months to get right. That’s usually the way it goes with making music I guess. It’s really easy to almost finish a song but to actually finish is what I think separates you from being a bedroom producer to an actual artist.

Human Movement’s new EP ‘Kinetic’ is out now. You can buy/ stream it here as well as purchase it on Bandcamp here. Be sure to keep up with him on Facebook and Instagram to stay up to date on all of his latest projects. 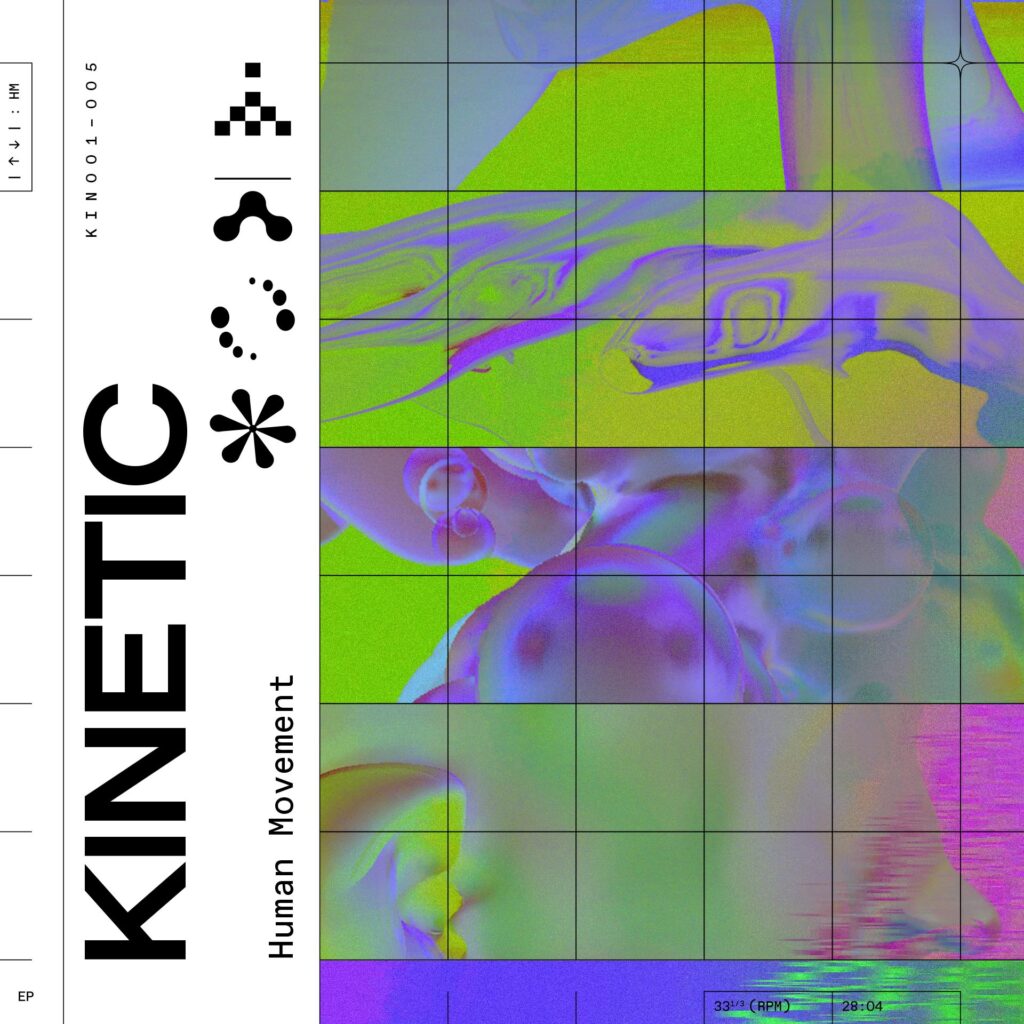 Share this
Track By Track: Human Movement Walks Us Through His Mind-Bending ‘KINETIC’ EP

1m Interview: Froomes On Working With Flume & G Flip To Create Her Corporate Jingle Banger
What is the level above banger?