Hot off starting a cinematic universe with their latest single ‘BLOOD RAVE,’ the Sydney crew are back with a new single and string of shows…

Triple One’s second single of the year, titled ‘COME OVER’, sees the Sydney hip hop outfit link up with Matt Mason of DMAs, the two studio neighbours joining forces for a meshing of their respective sounds; sombre synths and guitars providing a sonic backdrop for the various rhythmic and melodic verses.

The accompanying video adhere’s to the groups edgy aesthetic, lead singer Lil Dijon singer opening the clip with $50 bills flying around him infant of a white backdrop, his tenor tone digging in for extra emotion and grit.

Other members Marty Bugatti and Obi Ill also make appearances in the clip, rapping in high-luxury cars and thrones as they’re surrounded by waiters and fans alike, contrasting the emotive lyrics and adhering to director Marty’s aim “I wanted it to feel like some hotshot director that knew nothing about ‘Triple One’ came in and said “This is how we make a pop/rap music video” without paying much attention to the actual song itself or the message behind it.”

Expanding on the juxtaposed meaning of the single and video, Bugatti adds “The song touches on lost love and the monotonous cycle of living in excess and bad habits, whereas the video glorifies material possession.”

Along with the new track comes word of upcoming shows, with the inner west crew announcing a ten-stop tour throughout the country, taking to the likes of The Factory in Sydney to The Evelyn in Melbourne and even the Villa in Noosa.

One of the group’s most genre-bending offerings yet. Be sure to buy/stream it here and cop tickets to the ‘COME OVER’ tour here. Check full tour dates below. 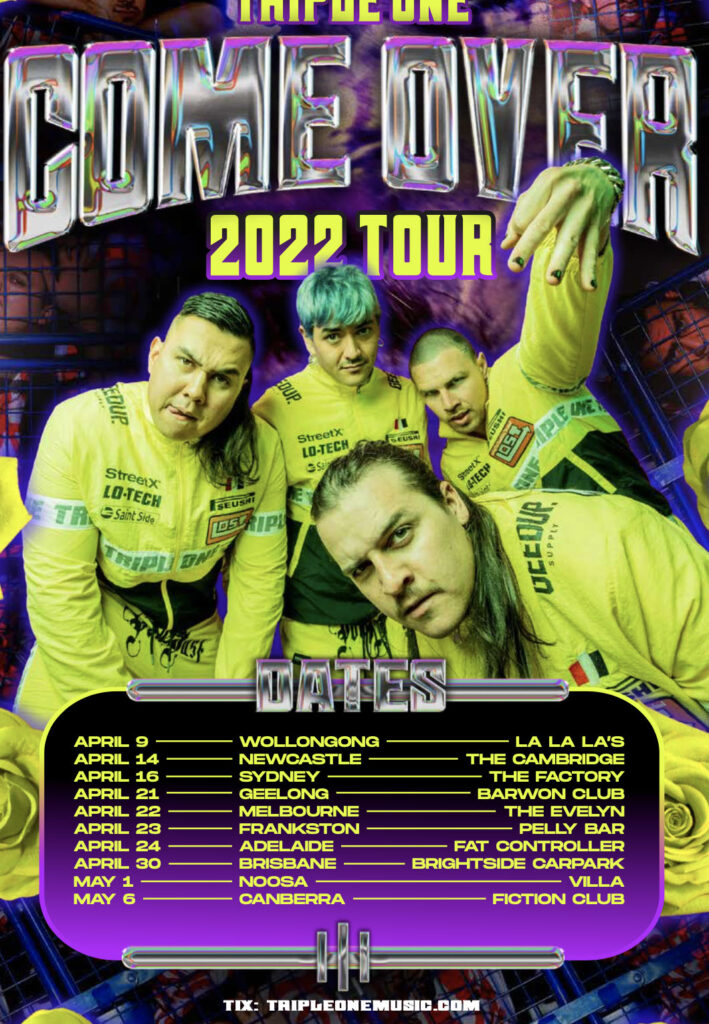