Having performed to huge audiences in Europe since their 2018 inception, Honey Hayze prove they can back it up in the studio with debut single ‘Gypsy Lady.’

Having only formed at the beginning of the year, it seems things have gone from strength to strength for Aussie six-piece Honey Hayze, with the psych-rockers having already captivated audiences with their hypnotic live show at various festivals around Europe including London’s Big Day Out, Stoked In The Park Paloma and support slots alongside fellow Aussies Art Vs Science – not bad considering they hadn’t even put out a tune.

But how did it all happen? “Gus [Hart, drummer] called me in December asking if I wanted to start a band because we could be able to jump on a Europe tour, since then we’ve put together 8-10 tracks for a live show all originals,” singer Earl Weir says. “But it definitely hasn’t been easy, working 60 hour weeks, jamming 3-4 nights a week to all hours to convincing friends and venues to giving us gigs for a band no one’s heard of and no recordings to show, I think in one weekend we played 3 shows with a 10 hour recording session in between. It also resulted in a loss of job and eviction due to a few to many kick ons but it’s worth it now.”

It certainly seems to come naturally to the lads with the brooding, doors-esque ‘Gypsy Lady’ the result of their very first jam. “The track was the first chord progression we wrote starting out this year in January, we just wanted something engaging with a breakdown, this evolved as we went from three to adding a guitarist, sax player and keyboard,” Earl says. “The key to all our tracks is to really get everyone jumping around for live shows, and who doesn’t love to jump around in
the crowd like a wild gypsy lady.”

Clearly setting a high standard for themselves, the production of the ‘Gypsy Lady’ video which was handled Cadillac Club is as smooth as the track itself, taking to rolling sand dunes that reflect the mystical nature of the tune. “The concept was based around the location and I have always wanted to use it for a music video. I was just waiting for a song which lined up with the amazing backdrop,” Cameron Danzey of Cadillac Club says.

With an EP expected later in the year, Honey Hayze will be heading back over to Spain and Germany for shows this August and October before stopping for a gig in Bali on the way to a national tour in November (info here), which the guys are pumped for. “The best parts for sure would be touring around with mates, other artists, the crowds have been nuts, does Europe have an rsa? And of course all the fucked up situations we mange to get ourselves in and out of.. If you asked Rory [Wheatley] and Gus theyd say the Barca skate scene for sure, the waves in the basquet country as well have been pretty fun,” Earl says.

“I guess a whole European summer and experience in general, weve lived in yachts in Barca to staying in Haunted Pubs in Southern England the best for sure has been our time at the Stoke surf house jamming every night, and without being to cliché the cultural side for sure, Stoke has taken us around to some epic traditions such as Running of the Bulls Pamplona, to the Haro wine fight, because who doesn’t like being drowned with wine at 7am in the cold and coming up Oktoberfest and LaTomatina tomato fight,” Earl says.

Head to the Honey Hayze Facebook for details and news. 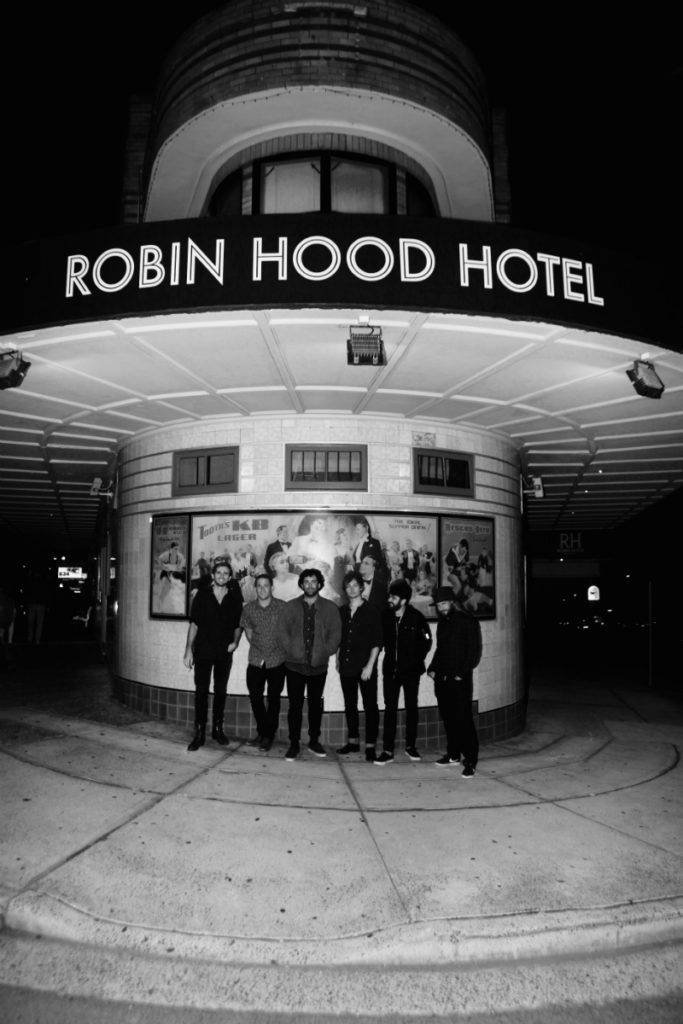 Share this
Video Premiere: Honey Hayze Take Us Out To The Desert In ‘Gypsy Lady’ Clip