Following future opening act Sycco covering one of his Slow Rush cuts, Tame Impala’s Kevin Parker has now had a hip hop superstar throw his hat in the remix ring…

Despite being released over a year ago when pandemics were only raging in Hollywood blockbusters, Tame Impala’s fourth studio album The Slow Rush is continuing to receive much praise and adoration from the music world and Tame fandom alike.

The latest form of it has come from Atlanta rapper Lil Yachty, who somehow managed to get his hands on the stems for synth-heavy bop ‘Breathe Deeper.’ How this actually came together we have no bloody idea, but Kev’s appearance in the video for the remix suggests he’s pretty on board with it, so of course we went into our first listen/viewing with an open mind.

Musically, the remix finds a slightly strange midway between the psychedelic rock and the mumble rap spheres. Don’t get me wrong, it’s groovy as hell, and Yachty finds a nice flow and synchronicity with the instrumental layers, but if you’re a long-time Tame fan, you’re probably gonna find this badboy a little bit jarring.

Visually however the video shines, embracing the psychedelic elements of the Tame soundscape with vivid colours and warped visual effects.

Gushing over the unexpected collab, Lil Yachty added “It was so amazing to work with Kevin as I’ve been a big fan since high school so it was a pleasant surprise and honour to be a part of such an incredible song.”

The remix also coincides with today’s announcement of The Slow Rush Deluxe Box Set, which features unheard b-sides and remixes of the time-heavy album.

Check out the ‘Broccoli’ rapper live the dream of every Tame fan with his remix of ‘Breathe Deeper’ above. You can also pre-order the newly announced Slow Rush Deluxe box set here. 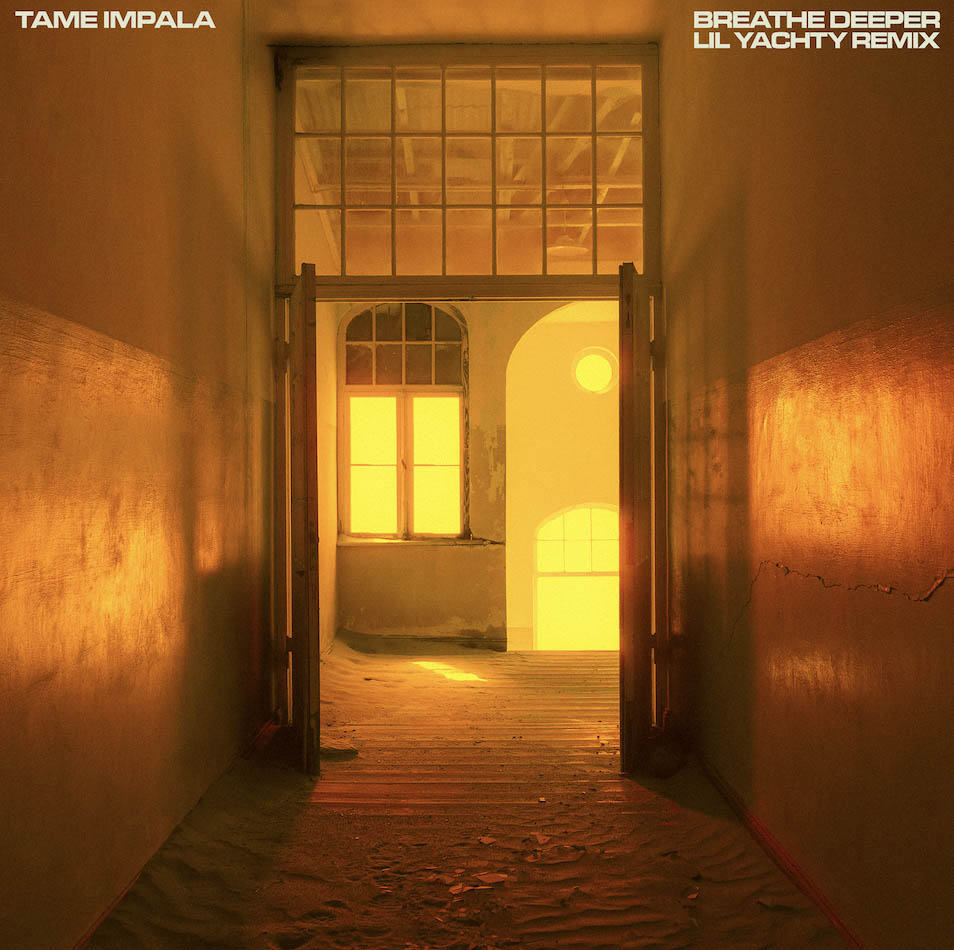