The Sydney quartet dig deep into the archives, releasing the song that birthed The Melodrones.

If you’ve been following The Melodrones like we have over the past couple of years, you’ll be all-too-familiar with frontman Rik Saunders’ endless quest to marry shoegaze, motown and 60s rock in holy matrimony. From their gritty debut single ‘RIP Hollywood’ through to their sugary lullaby ‘Nobody Said’, the group have craftily established different sonic branches, while staying true to their low-fi roots, exploring pop through an underground lens.

Their latest single ‘Master Key’ is the track that started it all. Written by Saunders, while he was living in a sharehouse with members of Sticky Fingers and DMAS, the aim was to imagine “What would happen if you combined the sonics of the Jesus and Mary Chain with the songwriting of Motown?” It’s no small task, but as a D-grade celeb flogging stain remover on morning TV would say, the results speak for themselves.

Complete with Sha la las and verbed out guitars the track includes all the Melodrones’ hallmarks that we’ve come to expect (and relish), with Saunders’ telling a fable of a dizzying desire and helpless devotion. It also comes with a clip directed by Mitch Farkas AKA Throat Pasta which sees the group spending a gloomy afternoon on the sand, washed-out via Farkas’ signature VHS camera.

The Melodrones will be launching the event on the 3rd of December at the Factory Floor with Craig Dermody of Scott and Charlene’s Wedding and Malys hosting the Sad Girls Sex Club. Grab a ticket here. 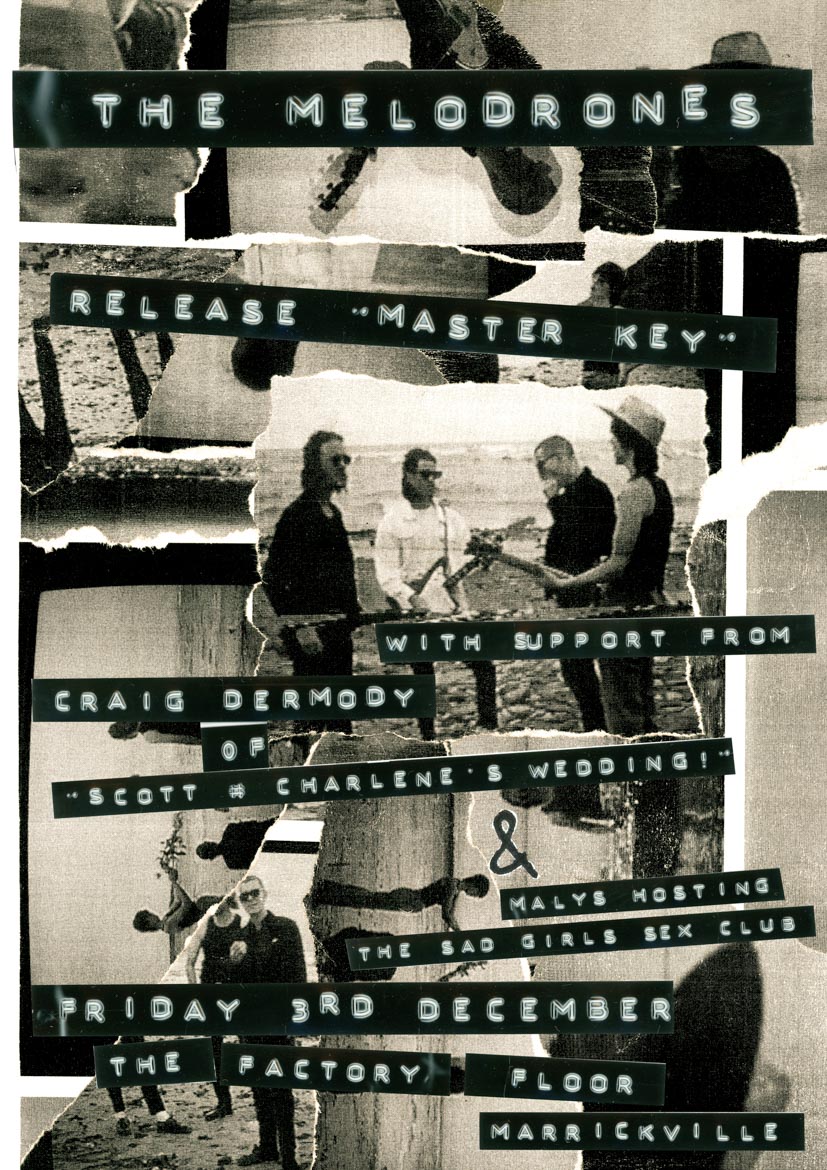