Sure, looking at the world through the sterile, white light of a screen is cool… but there’s nothing quite like seeing the real deal with your own eyes, let alone holding it in your own hands.

In an increasingly digital world, where artists having to show their work within the confines of a few inches on screens, zines are becoming an appreciated commodity. Zines act as one of the few creations an artist can make that can represent itself as a commercial product, body of work and art object in itself. Art can be a labour of love and sadly, the starving artist cliché is often true. Zines with their DIY nature are an economic and creative way to bridge the gap between artist and audience.

Sydney already holds two huge, annual zine fairs, giving the DIY community what they want. So, we were very excited to hear that one of the most consistent galleries in Sydney, Goodspace, is unveiling a new vending-machine-like contraption that promises 100% customer satisfaction… the mysterious Zine-o-matic. We caught up with one of the participating artist/Goodspace alumni, Kim Phan, to ask a few questions about the machine, her work, and why zine culture is more relevant than ever before. 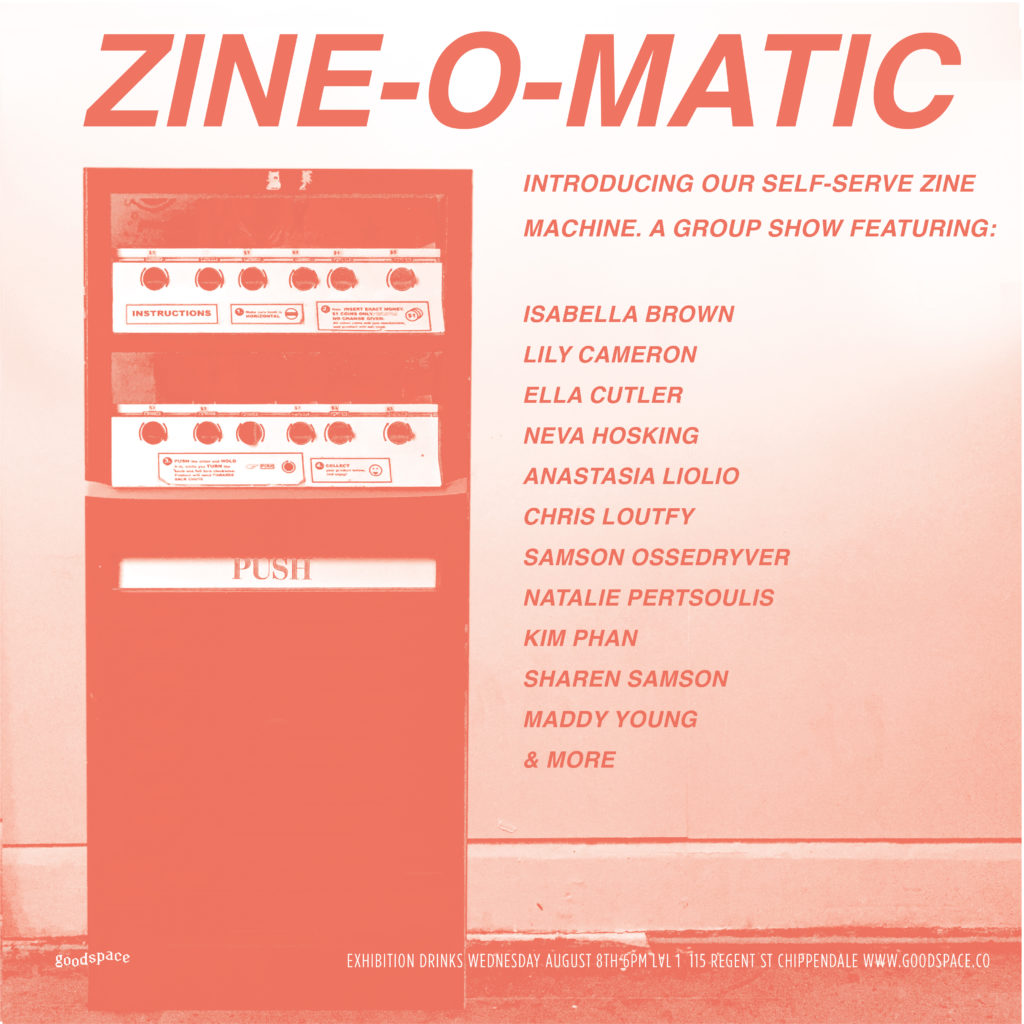 1. How does the self-serving zine machine work? I’m imagining like some sort of mad scientist conveyor belt of zines, I’m probably very off.

Your version sounds cooler actually — but the zine machine is essentially an old school vending machine. Think of the kind of thing you might get a chocolate bar out of, but from an era before they took EFTPOS. Don’t kick it though, you won’t get any extra zines. 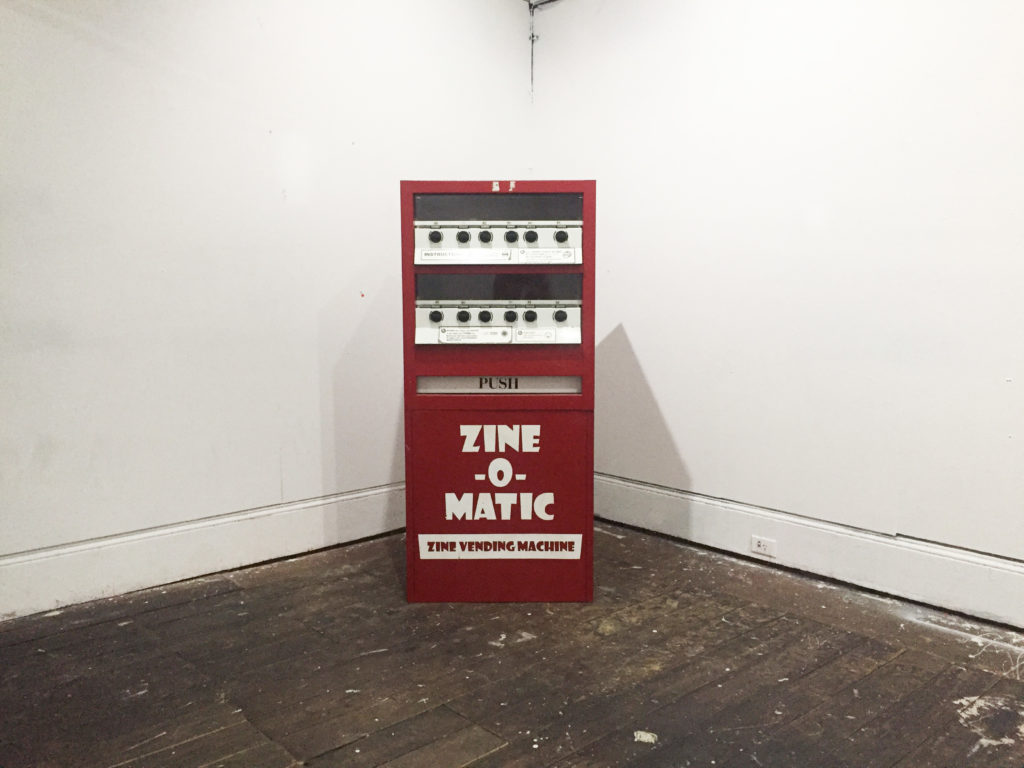 2. How do you think processing zines on the spot effects the experiences of the artist and the buyer?

I guess historically, a lot of zine and zine-fair culture is just as much about the personal interaction you have with the maker as it is about the object itself, and the zine-o-matic intercepts that in an odd, maybe even contradictory way. But I think by nature of it being an old, clunky, analogue box that spits out zines, theres a certain novelty and tactility that it trades for that interception. Maybe we can call it the introvert’s zine fair.

In any case, I think it’s nice that the zine-o-matic is just another manifestation of the kind of get-your-work-out-there, DIY spirit of a zine. It only accepts 1-3 $1 coins for each slot, so there’s a constraint to make it cheap n cheerful which is a real vibe.

3. As an artist, what do you believe it is about your art that lends itself to a zine?

In honesty, I think it’s not so much about the nature of my work specifically, but more that I as a person lend myself to the format of a zine. I think its the perfect answer to a compulsion to make and to share in a way that is accessible and easy and fun.

I have a sort of obsessive tendency to document occurrences of an object or scene, right now for instance it’s street chairs. In the past, zines have been an almost cathartic way of cataloguing this fixation and sharing it with other people. I guess its a way of turning you from a fanatic hoarder of street-junk photos into an artist, ha ha.

4. With such an eclectic lineup of artists, can you give us an idea of just some of the zines we can expect?

Boy! All sorts! We’ve got a nice range from illustration and photography to interviews and prose, and a range of formats that even push the boundaries of what exactly you can call a ‘zine’. The fun part is some of the zine-o-matic slots are literally about as wide as chocolate bar, so I’m working on what I guess you’d call a nano-photo-zine. I’m not going to offer too many spoileys, I guess just gather your loose change and come along.

5. Even with routine use of social media and new avenues of image sharing, why in 2018 do we need zines more than ever?

I think zines are important now and should be forever. Nothing really beats having a thing in your hand that you can hold, flip through, lend to your friend, put on your shelf, and come back to later. They offer an intimacy and tactility that an endlessly scrolling feed or even a print on your wall often cannot. They’re easy to make and easy to buy, it’s the perfect balance, zines forever.