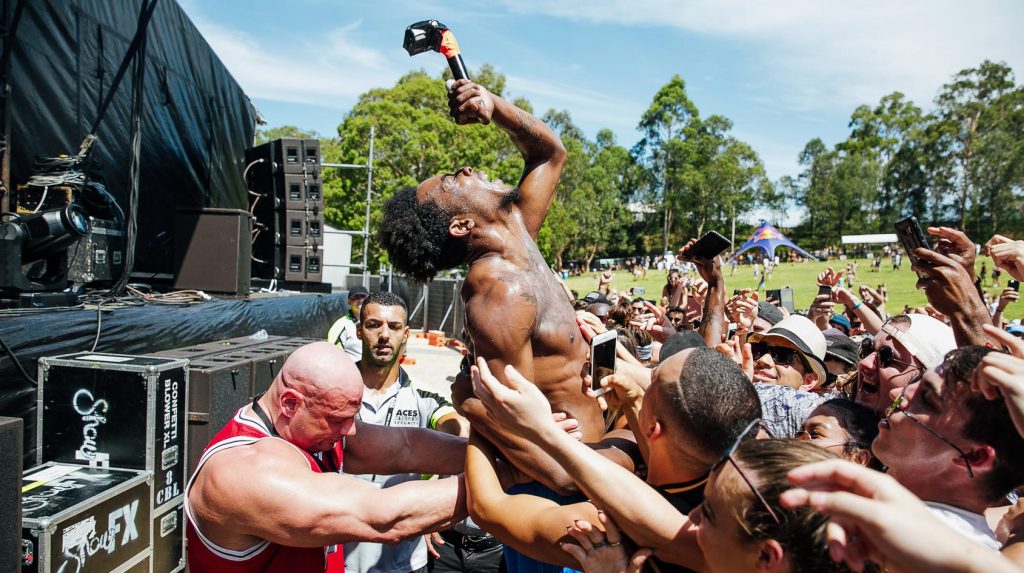 FOMO Festival made its Sydney debut last weekend as it descended on Parramatta Park, and let’s just say that it left one hell of a first impression.

The day featured sets from some of the world’s leading acts in dance, hip-hop and grime – as well as Flosstradamus’ hyperactive and bittersweet headline set, which marked their last performance with founding member Josh Young. While you can see all the onstage action in our gallery right here, Team LWA was also cooking something up backstage.

We set up a little makeshift studio – which was also conveniently close to the snack table – and took portraits of all the artists who were kind enough to drop by for some snaps and casual Sunday afternoon banter:

It’s not everyday that you get to chat to Desiigner and have him say ‘Panda’ for no reason whatsoever, but it’s a bloody nice time. You can watch our video recap of the day above, and scroll through for portraits of Desiigner alongside JME, Slumberjack, George Maple and many more: