If revenge is a dish best served cold, then this shit is straight from the freezer.

With lockdowns quickly loosening around the country (thank fuck), it’s looking like the days when a 10-hour binge fest was socially acceptable are coming to an end. If you’ve already inhaled your lockdown watchlist and want to squeeze in another flick before real-life cinemas reopen, we’re cutting out all the window shopping with another Executive Decision.

This week, you’re hunkering down with Tony Scott’s thriller, Man on Fire. Not to be confused with its prequel, Man Stands Dangerously Close to Flame, this 2004 Denzel Washington vehicle follows a bordering-on-sadistic ex-CIA officer who, after a child in his protection is abducted, goes about seeking merciless revenge across Mexico. If you’re into acid trip cinematography, gritty realism and the specific pedigree of early aughties thrillers, then you should read on for five reasons to (re)watch Man On Fire tonight.

Get a load of this, Tarantino.

In Man on Fire, Tony Scott rivals the equally-violent Quentin Tarantino with a series of increasingly gruesome revenge kills. Sure, Denzel begins with a pistol, but it isn’t long before he graduates to more inventive death machines, like a shoulder-mounted rocket launcher or a finger-chopping switchblade. If you’re in a bloodthirsty mood, look no further.

It’s a variation of the above reason, but the moment when Denzel shoves dynamite up his victim’s ass deserves its own mention. In a movie that’s already action-packed, Scott still manages to redefine what it means to – quite literally – open up a can of whoop-ass. I’ve eaten Mexican food, so I too know what it feels like when things get a little explosive down there.

What can’t this girl do? In the space of three years, Dakota Fanning went from talking to barnyard animals in Charlotte’s Web to being at the centre of a Mexican kidnapping ring in Man on Fire. Her chemistry with Denzel is the film’s emotional core, and the pair’s eventual reunion gives the audience a tear-jerking break from all the butt bombs. 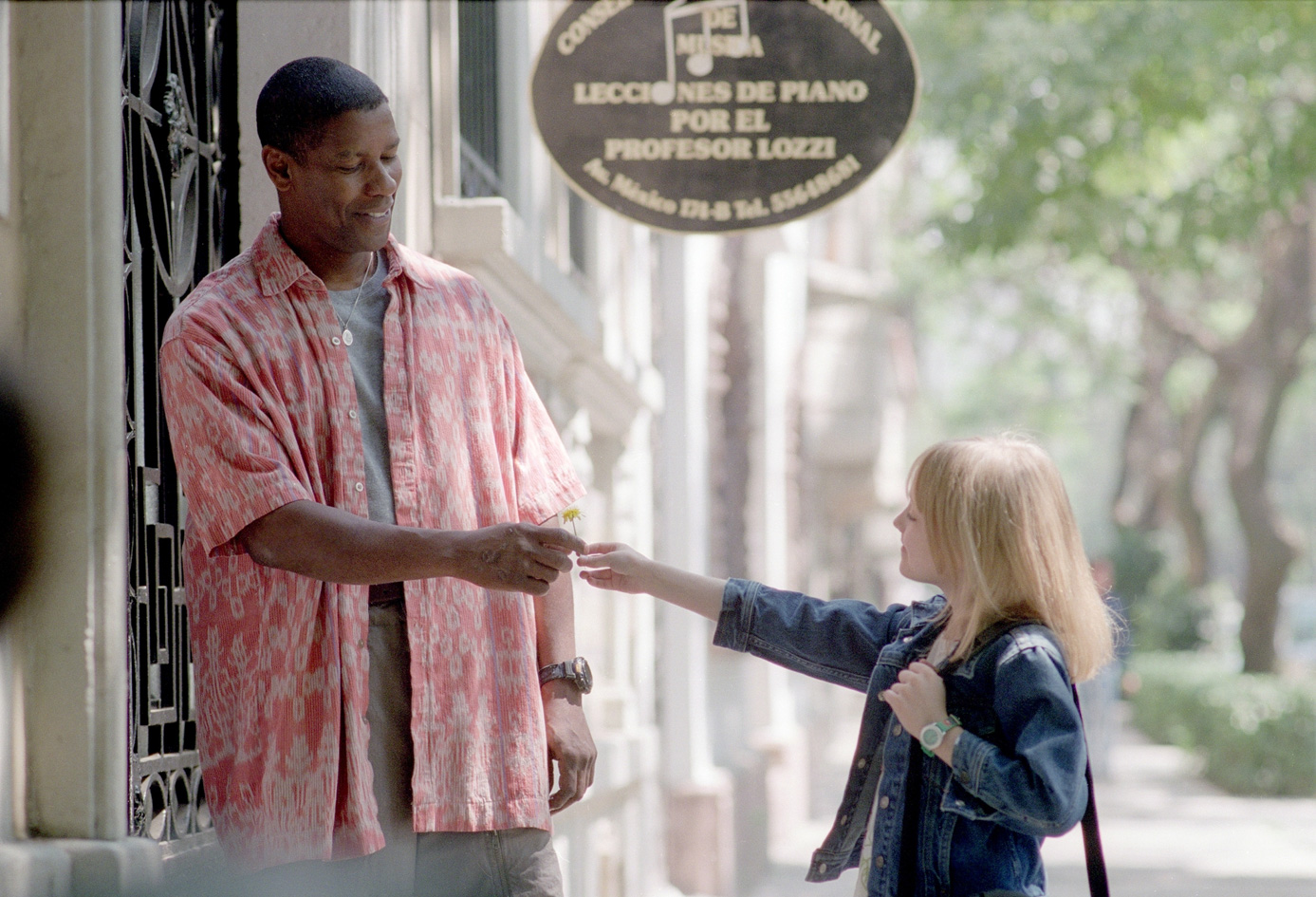 Like other revenge films of its kind (see Taken, Kill Bill), there’s something so gratifying about watching a bunch of overweight crims face their grisly comeuppance. You’ll be fighting back vicarious booyah’s with each detonated bomb or removed finger. In a quote that’ll either make you cheer or cringe, Denzel sums up the whole movie with the classic redemption line, “revenge is a dish best served cold.”

Originally set in Italy, Man on Fire was later relocated to Mexico, which has one of the world’s highest kidnapping rates. The film’s antagonists are based on the Arizmendi gang, which had collected around $300 million in ransom money at the time, and this reality is driven home by Scott’s gritty take on the Mexican underbelly. The idea that one person could singlehandedly dissolve a crime family is far-fetched, but things change when the man in question is Denzel Washington.