Sometimes it feels like the ‘hump’ in hump-day might never reach its apex, and the magical land of anywhere past five p.m. just seems too far off. But fear not, because as the EOD finally approaches, we’re helping you celebrate your midweek triumph with the cinematic escapism of our latest Executive Decision.

Up next is Ruben Fleischer’s 2009 zom-rom-com Zombieland. Like any movie about the undead, it’s unsurprisingly set in a post-apocalyptic world overrun by the titular flesheaters. What sets this particular set of zombies apart is a starry cast led by Jesse Eisenberg and Emma Stone, and an absolutely killer script (get it? Killer?)

Hilarious puns aside, here’s five reasons you should pick the right flick and (re)watch Zombieland tonight.

Sometimes you just need an (un)healthy dose of gore. Haemophiliacs should take this as a warning- Zombieland does not shy away from the bloody mess that is an undead apocalypse, but that’s what makes it almost-perversely impossible to look away. Each killshot feels like a sigh of relief, making a movie of 50+ killshots feel like one long exhale. Who knew the gruesome murders of bloodthirsty zombies could feel so…cathartic?

As far as zombie movies go, Zombieland is top-tier. We know this almost straight away during the opening scene, which follows Eisenberg’s nerdy protagonist as he lists-off all the ways he’s managed to survive. The sequence features some of the film’s best kills- from mid-shit neck bites to a pair of zombie-fied toddlers in tiaras.

It’s always such a pleasure when Bill Murray graces our screen, and his cameo in Zombieland is no exception. Arriving as a surprise in the film’s latter half, Murray plays himself (king shit), and treats his guests to “West Coast hospitality” (multiple bongs). But for all its awesomeness and without giving too much away, Murray’s appearance is short-lived.

Maybe it’s because they’re sold so well by Woody Harrelson’s performance as a savage sweet-tooth, or because they’re one of the main carriers of his character arc, but the cream-filled cake is absolutely worth a mention, even if you’ve never tried one. 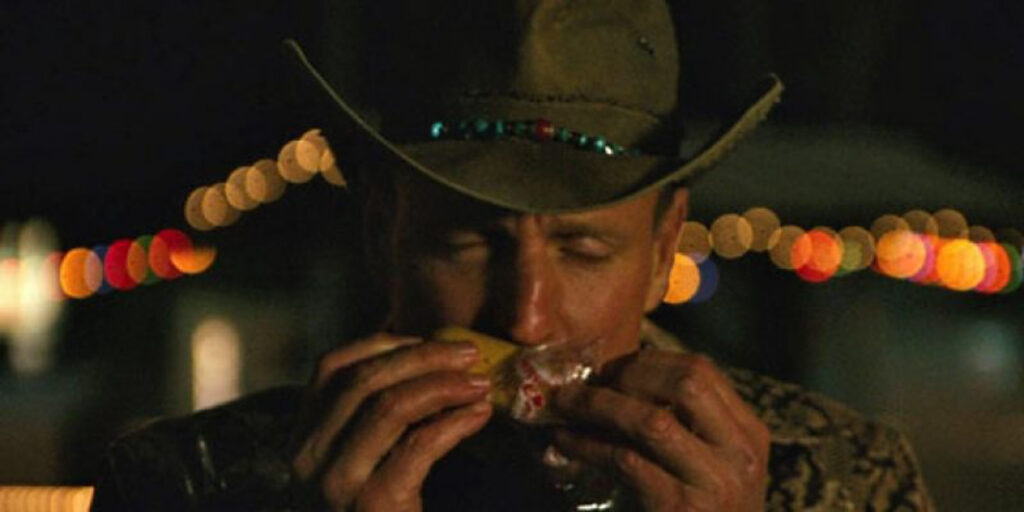 Yes, the list of rules compiled by Columbus is helpful in the Zombie-verse, but you’d be surprised how much of it is relevant to regular, non-zombie life, too. Tips like practicing your cardio and being wary of public bathrooms are just as useful when escaping a cannibal as they are when you’ve had too much Mexican food. In any case, the list is an often-funny backdrops to most of the film’s best kills, and give Columbus (and us), an important lesson: be a hero.

Share this
Five Reasons Why You Should (Re)Watch ‘Zombieland’ Tonight