The comic book giant capitalises on Spider-Man fanfare with a slew of new offerings.

Having killed-off the majority of its main characters in the wake of Avengers: End Game (spoilers!), Marvel Studios has today unveiled the upcoming movie and television release schedule for its remaining cast of superheroes. The fourth phase of its cinematic universe, Marvel’s 2022 debuts appears to usher in a supernatural batch of crime-fighters, with post-Avengers heroes like Loki and Wandavision first steering the MCU’s more magical route last year.

Set to hit either theatre screens or Disney+, Phase 4 comprises blockbuster premieres like Thor: Love and Thunder and the Black Panther sequel, Wakanda Forever, while series like She-Hulk and Ms. Marvel will grace the parent company’s streaming service in mid-2022. Scroll down for the complete rollout of Marvel’s fourth cinematic phase, and keep an eye out for Benedict Cumberbatch’s upcoming return as Doctor Strange in The Multiverse of Madness in May. 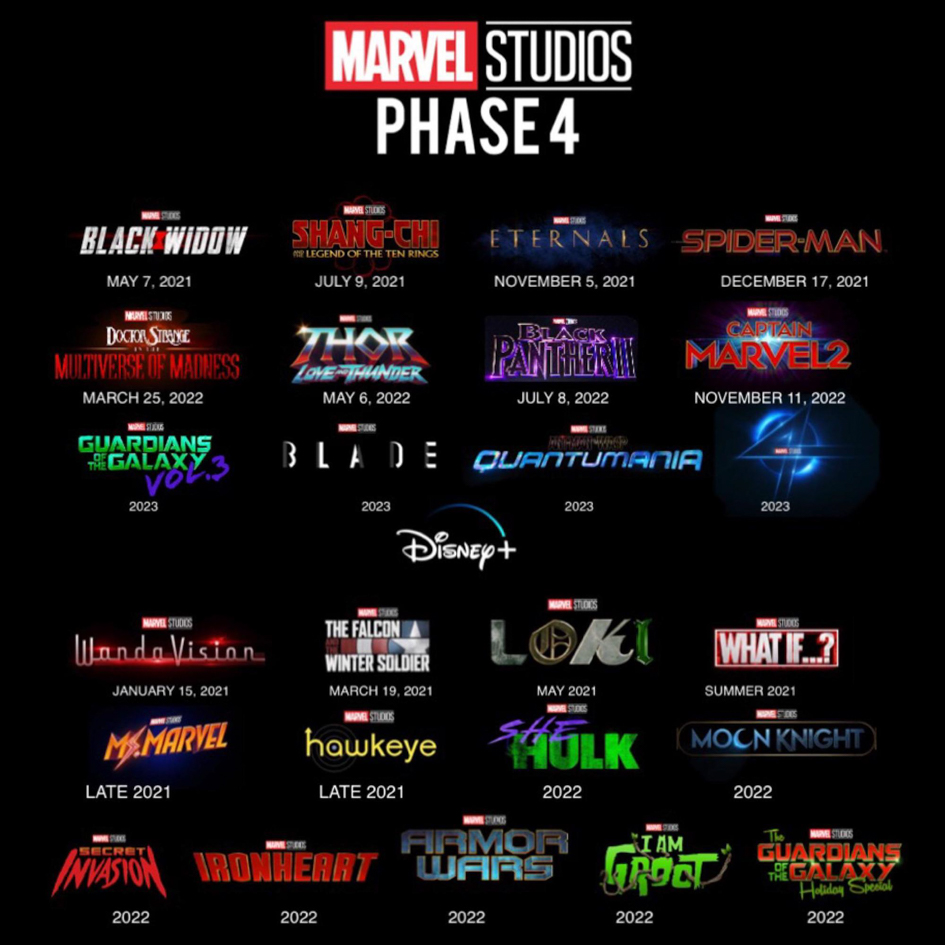