Rip open that packet of gabagool and strap yourself in.

Is it just me, or is the trailer for The Many Saints Of Newark one of the most relieving things to hit screens this year? Attempting a movie after a series ends usually goes one of two ways: it’s boring horseshit and feels like nothing more than a cash grab (see Entourage, Sex & The City, The Office and a boatload more) or it satisfies that niggling hunger for just a little more (see El Camino: A Breaking Bad Movie).

After watching the trailer, I’m feel confident The Sopranos creator David Chase isn’t the type of guy who’d let the legacy of his baby get ruined. Set in 1976 it follows Tony Soprano “growing up in one of the most tumultuous eras in Newark’s history, becoming a man just as rival gangsters begin to rise up and challenge the all-powerful DiMeo crime family’s hold over the increasingly race-torn city.”

Our first look sees Tony, who is being played by James Gandolfini’s real-life son Michael Gandolfini, getting into a brawl before getting lured into a world of crime by his uncle Dicky Moltisanti (Alessandro Nivola). Younger versions of other characters such as Livia Soprano (Vera Farmiga) and Junior Soprano (Corey Stoll) also make an appearance, and hopefully we’ll get a little sneak peek of much-loved crew members Paulie Walnuts (Billy Magnussen) and Sylvio Dante (John Magaro) in the next trailer.

Watching Gandolfini Junior on screen is also a bit of a sucker-punch to the heart. His dad became so entangled with the iconic role of the family’s boss and died at such a young age that it’s impossible to separate “Jim” from Tony. Whether his son can reach those levels of depth in his performance is yet to be seen, but so far we can’t rule it out.

Despite getting that dramatic Hollywood trailer treatment, it seems that The Many Saints Of Newark has got all the ingredients that made The Sopranos great: Tony’s swaying between likeable and dangerous, a mindfuck of a mother, and plenty of bleak brutality. If you consider yourself a fan of the show but were doubtful about the movie, ‘Don’t Stop Believin’ – this is a good bloody sign. 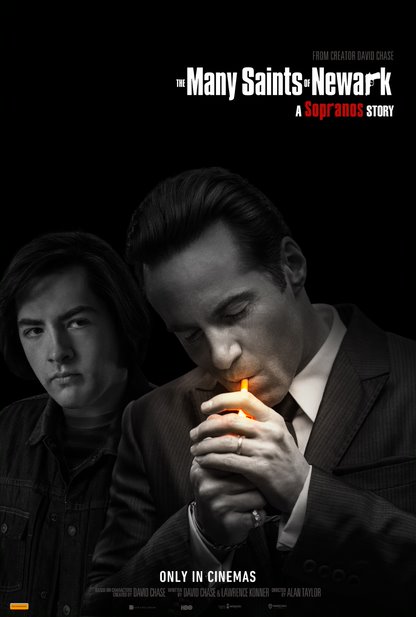 Share this
Watch: ‘The Sopranos’ Prequel Trailer Has Restored My Faith In TV Shows Doing Movies