There’s no better way to bring in the new year than with the dreamy alt-pop that is BENEE.

New Zealand songstress BENEE is taking over the northern hemisphere with the announcement of a massive tour over two years in the making. BENEE’s first foray into live music since the beginning of the pandemic, the tour will kick off in her hometown before making its way to Aussie shores in March 2022.

Tracks from BENEE’s 2019 EPs, as well as last year’s full length album Hey u x, will take centre stage at stadiums from Hobart to Sydney, with general sale tickets going live this Friday (26 November) at 11am. Extra eager listeners and My Live Nation members can secure early access tickets on 25 November. 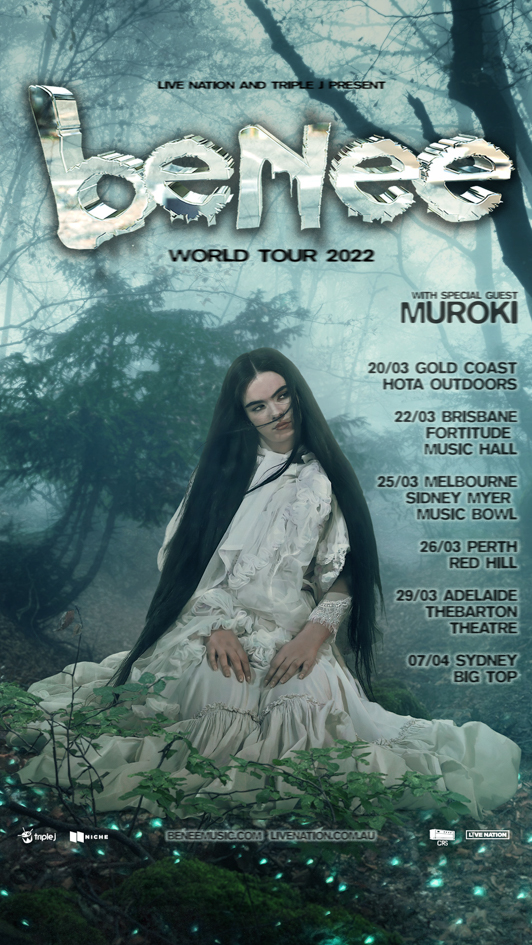 The announcement coincides with BENEE’s recent release of Doesn’t Matter, a single which marks her re-arrival on the scene and preempts what will be her international tour since 2019. To help her along, BENEE will enlist fellow New Zealander Muroki as a supporting act, before jetting off on the tour’s European leg in April.

TICKETS ON SALE FRIDAY 26 NOVEMBER, 11AM