In what’s sure to be welcome news for fans of surf, live music and sand (especially when mixed together), The Drop has announced the dates and lineup for its 2022 return.

Headed by Victorian international export Tones & I, the coastal retreat will see the likes of veteran maestro Matt Corby, pop four-piece Cub Sport, surf rock larrikins Dune Rates and more take to the hallowed Drop stage. And in a neat twist, Dunies lead singer Danny Beus will be playing a hometown show in Coffs Harbour, in what’s definitely set to be a nostalgic welcome home for the frontman.

Speaking of locations, this year’s festivities will take place at none other than Bondi Beach and, you guessed it, Coffs Harbour on October 15th and October 22nd, respectively. As for those who already have tickets to the 2020 Manly, Coolangatta, Torquay and Busselton events, they’ll have the choice to attend the Bondi or Coffs Harbour festival this year, roll over their ticket to The Drop 2023 (whose lineup will be announced soon) or get a full refund. More deets on all of the above here.

Definitely a festival return we’ve been especially keen for. Pre-sale tickets for The Drop 2022 are set to go on sale next Tuesday at 9am, with general sale tickets for Bondi and Coffs Harbour available from the same time the day after. For now, check out the full lineup below. 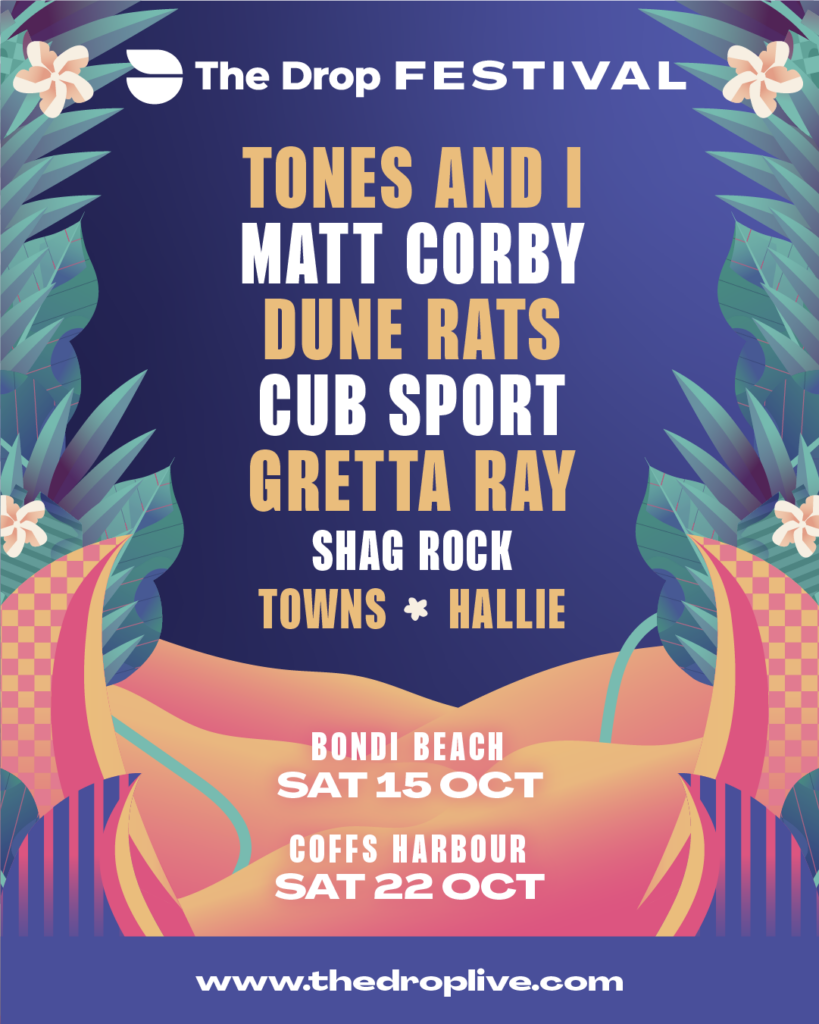