In an age where TikTok, TV placements and non-stop touring seem almost essential to a musician’s success, it’s hard to find artists who are simply about their art and the process of creation. Yet, there are still gems to be found; artists who live and breathe creativity in everything from their music to their style and overall swagger. Compton-born Steve Lacy fits the description of the latter to a tee. A consummate artist who for years on end has been churning out sublime works of hip hop, RNB, soul and indie, he’s been helping to steer contemporary music both as a producer and as a solo artist. And it’s all eventuated in his latest album Gemini Rights, which is out today.

Comprised of fourteen lush self-produced tracks, the album is the result of years of honing his craft and discovering his true self. Don’t get me wrong, when he burst onto the scene in 2017 with his debut EP Steve Lacy’s Demo, he was already a powerhouse with a sound that rivalled some of the biggest in the game. But now, on Gemini Rights, it’s clear he’s fully formed, and that he’s well on his way to being one of the greats. From the pensive opening track ‘Static’ to the nostalgic ‘Bad Habit’ and the soothing ‘Give You The World’, he’s a curator of plenty of feels and emotions on the new record, and much like its predecessors, it’s a total home run.

In light of all of the above, we thought we’d take a deep dive into the artist that is Steve Lacy and examine how he is challenging what it means to be a producer. But first, join us as we take you through Gemini Rights below.

Beginning with the pensive ‘Static’, the Compton-born artist offers a soulful switch up from the jump that demonstrates his affinity for balladry, all the while staying true to the raw and real that permeated his early releases. It’s also clear that despite the sheer stress he’s put it through over the years, old mate’s vocals are pristine as ever, alternating from chest to head voice with ease on lines like “Cause I’m longing for someone secure”. It definitely sets a nice overarching tone for the project as a whole, not only hitting you from the jump with soul but affirming Steve’s musical maturity.

Then comes the punchy ‘Helmet’, Steve touching on the tangy sweetness that characterised previous album Apollo XXI, hurtling guitar lines and fiery vocals capturing nostalgic remembrance with catchy sweetness. Keep in mind the preceding track is a brooding ballad filled with soul-stirring, yet, despite the obvious shift in mood and feeling, the sonics are captivating enough to lock you into his world.

The steeze continues in the following cut ‘Mercury’, Steve experimenting with the more sultry parts of his voice and musicality for a Latin-seasoned bop about truth and lust. And just when you think that he’s settled into a nice and familiar groove, however, he switches things up once again, getting gorgeously nasal on ‘Buttons’ as he taps into his Prince bag for a love song about letting your guard down. You can tell the muso is well and truly challenging his listeners on this cut, purposely crafting jarring verses and hooks that are designed to throw you off balance. Yet, the lush sonics and the suaveness of his tone alone more than make it work.

As you’d expect, there’s something for the OG fans on Gemini Rights as well, Steve throwing it back to the days of his debut project Steve Lacy’s Demo on ‘Bad Habit’. Utilising a classic Steve guitar line and effects, the young muso is fully in the pocket over the runtime as he sings lines like, “I wish I knew you wanted me”. It’s a form of musical time travel if there ever was one, the fifth cut on the LP gorgeously raw and minimal as you’re taken back to the days of the iPhone 5, Garageband recordings that helped catapult him into the stratosphere.

Every great album needs a bit of breathing room, a sentiment Steve reinforces on ‘2Gether (Enterlude)’ and ‘Cody Freestyle’, the former a minimal guitar-driven track with hypnotic vocal utterances from both Steve and his collaborators. The latter, however, is a spacey voyage into the unknown, the four-minute cut utilising ethereal synths as Lacy puts his falsetto inclinations to use. We also get to see him experiment with his rapper voice at various points as well, alternating between the rhythmic and melodic as he transcends the tune into this enchanting meditation on, well, I’m not exactly sure, but whatever it is, it works.

‘Amber’ well and truly signifies the tail end of Gemini Rights, Steve touching on his gospel roots with hints of jazz, soul and swing as he sings atop a cascading piano line. There’s a vintage feel to it that makes you feel like you’re in a 1960s bar watching greats like Sam Cooke, Ray Charles and more do their thing up close and personal,= while still feeling fresh and invigorating. It’s a balance Steve has in spades. And aside from all of the nostalgia, the outro from 2:20 onward is heavenly, to say the least.

The second last track isn’t exactly where you’d expect an album’s only feature artist to be revealed, but Steve doesn’t play by any rules, the multi-instrumentalist finding perfect synchronicity with New Jersey native Foushee as the two duet on ‘Sunshine’. Contrary to his past duets with the likes of Kali Uchis, Ravyn Lenae and more, Steve really takes his time on this cut, unravelling hooks and verses helping the listener truly immerse themself in not only the vocals on display but the intricacy of the surrounding guitars, synths, drums and vibe of the track as a whole.

Finishing with the vibrant ‘Give You The World’, Steve confirms the listener’s suspicion that he’s no longer the mysterious producer quietly making bangers on his iPhone, rather, he’s a total soul and R&B incarnate, bridging the greats with contemporary music without any sense of reduction or imitation. Not only is his falsetto in prime form on this number, but his arrangement of harmony and instrumentation is as pristine as can be, Lacy’s repeating of “I gave you the world” with gentle guitars and ornamentation swirling around him really complete the journey that is Gemini Rights, and leaves you optimistic for the future of the artist that is Steve Lacy.

Now, join us as we dive into why 23-year-old future GOAT is challenging what it means to be a producer.

Ready to feel super under accomplished? By the time Steve Lacy was 20, he’d already produced for Kendrick Lamar, Goldlink, Isaiah Rashard and of course The Internet, and that was all just on his phone! Since then, he’s blown up, becoming one of the most in-demand musos in all of contemporary music. Despite his endless list of collabs, he’s stayed true to the signature sound that helped him explode onto the scene in his teens: equal measures of funk, R&B and soul-stirring in an indie-rock cauldron. He can and has done it all; a far cry from what you’d expect from a typical producer.

Alright, we’re willing to go out on a limb here and say that Steve’s fashion sense is right up there with the quality of his music itself. Dresses, crop tops, suits, you name it, he’s probably rocked it. So much so that he’s integrated it into his live shows, more often than not pulling off several costume changes during his sets. And let’s just say, you haven’t truly lived until you’ve seen him rock a dress while pounding away on a Fender Strat (fellow Metro Show attendees from 2020, where you at?).

If you’ve ever thought you needed top-tier equipment or production software to make good music, well, Steve Lacy is living proof that you’re totally wrong. The 23-year-old not only produced his first EP entirely on Garageband (on his iPhone 5 no less!) but he’s produced for the biggest and baddest in the industry with minimal gear. It’s no doubt an unintentional flex, with the strength of the ‘Some’ singer’s musicality on full display in his various creations, regardless of which corner of the genre-sphere he decides to venture to.

This goes without saying, but Steve’s steeze is virtually unmatched in contemporary music. With the attitude, style, bravado and sheer magnetism he emanates, you’d be hard pressed to find another like him. He’s definitely reminiscent of prime Prince, and like the OG pioneer, is making huge advances in redefining what it means to be a producer while pushing his own solo career forward. As for the attitude and swagger, well, we highly recommend his interview with GQ below for proof that he’s well and truly one of a kind.

This song deserves a write-up all on its own and is the perfect way to finish this article. The lead single off the maestro’s debut EP, Steve Lacy’s Demo, electrified the indie and R&B stratosphere when it was released in 2017. Its unbridled blend of genre and attitude not only helped plunge Steve into the mainstream, but helped lead the way for the next generation of bedroom producers.

And keep in mind that this whole track was recorded just with an iPhone and guitar, which makes it all the more impressive. From those raw verses to those borderline religious harmonies on the hook, the track is one that’s managed to stay just as resonant and infectious all of these years later.

Steve Lacy’s new album Gemini Rights is out now. You can buy/stream it here. 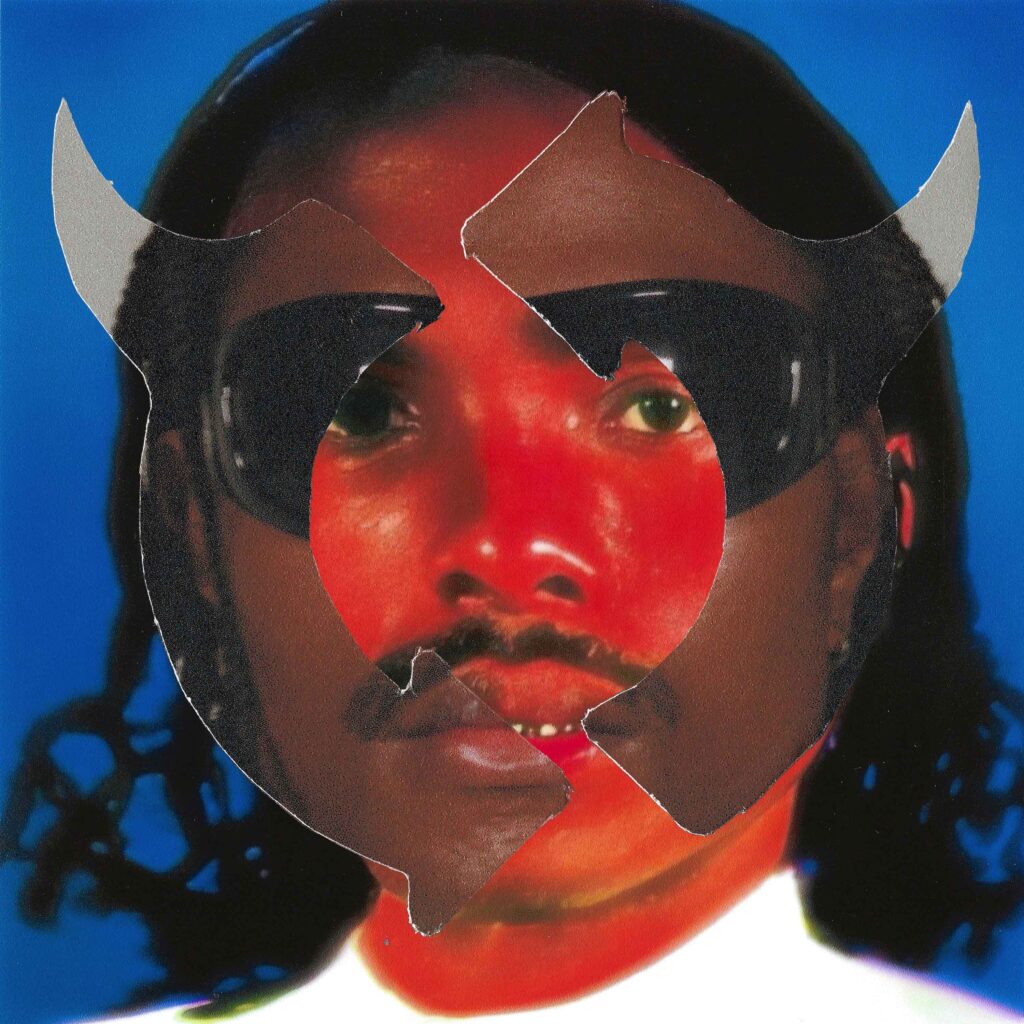