King Gizzard & The Lizard Wizard have dropped a massive lineup for their Melbourne festival, which is going down December 1st.

Once again King Gizz have assembled a motley crew of psychedelic/punk/rock acts for their travelling festival, with Dutch world/funk group Altin Gün and US psych rockers Mystery lights being the big name internationals that will be making it out to here for the event. There’s plenty of Aussie faves though, with the bulk of the flightless team; Stonefield, Amyl & The Sniffers and Baked Beans also named on the roster.

According to the groups Instagram, announcements regarding Sydney, Adelaide and Brisbane are coming next week. Traditionally Melbourne has been the biggest shows of the Gizzfest tour, though fingers crossed the bulk of this lineup will be making it further North (and West). Peep the lineup below and set a reminder for tickets to the Melbourne event which go on sale Friday at 11.11am right here. 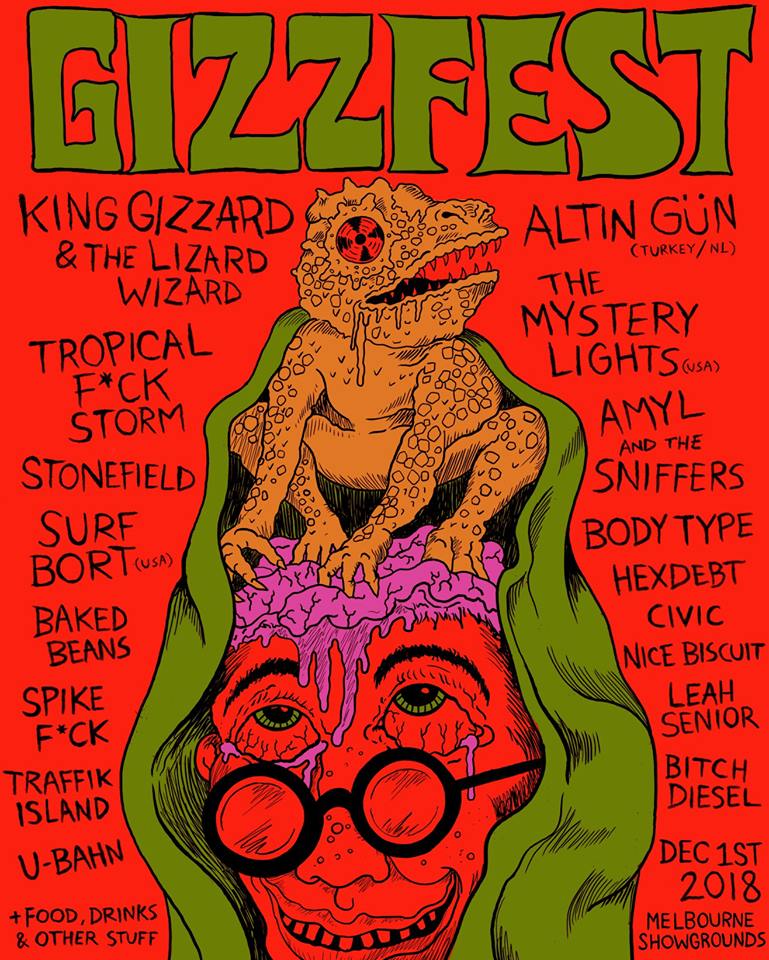