It’s been a while between drinks for Ruben and Adam.

Sure, they’ve played a bunch of festival slots, branched out into the world of food with their KFC collab, and released a few solo tracks, but do these things really compare to a Peking Duk headline show? The answer, is no. Which is why we’re stoked to be sharing the news that Canberra’s favourite sons have announced a mammoth Australian tour for 2023.

Marking their first headline shows since 2019’s Biggest Tour Ever, the duo will hit pretty much every venue along the east coast, while also stopping by Adelaide and Perth in a run of 16 – yes you heard that right – gigs. They’re also hell-bent on visiting a handful of regional areas that they’ve never been before, allowing those outside of capital cities to bask in their electro glory.

Check out the dates below and head here to score some tickets before they all get snapped up like me whenever there is real peking duck within arm’s reach: 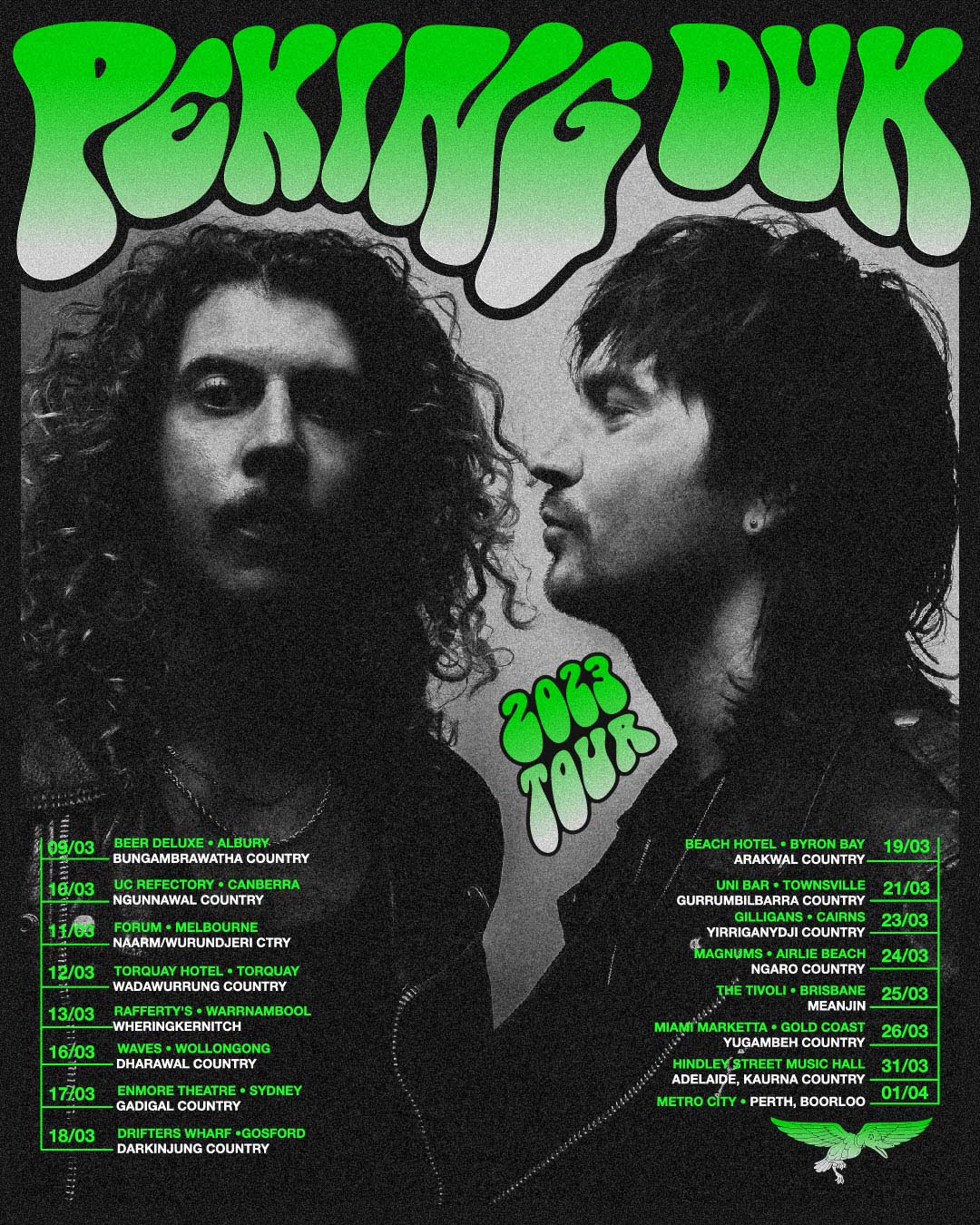