Prepare to drift away on the ethereal sounds of Angus1.

You know that feeling when you listen to a track and it instantly transports you to some sort of musical happy place? That’s the feeling we got when Anugus1’s new chillwave bop came across our desk just the other day. And we’re not alone either – French tastemaker label Kitsuné Musique have snaffled up the tune which will be right at home alongside tracks by Phoenix and Parcels.

‘Bound’ combines lullaby-esque keyboard lines and some Brazilian grooves at a spicy tempo that allows the it to straddle the world between club banger and hazy dream pop perfectly. It was mixed by George Nicholas (Cosmo’s Midnight, Stevan) and mastered by Matt Colton (James Blake, Caribou), with each contributing to the song’s tasteful glimmer.

The most notable contribution, however, comes from former Little May member Elizabeth M Drummond who lends her voice to the track, also marking Angus1’s first major collab. Her vocals sound like what floating through clouds must feel like, with her masterful breathy harmonies and softly sung melodies nicely juxtaposing his slightly more coarse vocals.

We hope you enjoyed that as much as we have. ‘Bound’ drops tomorrow on Kitsuné Musique, follow the links to catch Angus1 and Elizabeth M Drummond on IG. 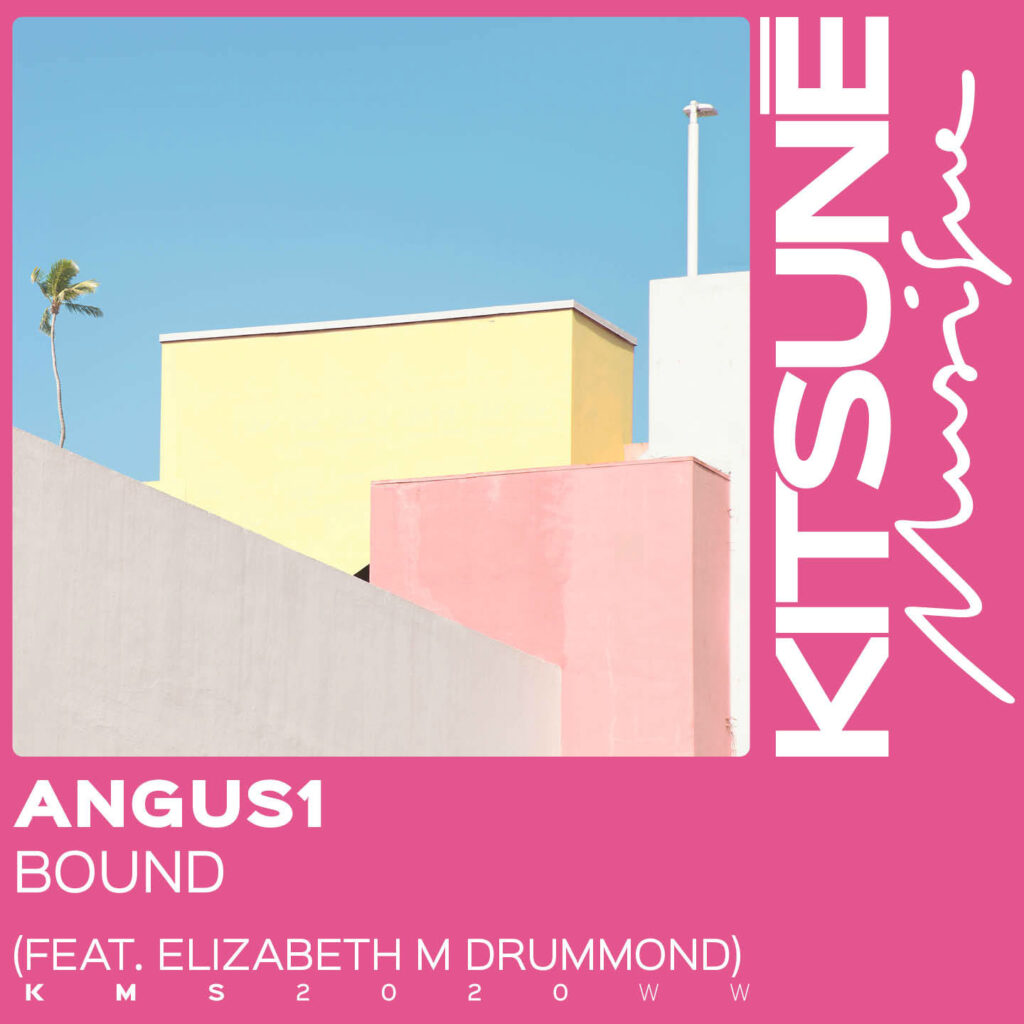 2m Ever Wanted To Run A Label? Copper Feast Records Tell Us What Slinging Wax Pizzas Is Really Like
Vinyl lords listen up.