Neck deep into festival season and Secret Sounds are slowing no signs of slowing down, putting a bunch of deals up for this week’s Black Friday sale. Along with getting you into your favourite Secret Sounds festival or gig without breaking the bank, they’ll also help you get in early for Splendour in the Grass 2023 via a limited ticket release (500 tickets to be exact)

Also up for grabs are discounted tickets for next month’s Falls Festival, along with exclusive and discounted tix for Heaps Good Festival in Adelaide, The Wombats’, Sam Fender’s and The 1975’s Aussie tours. There’s plenty more on offer as well, with plenty more gigs and festivals being announced each day.

It’s no doubt set to be the country’s biggest festival season to date, so do yourself a favour and get in on the Secret Sounds Black Friday sale from 9am this Friday here. Thank us later. 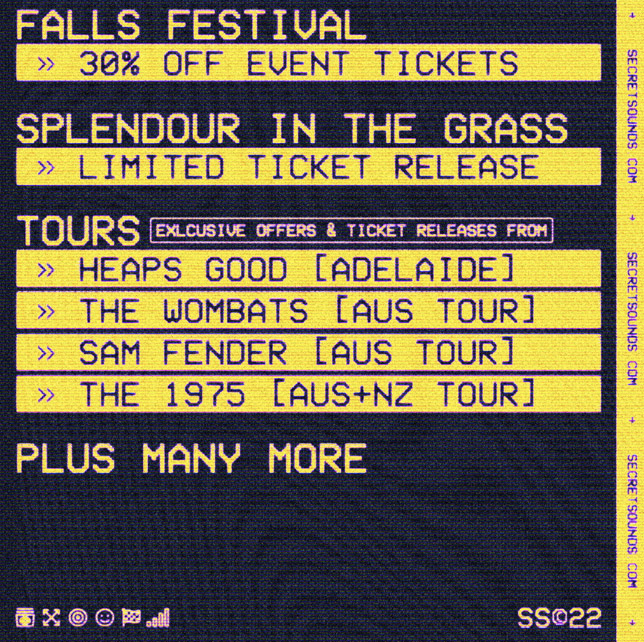