With Sydney’s King Street Crawl and Brisbane’s Bigsound conveniently lining up over four consecutive days, local and international performers are jumping at the opportunity to showcase their talent at the notoriously well-attended events. Here we look at three acts from Singapore who are sure to be turning heads this weekend and beyond:

Having already generated a bit of buzz Down Under after his debut performance in Melbourne last year, Lincoln Lim’s return is sure to have fans of his powerful indie-folk sound licking their lips. His first single ‘Her’ peaked at #23 on Singapore’s Spotify Viral 50 Charts back in 2017 and he’s since backed it up with four equally impressive tunes, including his latest ‘Losing’. Here, Lim lets his vocals loose over soaring symphonic harmonies, delivering a captivating performance as he lyrically dismantles a story of lost love.

Lincoln Lim will be taking the stage at Good Intent’s 1st Birthday at King St Crawl (info here) as well as the Hear65 Showcase at BIGSOUND on Wednesday (info here) and it’s safe to say he’s more than looking forward to it. “I can’t wait to meet incredible people, check out mindbendingly fantastic acts and eat some shellfish. The world may be your oyster at BIGSOUND, but I’m pretty keen on some actual oysters too,” he says of his return.

Post-hardcore five-piece Caracal are going to have crowds at their Aus shows moshing like none other. Having racked up support slots over Asia and the US with the likes of The Used, Underoath, and Funeral For A Friend over the last decade, it’s clear they are the go-to support act for big-name artists in their genre. Drawing inspiration from At The Drive-In and The Dillinger Escape plan, their newest single ‘Mouth Of Madness’ is an alt-rock masterpiece, complete with thrashy highs, anthemic troughs, and proggy riffs.

The prospect of escaping Singapore’s heat is a bonus feature of their tour Down Under. “The one thing we’re all looking forward to is the weather, really.  We’ve been melting in the sweltering heat here in Singapore and we can’t wait to bask in your lovely 14-24 degrees,” the band says. “We’re also hoping to catch this really intense metal band called Lo!. Their music is pounding, powerful and commanding. You can hear it in their track ‘God of Ruin’ – We don’t want to miss this chance to catch them live. Apart from the weather and metal, we’re also looking forward to good coffee and food.”

Returning to Australia having played Laneway Festival and Bigsound previously, electro duo .gif will be offering Aus audiences another opportunity to delve into their dark sonic playground. Their debut full-length Soma earned them global acclaim, with the duo dazzling crowds around the planet with their otherworldly arrangements. Drawing inspiration from literature, theatre, and film, their immersive sound has seen them soundtrack award-winning movies, including Netflix Original Shirkers.

“We’ve always loved a lot of music coming out of Australia, and many bands we look up to have graced BIGSOUND lineups before, so it’s a real treat to be a part of the festival!” the group says. “Music aside, we’re most excited about the crisp air, and hanging out with our new friends Requin and Leavings –– amazing Aussie bands we caught on their tour in Singapore.”

You can catch .gif performing at Good Intent’s 1st Birthday at King St Crawl this Sunday (info here) and the Hear65 Showcase at BIGSOUND on Wednesday (info here). 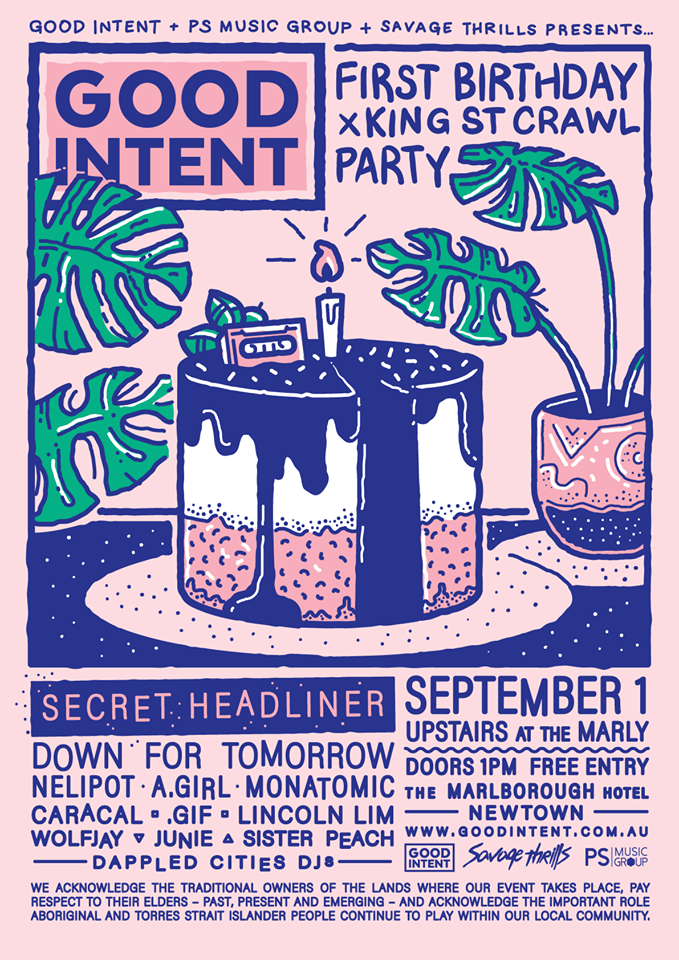 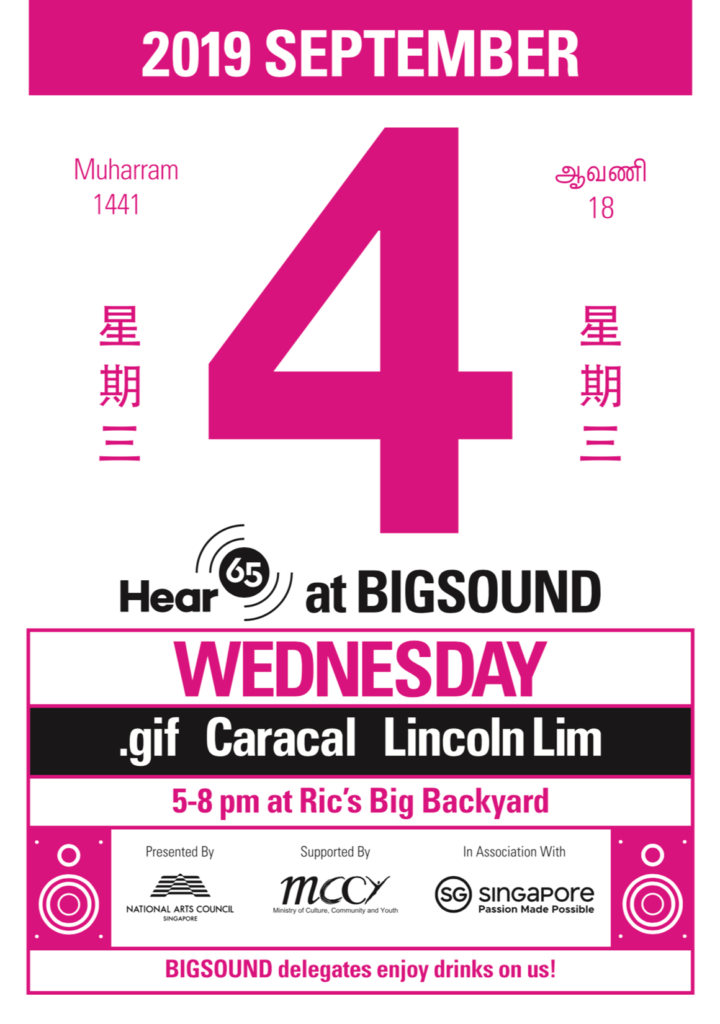