The future is bright as hell for those blokes…

The Terrys have been on a meteoric ascent to prominence ever since their debut single ‘Video Games’ last year. Their blend of surf, garage and basically every kind of head banging rock in existence has led to them building a loyal legion of fans just desperate for new tunes. It’s all been building and building, setting the stage for their debut EP The TerrySonic Mixtape, which is out now.

Boasting six off chops tracks crafted to soundtrack the rowdiest and most intense moments, the boys have come through with a debut body of work just bursting with promise, overflowing with good vibes as they live life to the absolute fullest. From the beloved ‘Our Paradise’ to the raw intensity of ‘Cost The Peace,’ the south coast crew seem to have well and truly found their own sound, and judging by its reception so far, it’s working to say the least.

We figured we’d nail down the Gerringong larrikins to get the drop on the new EP. Check it below.

Neddy Sanchez is our good mate who’s been trapped in Indo since before the pandemic living his best life drinking beers getting barrelled and being a hell man. This was one of many classic voice messages we received from Neddy. We thought Ned’s vibe in this msg was the vibe of the mixtape that we where going for so without telling him decided to use it for the intro to the mixtape and set the tone for the bangers to follow.

ALRIGHT ALRIGHT ‘Melbourne Bitterz; is a fun jangle about our love hate relationship (but mostly love) between them and Melbourne. We wrote on our cough in an Airbnb in Melbourne when we were there for our first ever time for the Our Paradise tour. It was the morning after a visit to Revs actually… Kinda surprised that anything constructive came out of that morning, let alone one of our favourite songs to date.

Finchy and I (Lukas) were in tez HQ and I think I started playing the chords to him and he was frothing the higher chords and sharper strumming, probably stemming from pesos. He started singing his first verse and we know when it’s happening because we both get a certain feeling, and we look at each other and say “banger” or “if I was driving in the car and that came on I’d be like faaaarrrrk.” If my memories correct the first couple of doodles with chords for the chorus happened on the spot and the bridge was an improvised pause where the song has abit of time to breathe before the last biggen.

‘Blue’ was funny because me (Jacob) Louie and Salvo were actually jamming a whole other song and between takes salvo started playing the chords for ‘Blue.’ Louie and I instantly loved how it sounded and dropped the whole last song we where working on. Started and finished blue 10 minutes later. It’s probably our oldest song so we have played it in almost every tempo and it wasn’t until we took it into the studio with Jack when we really found Blues perfect vibe.

‘Cost the Peace’ was our first record back after ‘Our Paradise’ so we really wanted to not let the success of the last release pressure us in anyway so we went into the studio with half an idea of how the song was going to go and just charged it really.

‘Never Going Home’ come out extremely naturally, Louie making chords up pretty much as Finchy made the lyrics up right then and there. Nothing was pre conceived it all happened organically from where the chorus and bridge would come in it was like we where talking telepathically. The next week we took it to the rest of the boys where the song was electrified slowed down and brought to life.

The Terrys’ new EP ‘The TerrySonic Mixtape’ is out now. You can buy/stream it here. 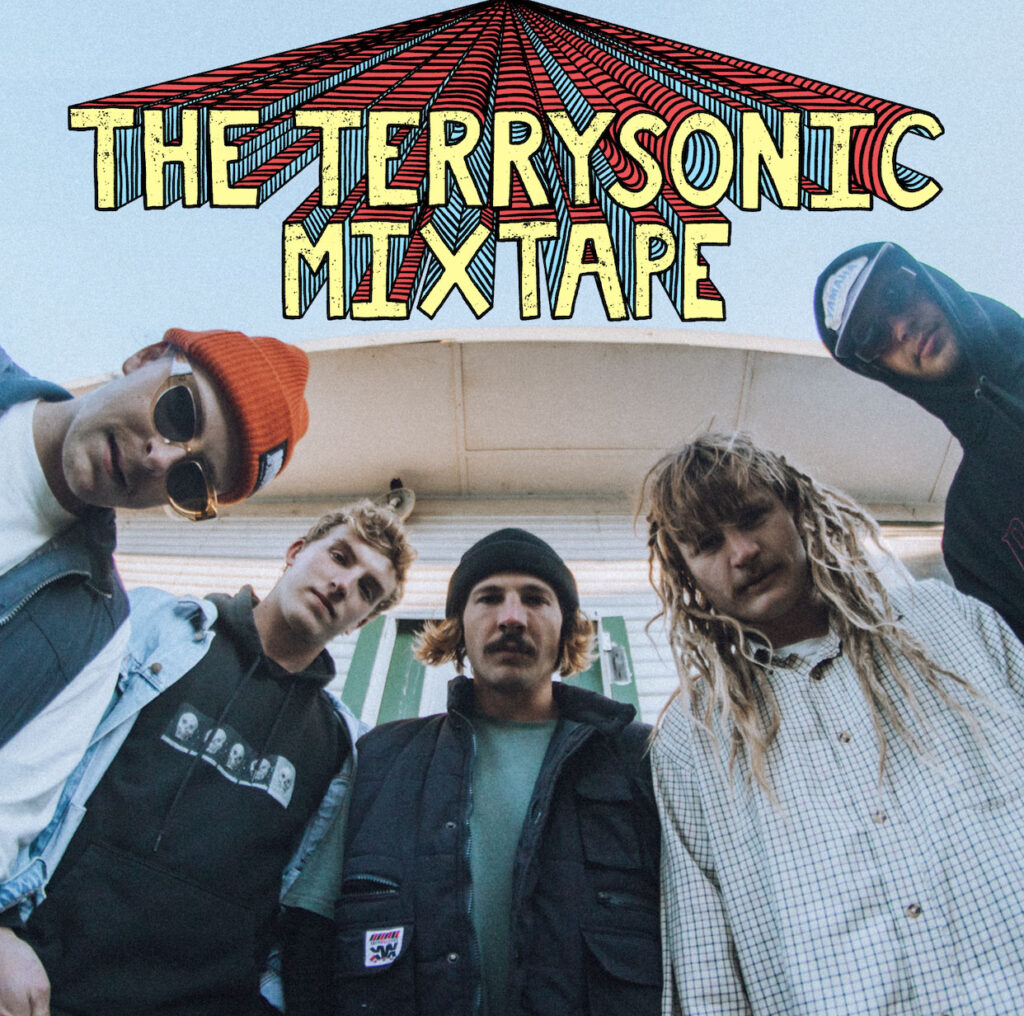 Share this
Track By Track: The Terrys Walk Us Through ‘The TerrySonic Mixtape’