Three years following his acclaimed Aussie tour that saw him play the likes of Hordern Pavillion, Margaret Court Arena and Jumanji festival to sold out crowds, Young Money alum Tyga has announced his return to Aussie shores for the It’s Too Loud I Can’t Hear You tour.

Set to kick off at Perth’s RAC Arena on December 13th, the six-day run will see the ‘Juicy’ rapper play his biggest Aussie shows yet, with the likes of Sydney’s Qudos Bank Arena, Adelaide Entertainment Centre, John Cain Arena and more all slated to host the superstar MC.

The news comes following a string of newly-released singles from the veteran rapper, the most notable of which being his viral collab with Doja Cat, ‘Freaky Deaky’. No doubt the track will get a solid rinsing at the upcoming slew of shows, along with an assortment of singles from his latest album, 2019’s Legendary.

No doubt the rapper’s return is set to be well worth the wait. Presale tickets for Tyga’s Aussie tour (exclusive to Telstra customers) goes on sale next Tuesday at 9am, with general sale available from 10am on September 30th (via Ticketek). For now, check out the full list of dates for the It’s Too Loud I Can’t Hear You tour. 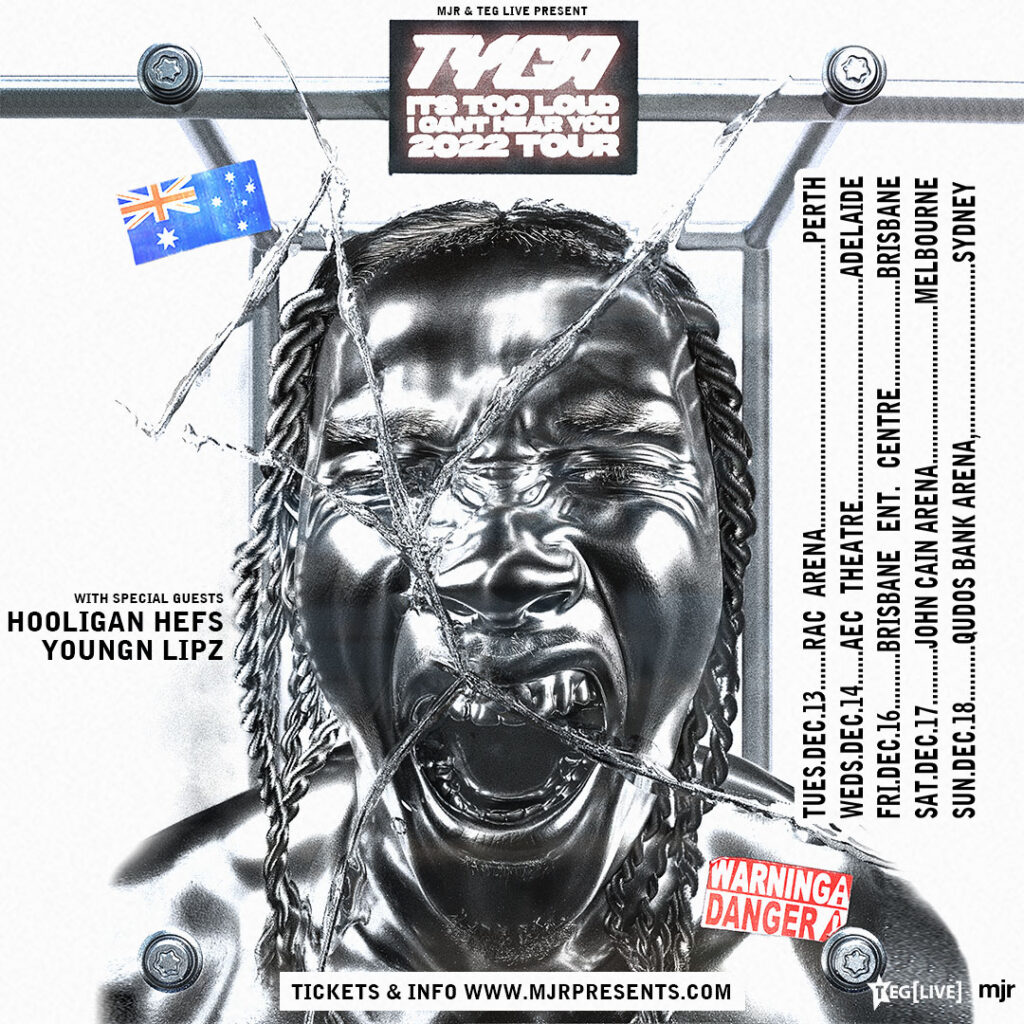