Songs of worship and wonderful creation…

Prepare to venture beyond the expanse and be blinded by the brightest of galaxies, as Sydney psych-outfit Kimono Drag Queens are projecting cosmic rays of the most gorgeous kind. Their latest tune ‘Delilah’ (out today) and accompanying visuals are a total inferno of the senses, characterised by a boundless energy that builds and builds, finally exploding like a supernova of creation that shakes the soul to the core.

The song follows the group’s return to a ‘Hunters’-esque intensity, utilising badass guitar riffs and solos that overwhelm and conquer. Those very guitars also indulge in some cheeky call-and-response with singer Harry Webber’s noirish vocals, keeping up with the frontman until they collide in sweet ecstasy. Once said collision occurs, you really get an in-depth look at the compositional complexity the Sydney-psych shamans paint with, enthralling you into voodoo wonderland with lush songwriting and instrumentation.

The accompanying visuals see the Drag Queens link up with Sydney production powerhouse Dirty Five aka Claire Salter and Clover Ryan, with shooting from Liam French and Throat Pasta. The result is mesmerisingly-vivid, following the lovely Bonnie Elvin as she moves with the alluring danger and unpredictability inherent to the psych-lords. We also get some glorious shots of the many individual members of the band, all before they come together for a soothing group sing-along that’s just so visually-satisfying. The vid as a whole just plays like a kaleidoscopic revival of the golden ages of music, ranging from 60s pop to 80s disco. Except, this disco will never die, injected with the soul of the Tuareg, the burning hunger of the daring and brave.

Opening up on the creation of the tune, singer/ guitarist Will Coleman notes “With ‘Delilah’ we really wanted to try some different things. Everything started with a concept rather than a musical idea. We wanted to write something call-and-response, so we came up with the verse, then we thought it would be interesting to have a verse where the bass pulsed and we added some sha-la-las, which is how we got the bridge. The outro just came about as we wanted to get a little heavy to juxtapose the ‘poppiness’ of the earlier parts.”

The tune is as boundless as the vid is mind-melding, overflowing with continent-spanning genres and flavours as the group continues to craft enchanting creations that are completely uncompromising. They’re one of the most unique and genre-defying bands in the Sydney scene, and we’re convinced that come the release of their album Songs of Worship this Friday, we’ll be privileged enough to witness the birth of a totally new era.

Do yourself a favour and pre-save the album here, and while you’re at it be sure to keep up with them on Facebook and Instagram to stay up to date on all of their latest projects. 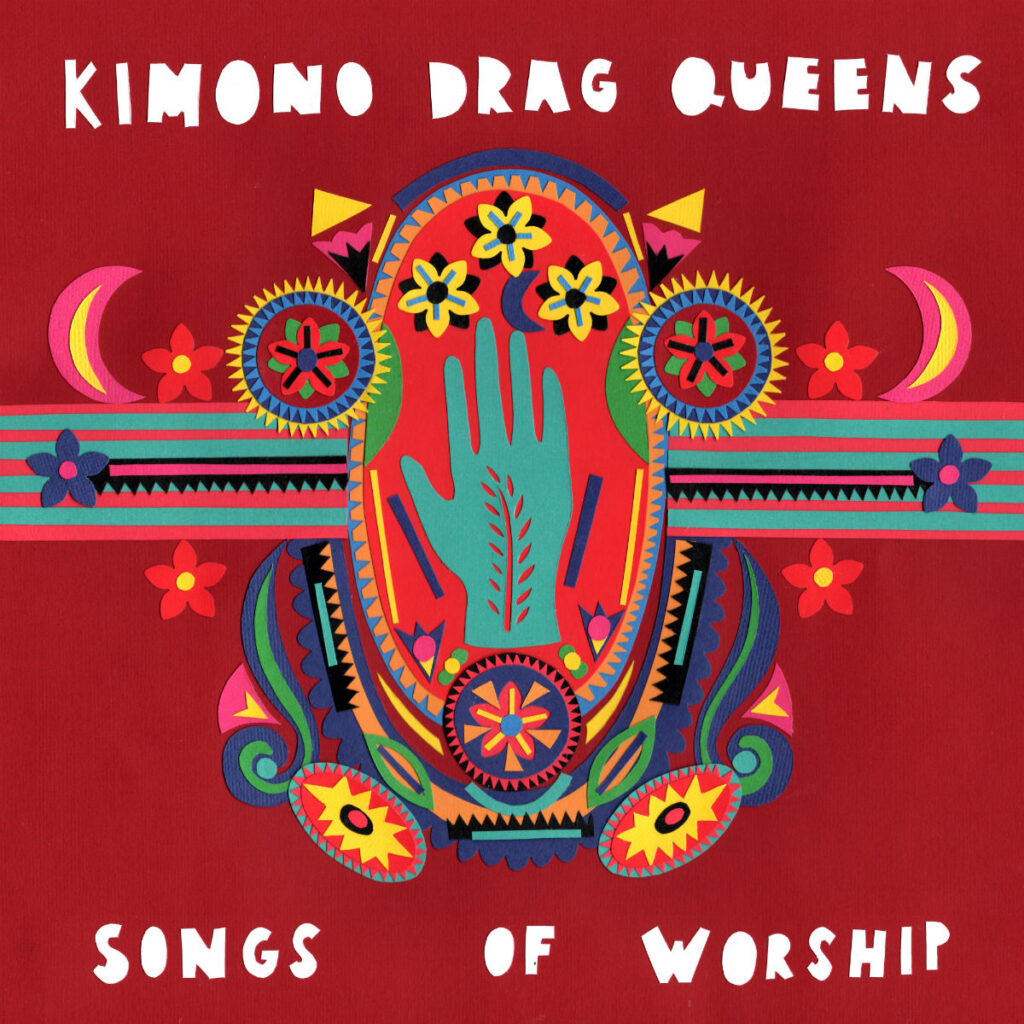 1m Interview: Froomes On Working With Flume & G Flip To Create Her Corporate Jingle Banger
What is the level above banger?